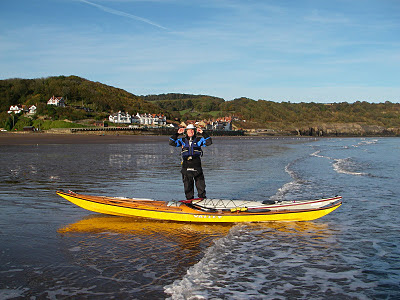 Friday we launched from Sandsend just NW of Whitby, plenty of parking and an easy launch at LW. Two days before the waves had been crashing up over the car park and part of the sea defenses had fallen in. Even today, returning at HW was not so easy, this corner of the bay concentrates the swell. 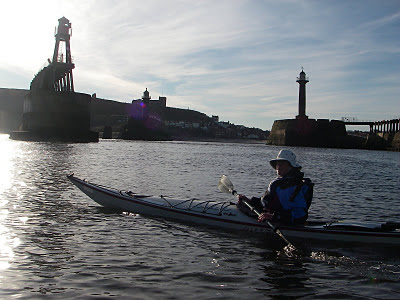 Along to Whitby, the harbour has a complex entrance of an outer funnel outside of the older breakwaters. There is a gap between these on the East side (see just above Liz's bow) , but on the West the gap has a sill with a bridge over it, swell can escape, but not the kayaker. At LW there was little movement, but the pilot says that; 'tidal flow is insignificant within the bay, but 3-4kt may flow across the harbour entrance'. 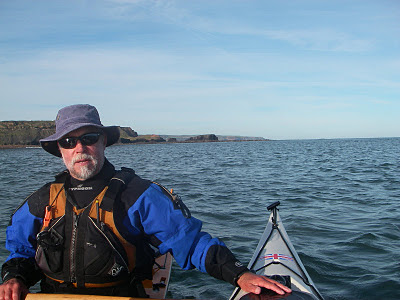 Sunnyyyy! and a chance to explore blogger etiquette now that we recognise each other from the web. 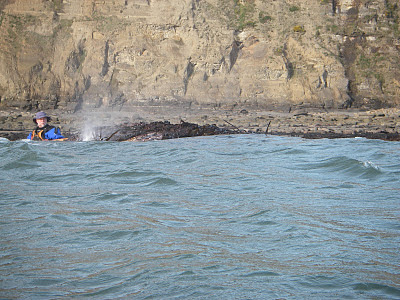 In the entrance to Robin Hood's Bay a strange sea beast was respiring energetically sending up clouds of spray. 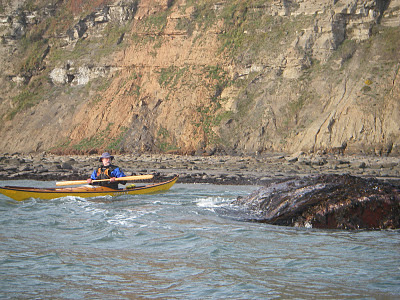 A gap in the swell and the beast reveals itself to be the boiler and engine of a wreck. 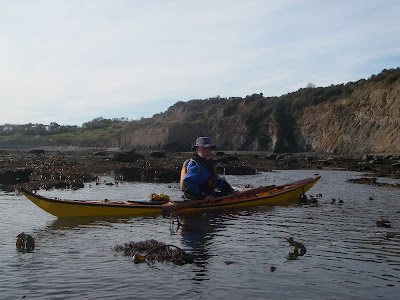 Landfall in Robin Hood's Bay, this would not be an easy landing at HW even in the light swell we have today. 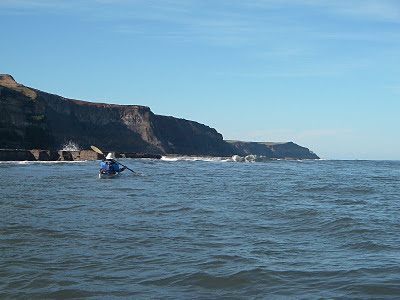 On the way back, Liz paddles inshore to look at something. 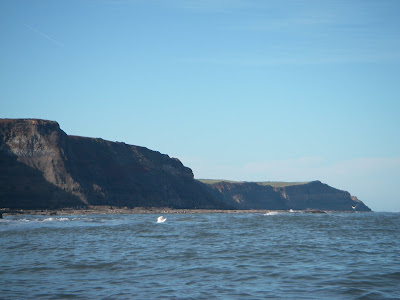 The swell rises up; hiding; boat, body, head, finally even the hat, and I hear the wave breaking.... Tow rope ready? Yes it is, and I prepare to paddle hard to the rescue. 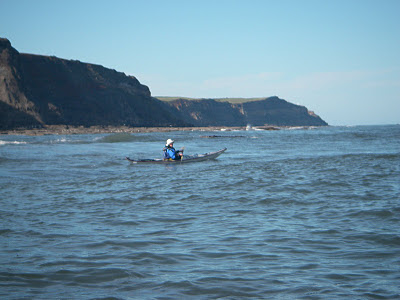 Still afloat..... the swell had only caught her stern then playfully let her go. 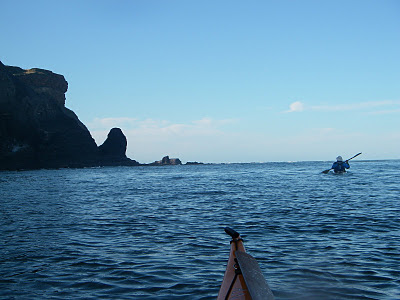 This really is a fine coast. 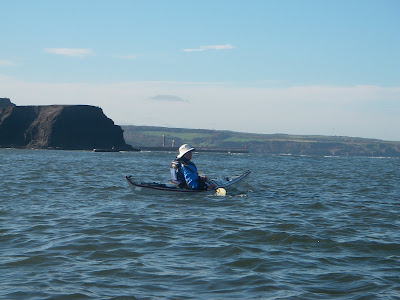 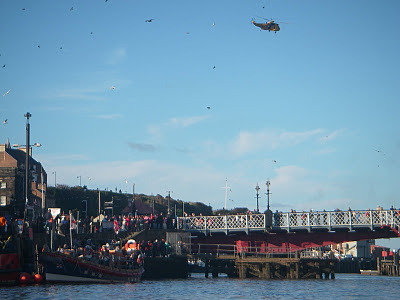 we enter the port, suddenly so busy after the empty sea, even a rescue helicopter circling overhead. 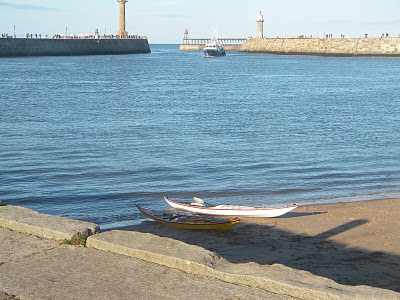 Now to plan our exit. It is quite busy with shipping in and out and the threatened 3kts across the harbour entrance is, improbably, a reality. Improbable since it should be almost slack water according to the tidal atlas and running East to West if anything, not West to East, there must be an eddy in the bay. This makes a race sweeping around the west breakwater and streaming out through the gap in the east side and cutting diagonally across between the piers in a violent eddy. The moment, in front of hundreds of onlookers, to get the break-in just right. An exit option in the west like in the east would be useful, but the sill is sucking dry in the swell, so a spirited attack on the current at the west entrance is needed. Once out of the tide, a gentle paddle back to Sandsend. Not such an easy landing and an ice cream van strategically parked across the top of the steps didn't allow space to manoeuvre our 5.20m around. Oh well, it was the end of a near perfect day out.
Posted by Peter Bisset at 13:25