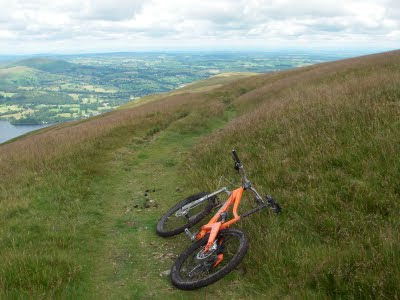 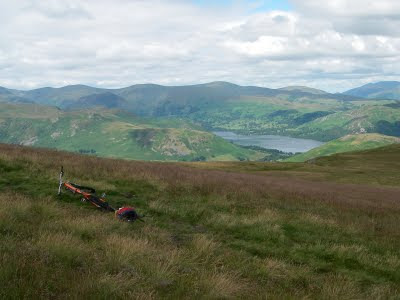 Superb views over Ullswater to Helvellyn and more distant peaks, but frustrating soggy under foot (under tyre in fact), so several walking sections despite the gentle gradient. 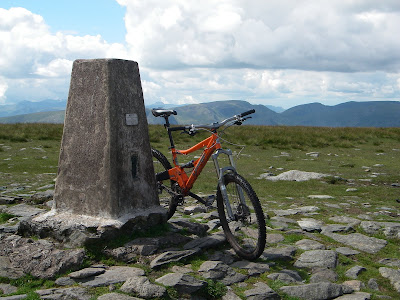 A satisfying summit (828m/2663') with one of the best vistas in Lakeland (Wainwright agrees with me). 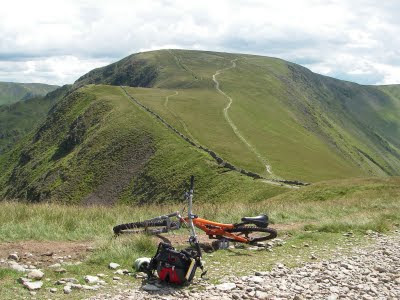 Fast downhill from the top and an easy climb to Rampsgill Head and then High Raise. It was beyond High Raise that it got soggy, so to avoid this, I followed my nose over Low Raise. 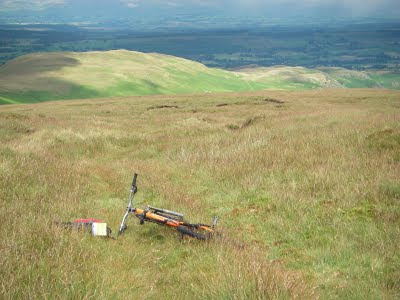 A nice fast and not too wet grassy run down losing 400m in 3km, 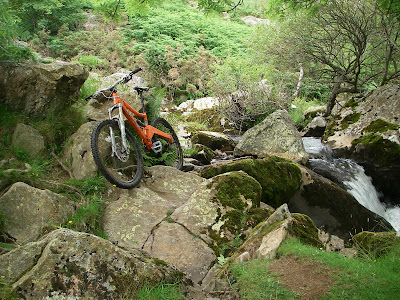