Making use of the hot weather 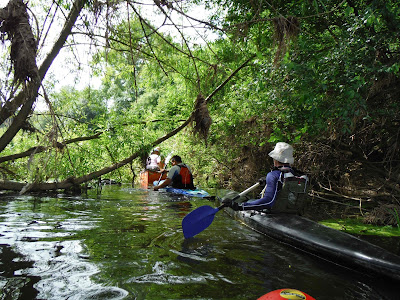 What better than exploring the jungle in tropical weather? 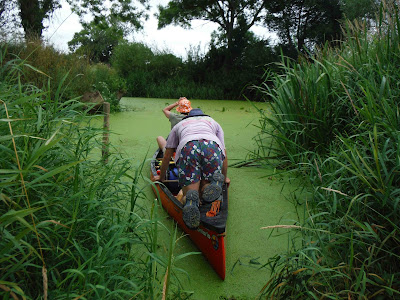 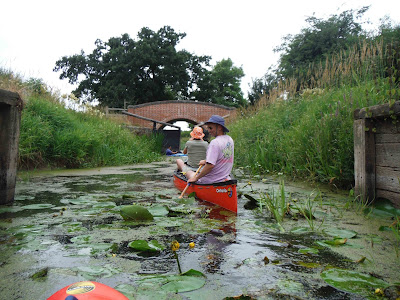 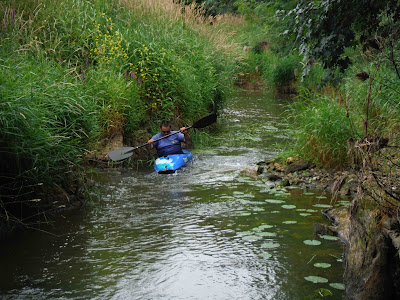 Even a 'feature'! The tropical upper Arun. 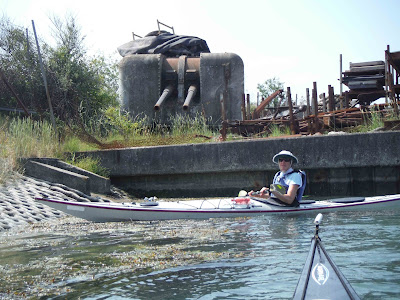 Back in salt water, forgotten corners of Portsmouth Harbour soon to be developed, 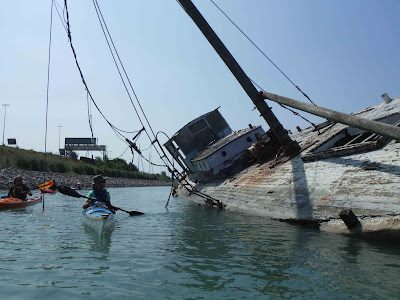 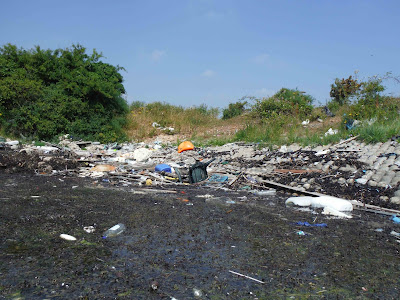 and some corners which are best forgotten!
Posted by Peter Bisset at 09:43 No comments: 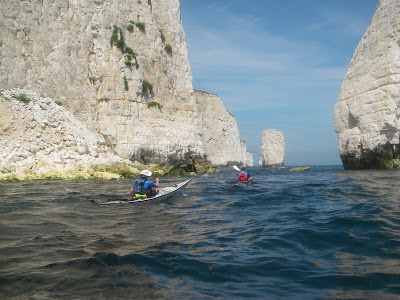 We had a lazy paddle around Old Harry last weekend, starting from Hamworthy. As always, whatever the conditions, a delightful half mile of coast. But is it the busiest in the UK? 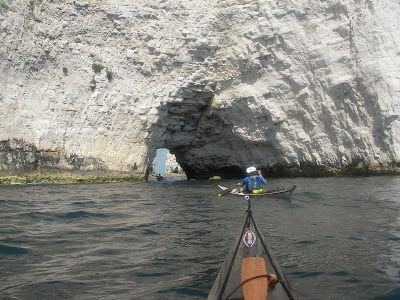 How it absorbs kayakers! There were at least 70 boats out there, 19 from our club and 35 more from two other clubs, plus a commercial youth party, some independent paddlers and fishing SOT. Yet the photos make it look deserted.

The only downside of the paddle is the constant roar of motorboats in Studland Bay and Poole Harbour. In fact on the way back opposite Brownsea Island a large traditional displacement motor cruiser in blue and white with all the flags etc. and what looked like a long retired admiral on board deliberately tried to knock me in. He came up fast on a close starboard to starboard parallel course, so I couldn't very well turn to starboard to increase the separation, luckily I didn't turn to port, as he then turned to starboard right across my bow, clearing it by inches. The wake crashed up the bow of my boat and right over my head, washing my hat off! Failed to capsize me though. I wonder if he knocks off cyclists in his Rolls-Royce?
Posted by Peter Bisset at 12:38 No comments: