Corsica; part one: the North 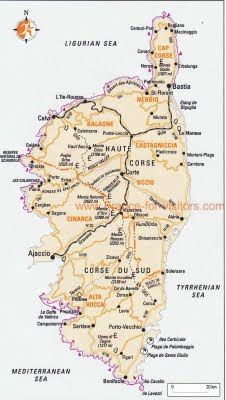 My absence from the web should not be read as abstinence from paddling, I was away in Corsica for almost a month, taking in both North and South as the purple line shows. Here is a snapshot of 15 days wild camping in the north. Much of the south, west and northern coast is protected by reserves and National Parks, it is these which guard one of the last unspoilt mediterranean coasts, so the rights and wrongs of exploration by sea kayak are sharply in focus. We tried to respect the regulations as far as weather and sea allowed and to practice zero impact bivouacing, taking and leaving nothing. In fact I defy anyone to find a trace of our passage; a 2m swell, strong winds and rain on the last day must have swept away even our footprints. 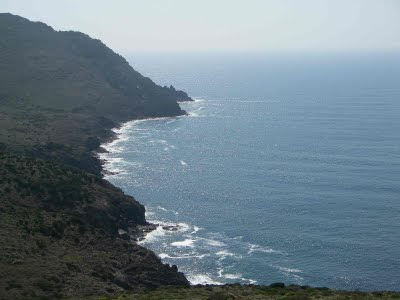 Cap Corse from the cliffs typifies the wildly eroded rocks of this coast . 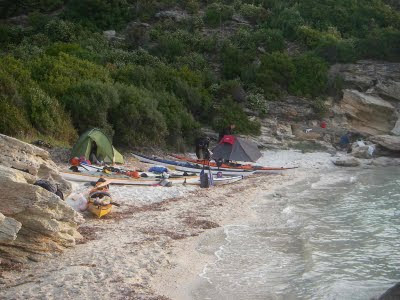 Beaches barely large enough for kayaks and camping, with impenetrable maquis behind. Check out the HW mark. 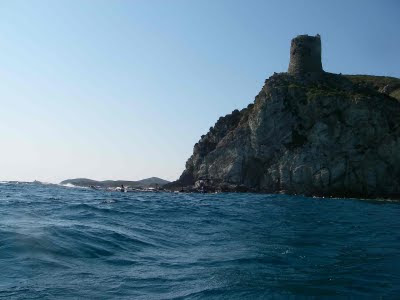 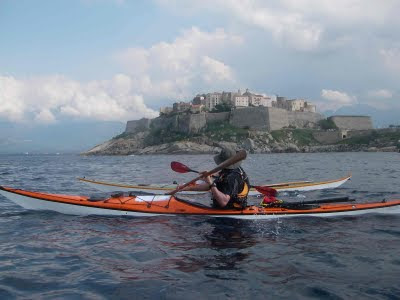 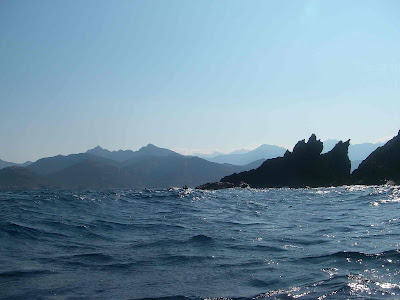 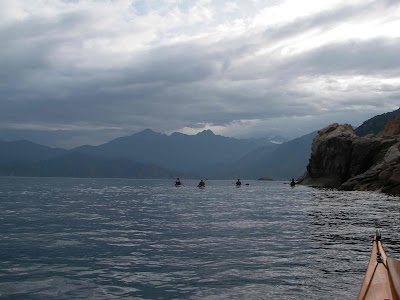 in the Golfe de Porto . 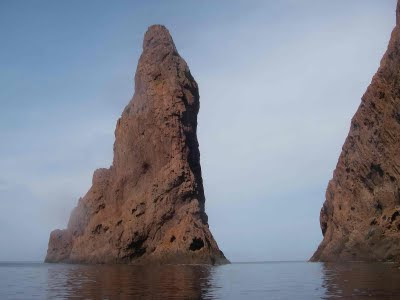 Scandola, there are kayakers at the base of the cliffs on the left to give the scale if you click on the image. 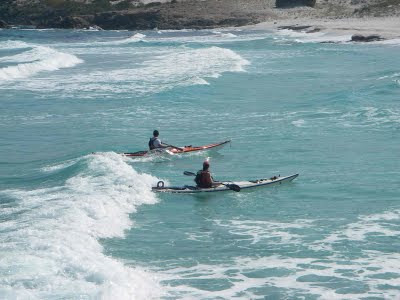 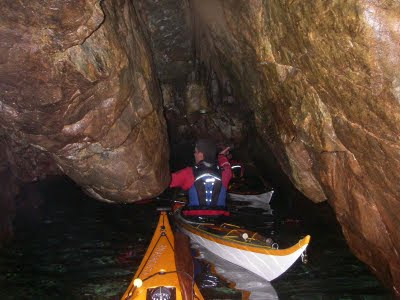 However, the overiding memory of this coast are the caves , caves and more caves 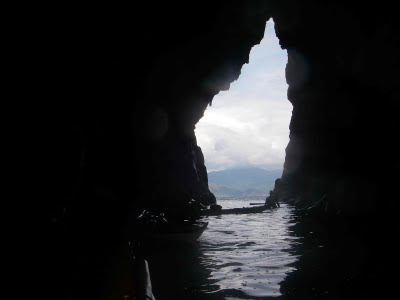 We flock together! three migratory Anas acutas enjoying the calm darkness; though the cave sounds of booming and gurgling are all around. 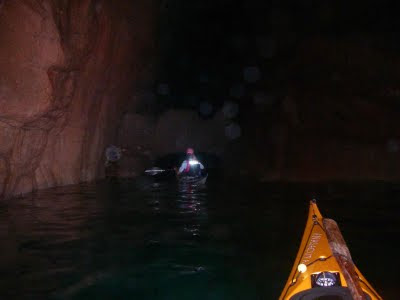 Caves to the extent that the rough waters around Capu Rossu can be largely avoided by paddling inside the mountain.
Posted by Peter Bisset at 09:49 1 comment: