A where is it and a what is it. 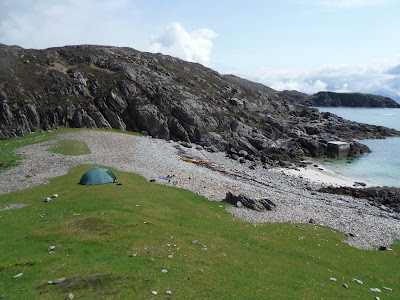 Easy to recognise this spot, but did you find the lighthouse keepers well nearby, did the pine marten gambol around your tent, did you find the massive stone age midden in the dry cave nearby. 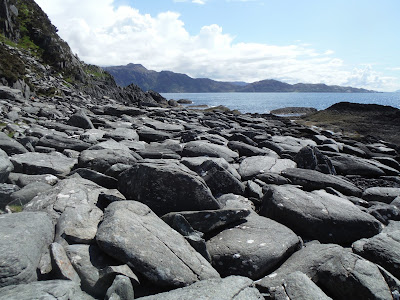 Near the entrance of Loch Nevis this pavement caught my eye. I'd seen similar arrangements in Greenland made by ice and frost more recently -only the icebergs were missing from the loch.
Posted by Peter Bisset at 20:36 No comments: 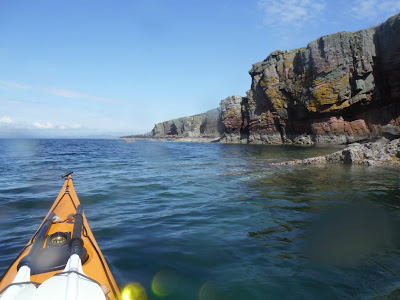 The three Crowlins are small, especially the northern most, but you could spend weeks there and still find something new every day. 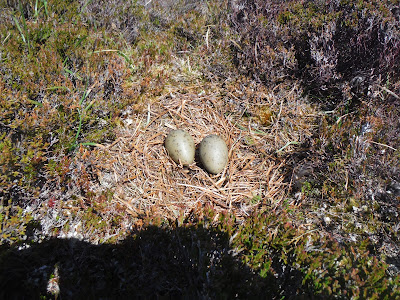 A place where even the Bonxies are pretty laid back, this one let me look at its nest as it was sitting a few feet away with a quizzical rather than an angry look. 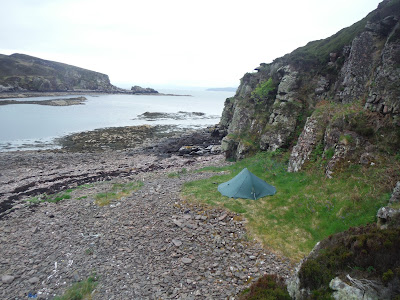 Camping spots are tight on the wave cut ledges just above HW, you can circumnavigate at this level with a bit of scrambling. Indeed clambering into the interior can be hard work. I had to re-open an old well for drinking water near the lighthouse. 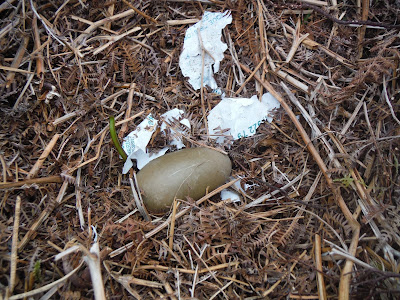 Eiders have an odd shaped egg and an eye for camouflage such a pity that plastic scraps are so universal just above the tide line the birds feel obliged to use them in order to fit in. 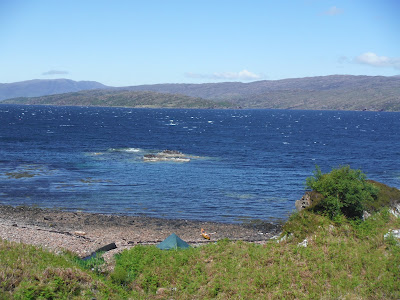 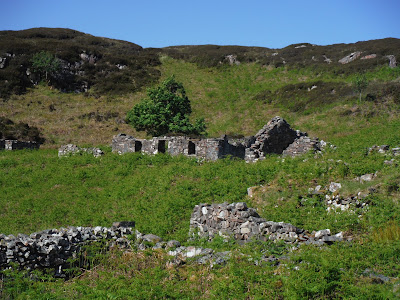 It looks a nice place to have lived. 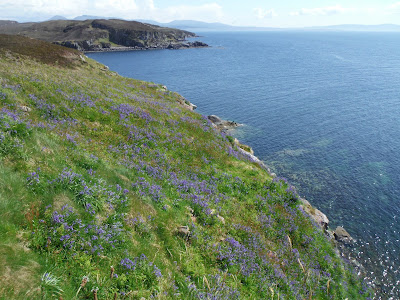 Not too many sheep so space for wild flowers.

Lunching on a beach, a raven caught my eye. It was watching over an apparently dead sheep, but the sheep, wedged upside down in the rocks, moved a leg so I went to have a look. It was alive but very weak and with its wool saturated was too heavy to move. Using some driftwood wedges I slowly managed to turn it. However, it only staggered a couple of metres dragging its hind quarters then sunk down again. I diagnosed a broken back and was sad to leave it to die, but happy for the ravens who were no doubt already planning a new family with the prospect of easy food. Next day it had vanished, so must have got feeling back and been able to move off. 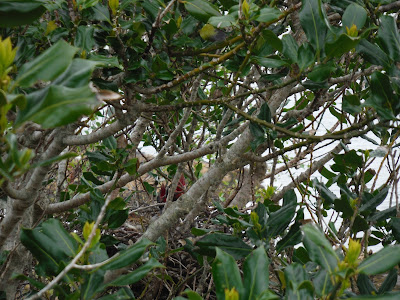 These young Hoodies near my tent seemed to be expecting me to feed them if the parents were not around -very noisy kids!
Posted by Peter Bisset at 20:36 No comments:

Home waters Lymington to the Needles

A steady F5 on the nose slowed us down, despite it being neaps the tide almost balanced the wind in places but never-the-less we were only making about 1.5kt on average. Eventually we ran out of tide still short of the Needles. Once it turned against us the only thing to do was to enjoy the blast back through the Hurst narrows. Warm and sunny, the sea would have looked more threatening if it had been cold and grey. A great day out on the water.
Posted by Peter Bisset at 19:51 No comments: