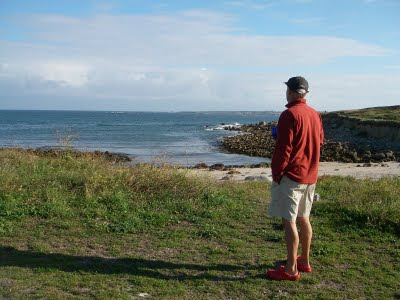 After Charente, it was nice to see the sun in Brittany at the start of the Kayakdemer.eu gathering at Lampaul-Plouarzel. 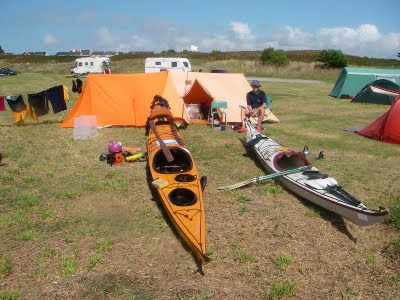 Camp established, it was onto the water for the international meeting of some 150 sea kayakers. 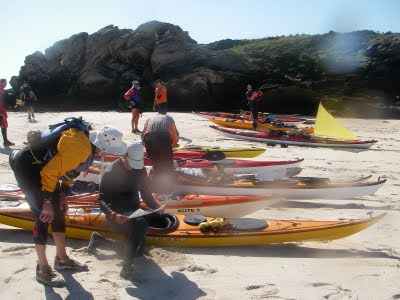 Dividing ourselves into 10 member multi-lingual peer paddles with careful records kept at the centre so no-one could go missing. 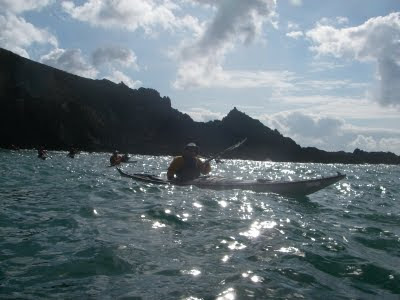 The Pointe de St. Mathieu where the coast turns east towards Brest 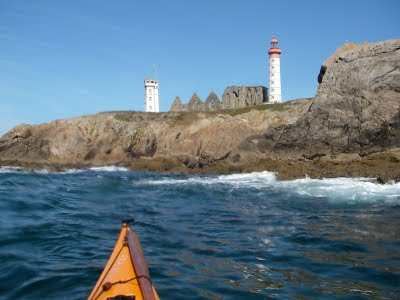 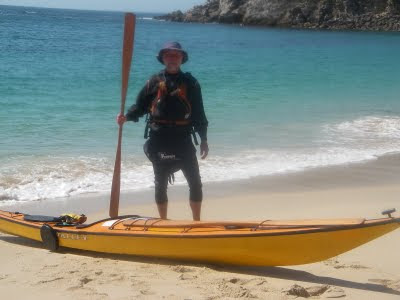 More posts to follow, once I'm back from Scout camp!

Posted by Peter Bisset at 10:45 No comments: 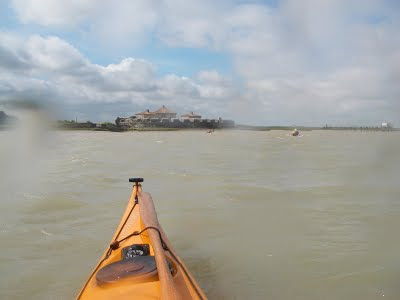 Paddling from Rochefort we took the falling tide downriver past a storybook style fort. 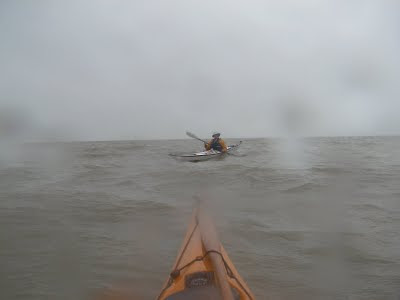 Our problem was where to land; water ankle deep miles from land, the wind was gusting 6, lashing rain; the shore of a mud which would make Emsworth look like firm sand; the water full of modern and ancient oyster beds invisible in the grey water, just ready to punch a hole in your boat. 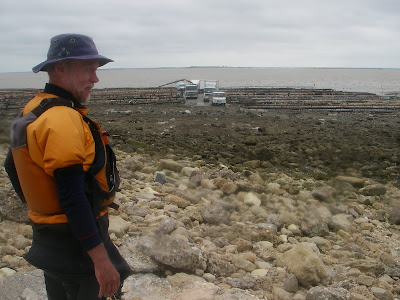 Eventually we found a place just below the lowest HGV busy on the oyster beds. 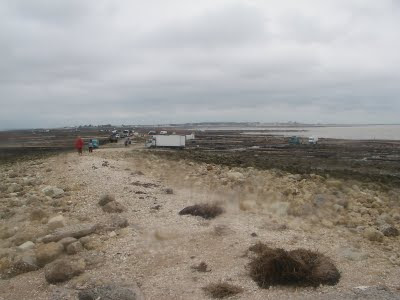 Something surreal about lunch miles from land and in the middle of a traffic jam. 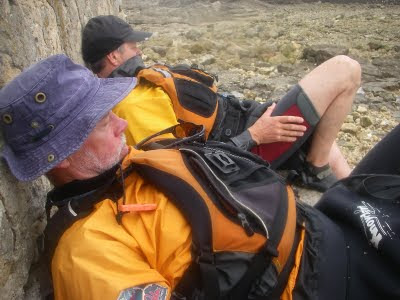 Every picture tells a story, it was a long paddle in demanding conditions.

Posted by Peter Bisset at 10:26 No comments: 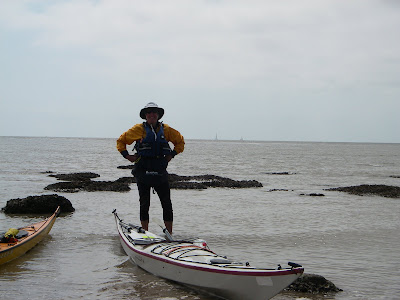 Somewhere different, the mouth of the Gironde. Our plan was to catch the tail end of the ebb from Royan for a ferry glide out to the Phare de Cordouan (just visible in the distance 5nm away). Europe's and possible the World's oldest lighthouse 400 years old this year. However, it was one of the biggest tides of the year, coefficient 120, and after covering about 2 miles we realised that there was a real danger of not making the ferry glide. It is hard to estimate current in open water, but we tried paddling uptide and at full speed found we were making about 0.5kt backwards. The lighthouse was disappearing from time to time in the haze and small races of breaking rollers sprung up here and there due to the uneven bottom. 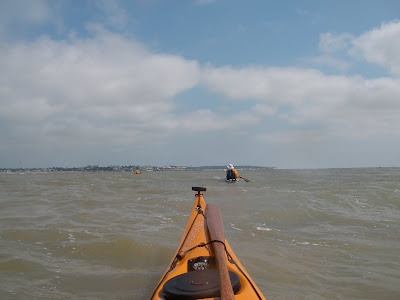 So discretion was the order of the day; retreat decided, the ferry glide back proved quite challenging as we didn't want to end up too far downtide. 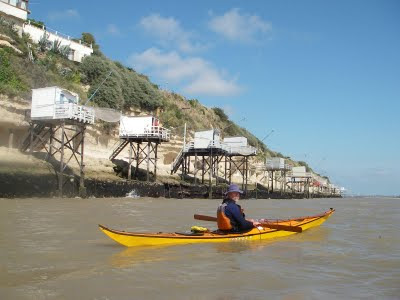 Once on back on the Royan shore, we waited for the tide to turn, then paddled inland along the coast past cave dwellings and fishing stations, 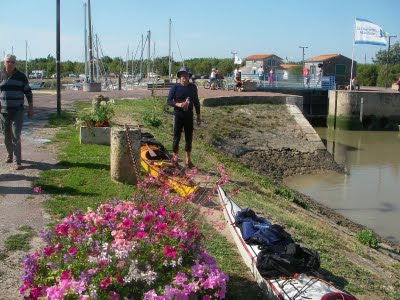 to land at the small port of Meschers-sur-Gironde.

Posted by Peter Bisset at 10:04 No comments: