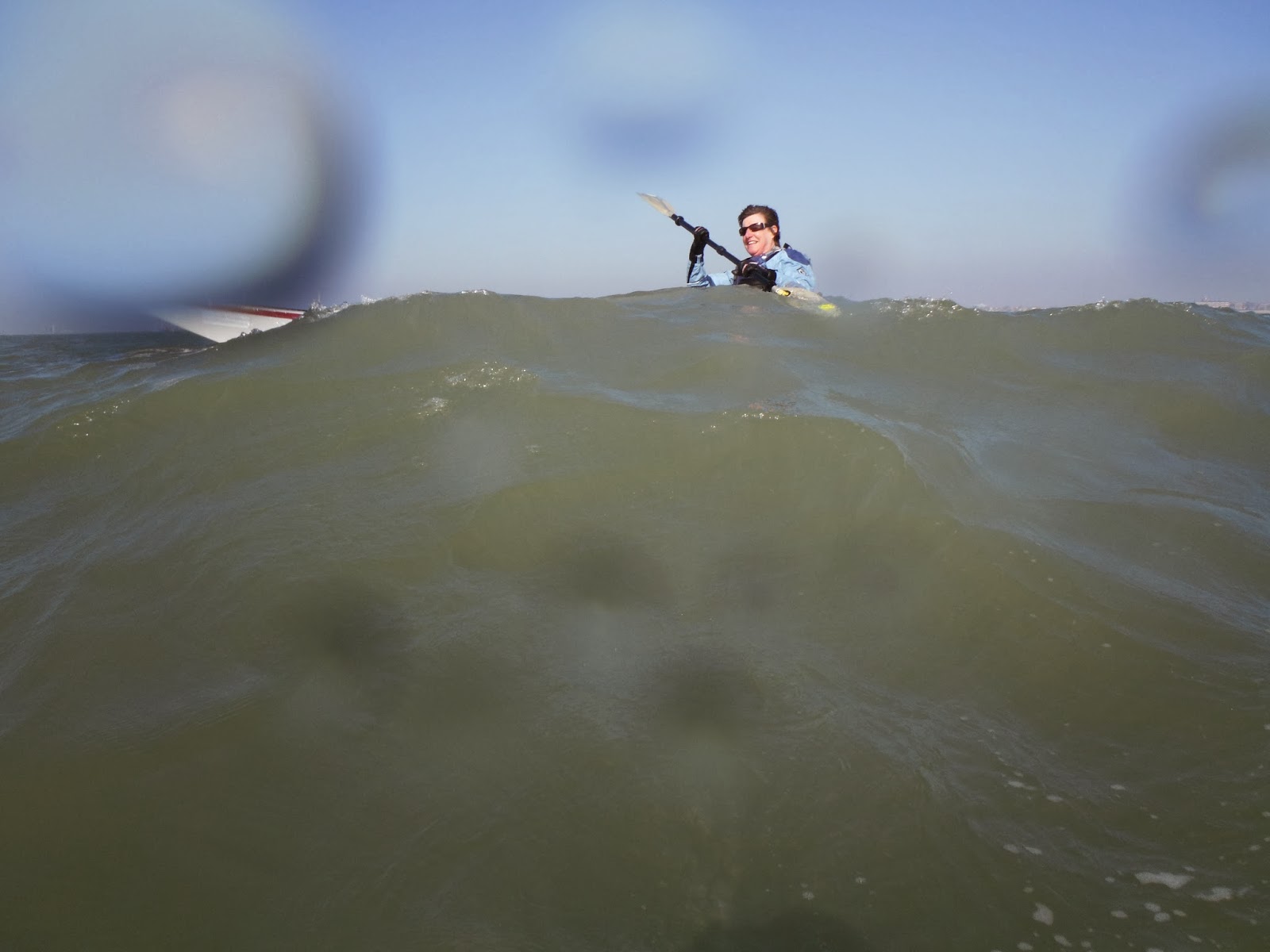 Liz, 'rolling along on the crest of a wave and the sun is in the sky' 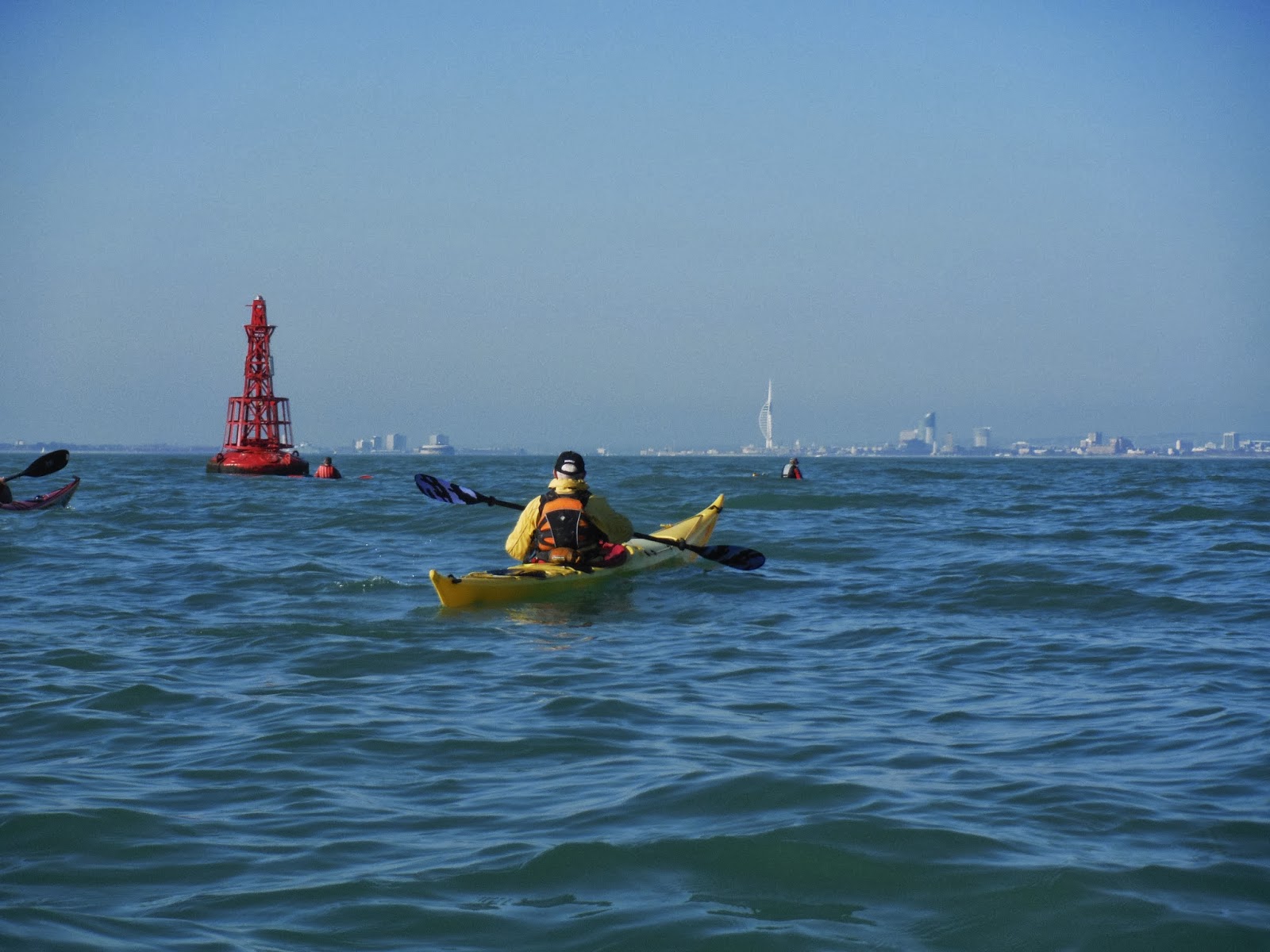 Pompey skyline from the Warner Buoy, the light sea movement gave some volume to its normal asthmatic wheeze and there were hints of deeper baritone. 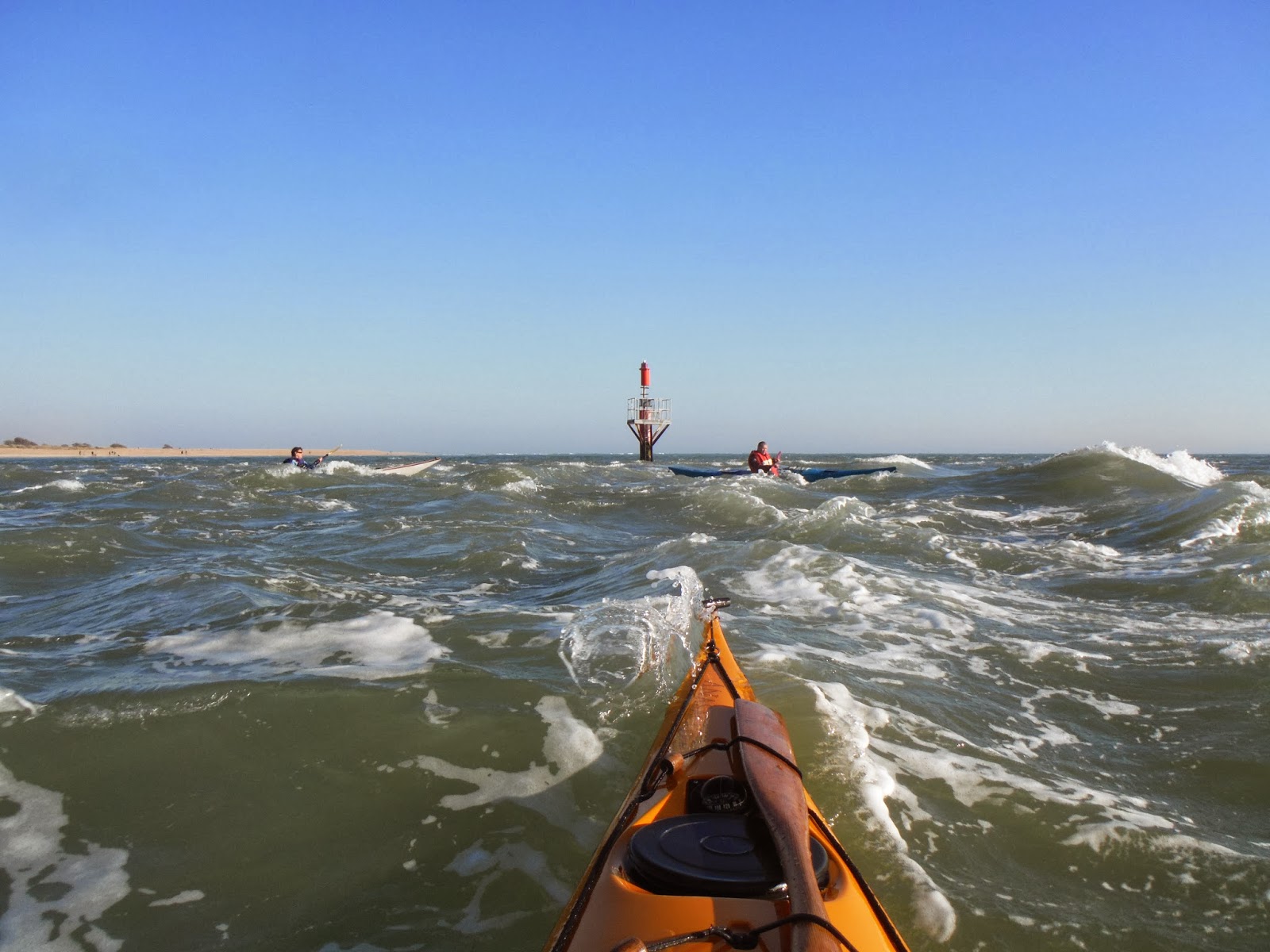 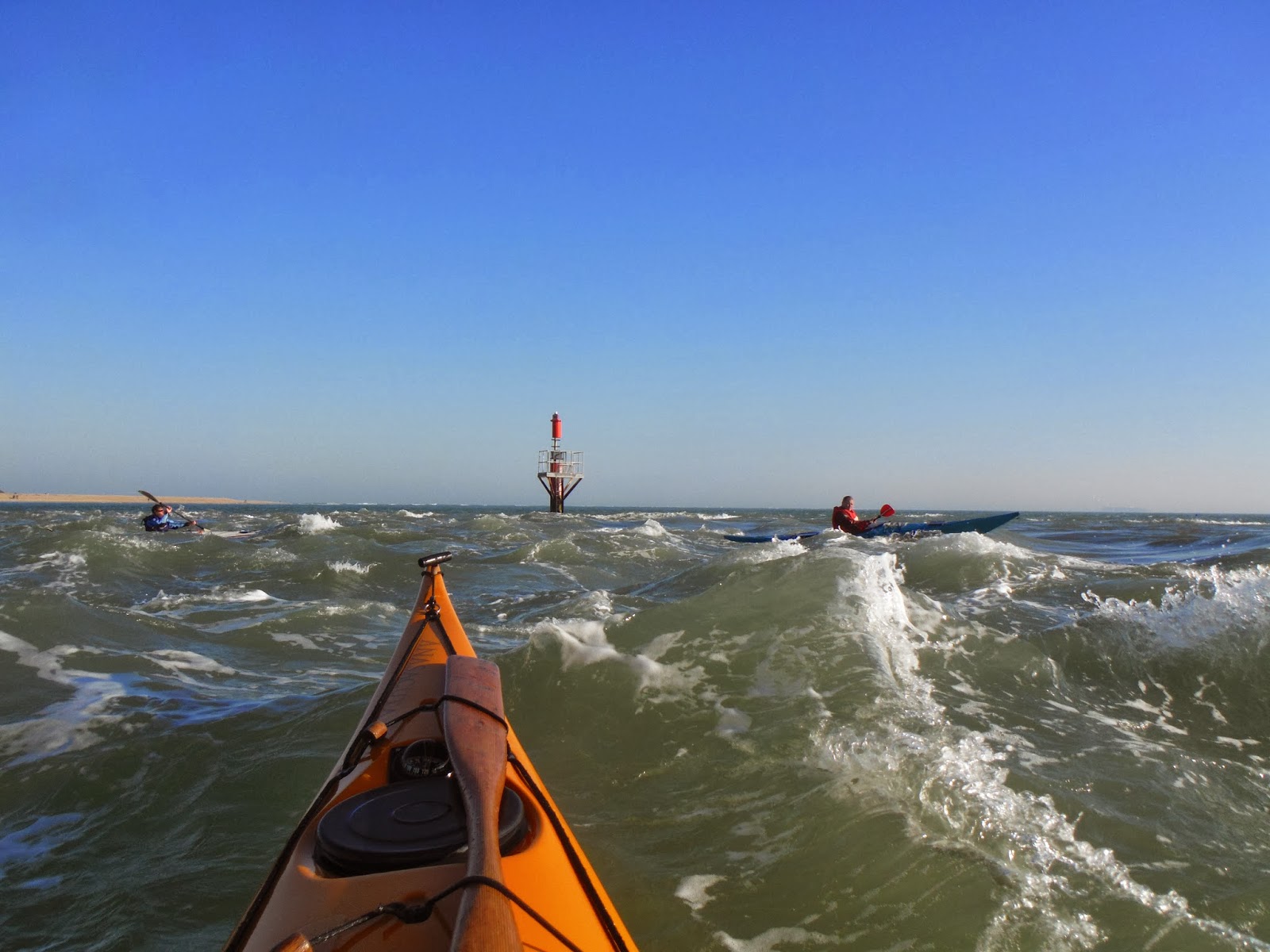 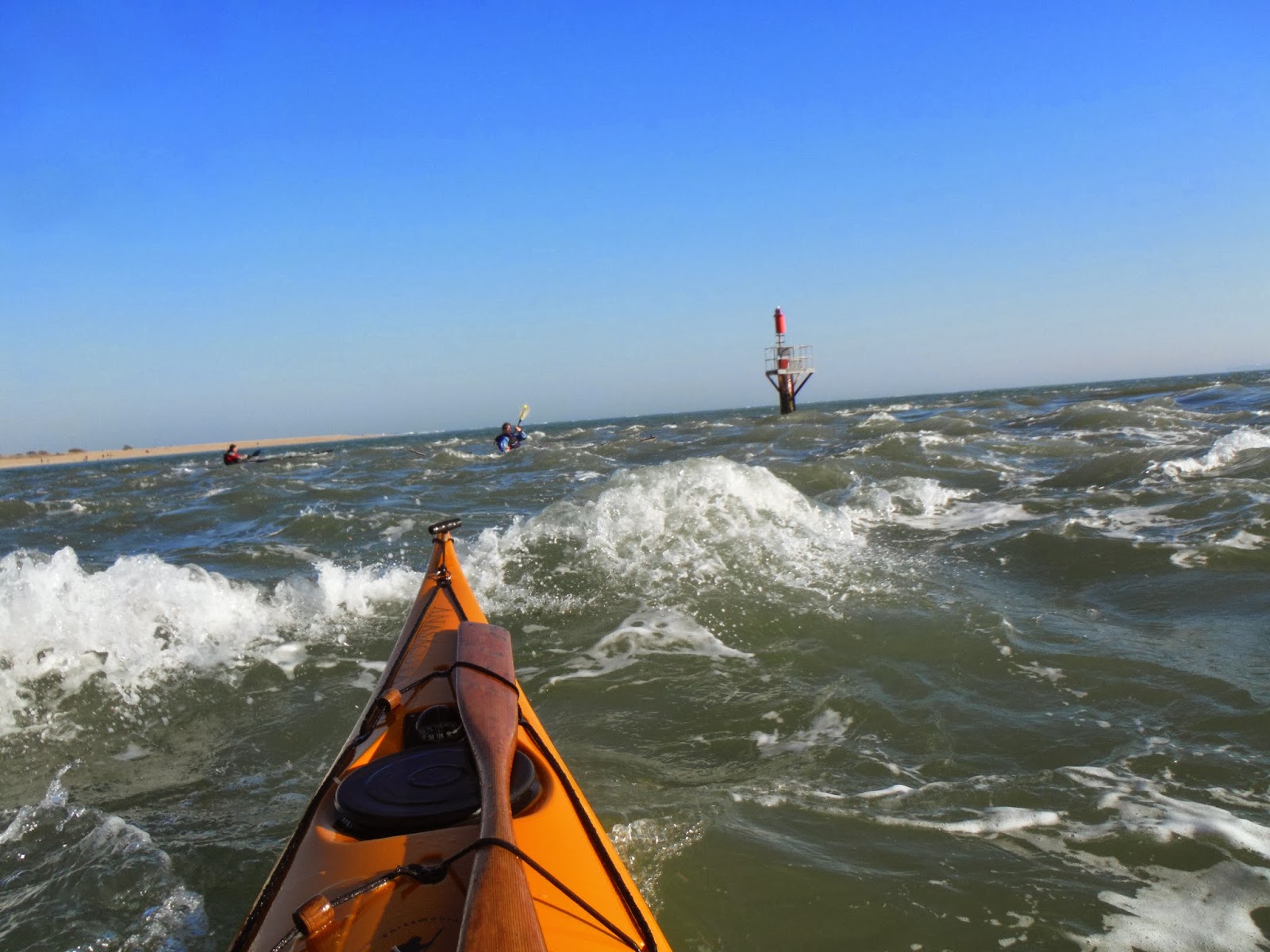 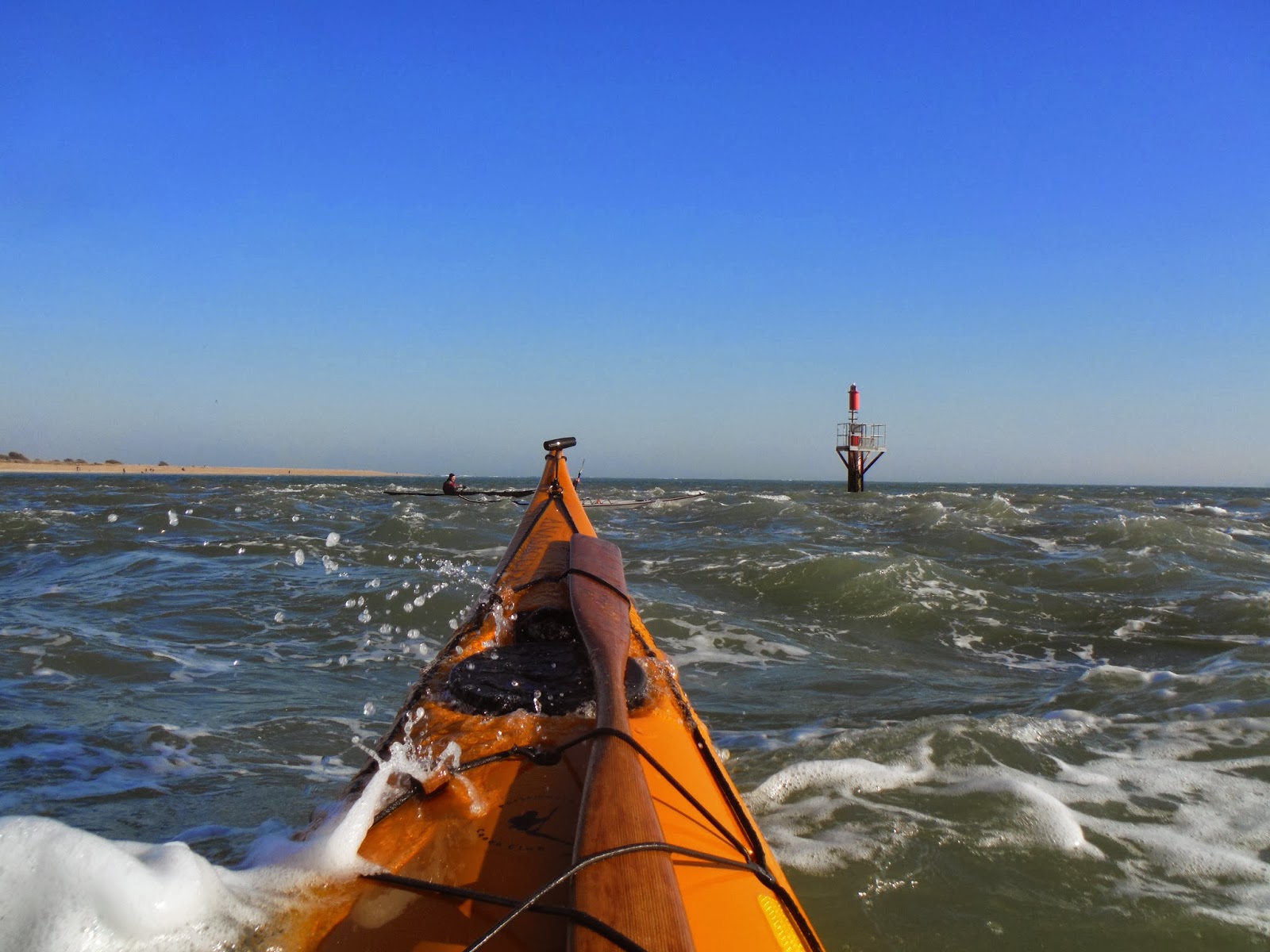 This was on a neap tide, so very friendly and I was able to take some photographs drifting 'no hands'. On a large spring tide it gives a couple of hours of spirited fun. Once my balance is good enough I'll attempt some pictures. I suppose I should invest in a headcam. Always a perfect end to the day to loosen up with some edging and braces. 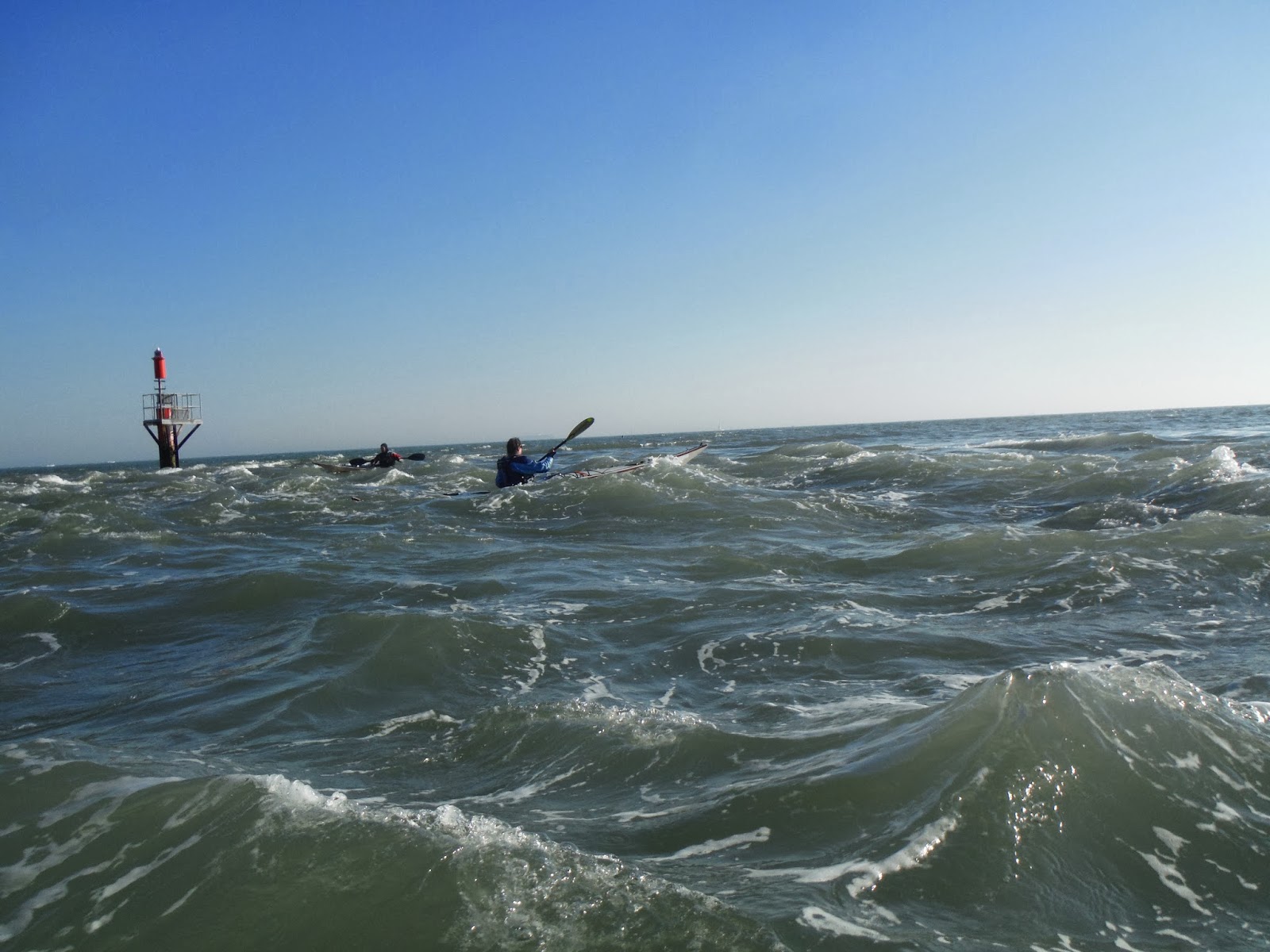 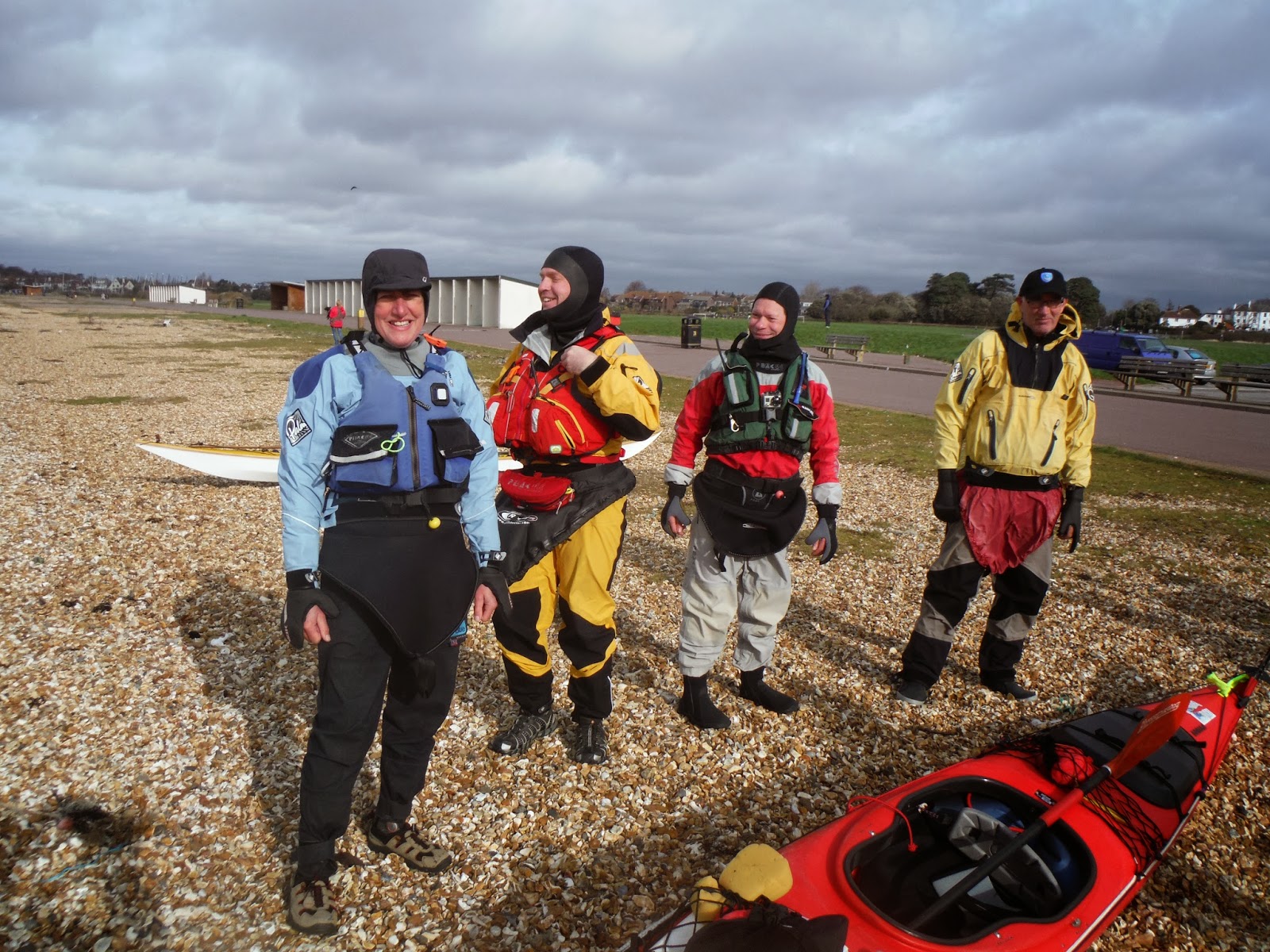 Despite the ray of sunshine it didn't look like a promising start. The wind at GAFIRS was a steady 6. The forecasts varied a bit but we were expecting at worst 4 gusting 6. On the paddle across to Calshot there were lulls of F4 evenly spaced with the 6. 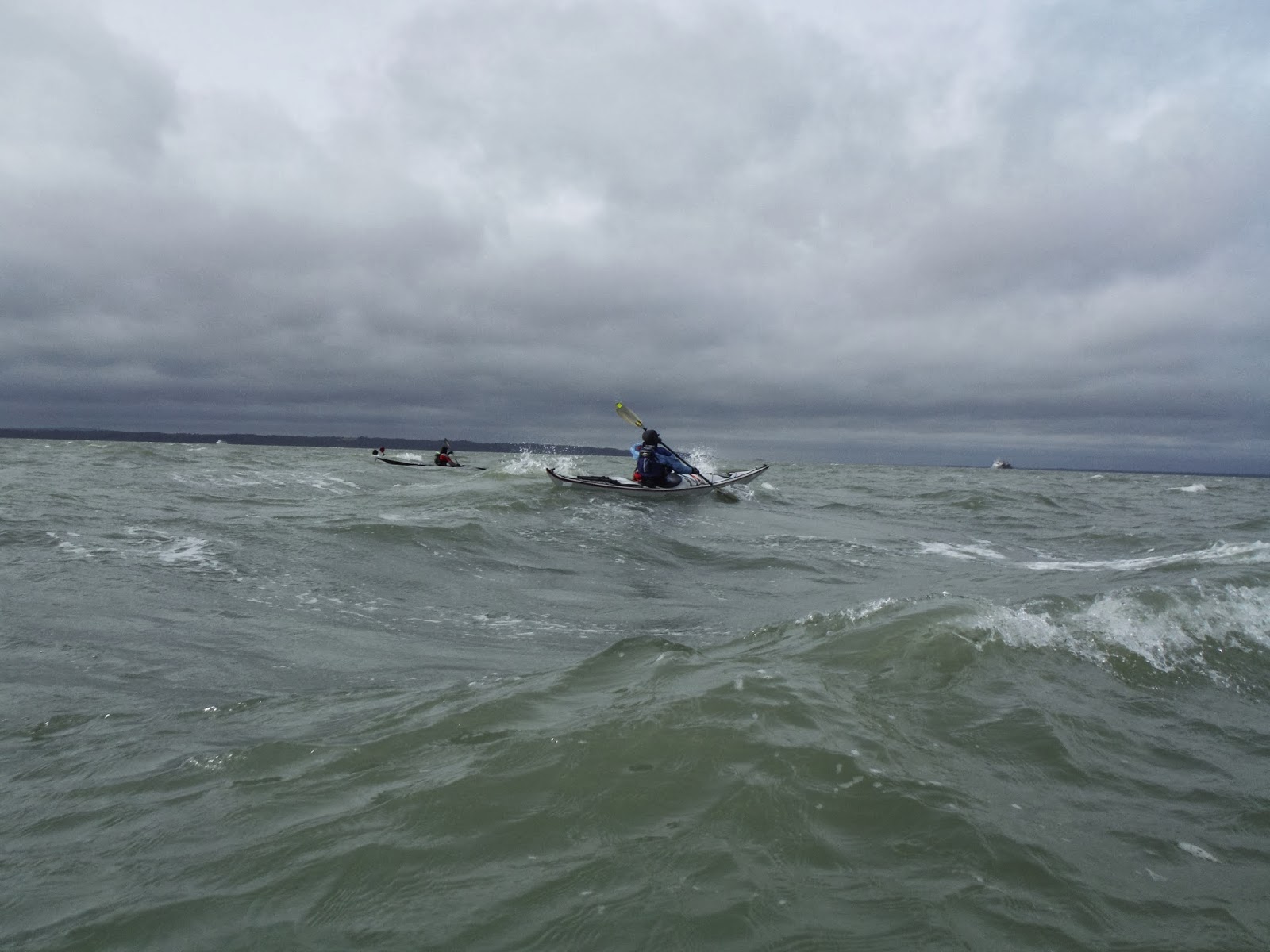 The Solent develops a closely spaced rolling chop, our course took us out towards NE Ryde Middle to gain some ground upwind and get into the full flow of the tide and then across the wind. Shipping using the North Channel and a dredger at work in the channel kept us to the north side of the North Channel instead of crossing the Bramble Bank. 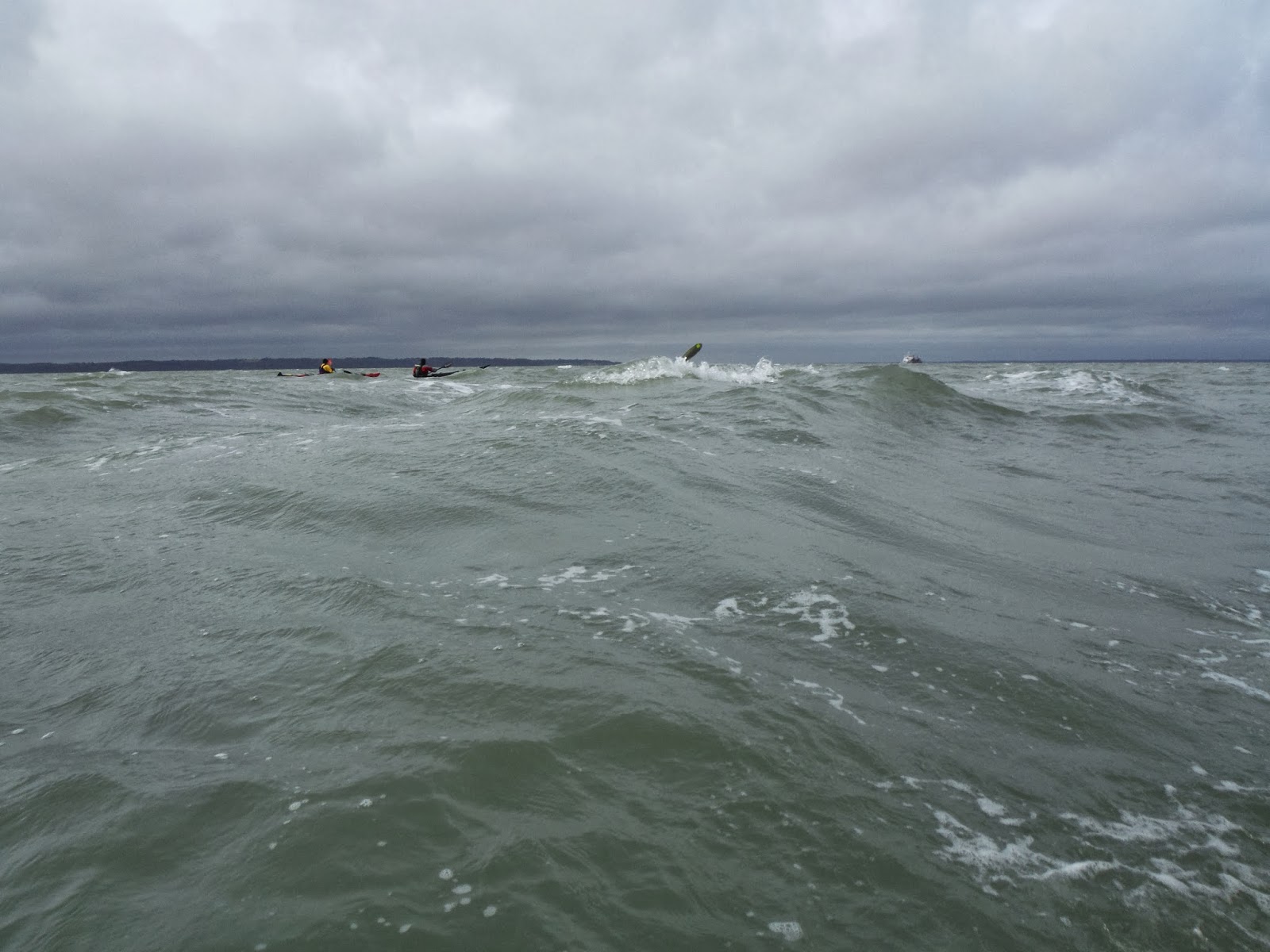 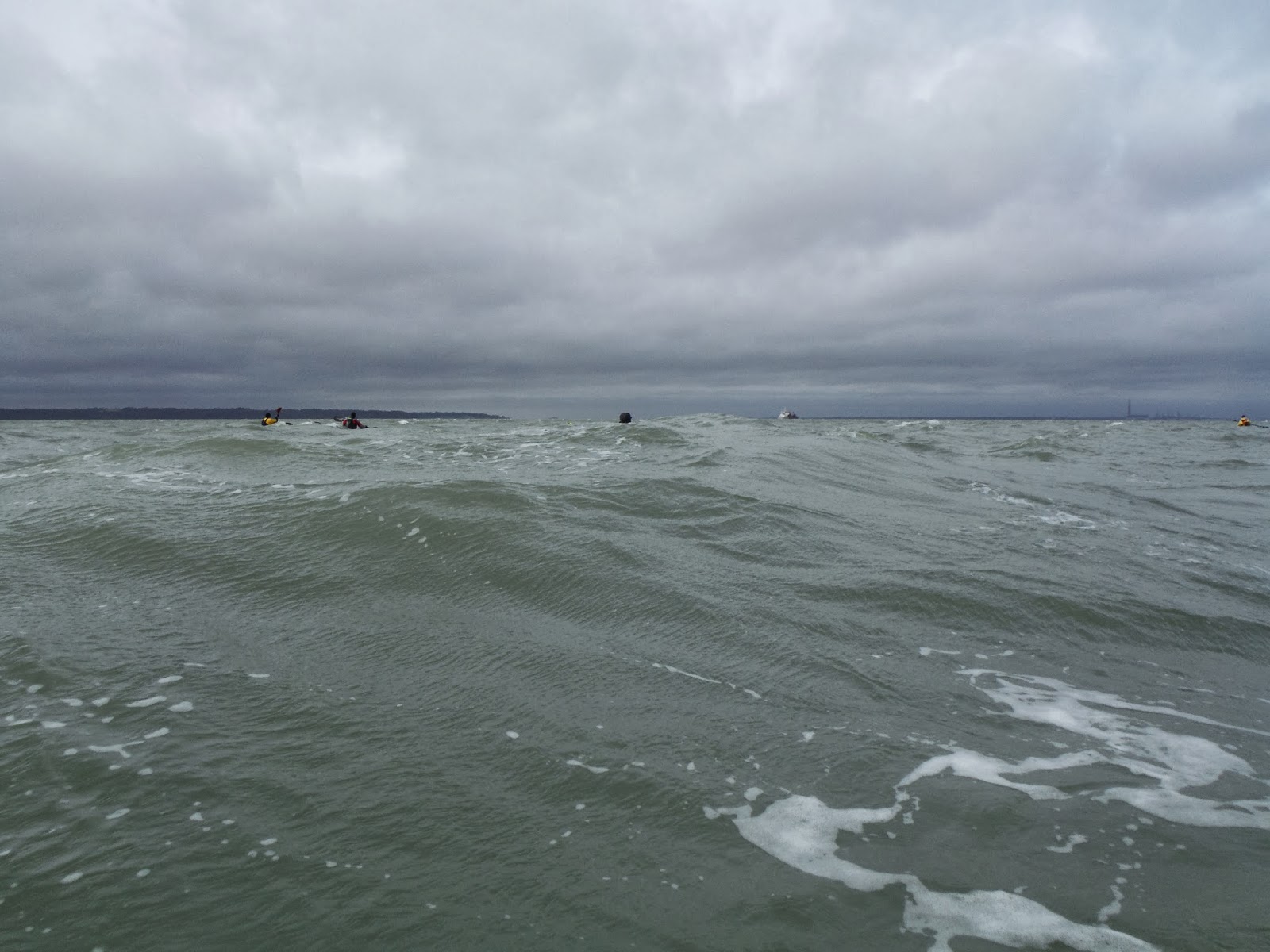 We crossed the main Southampton channel at Castle Point Buoy. An approaching container ship focussed attention on boat speed but we were well ahead of the escort cutter. The ship was having problems in the wind and going very slowly. We could enjoy a short downwind section and calm seas in the shelter of Calshot Spit. 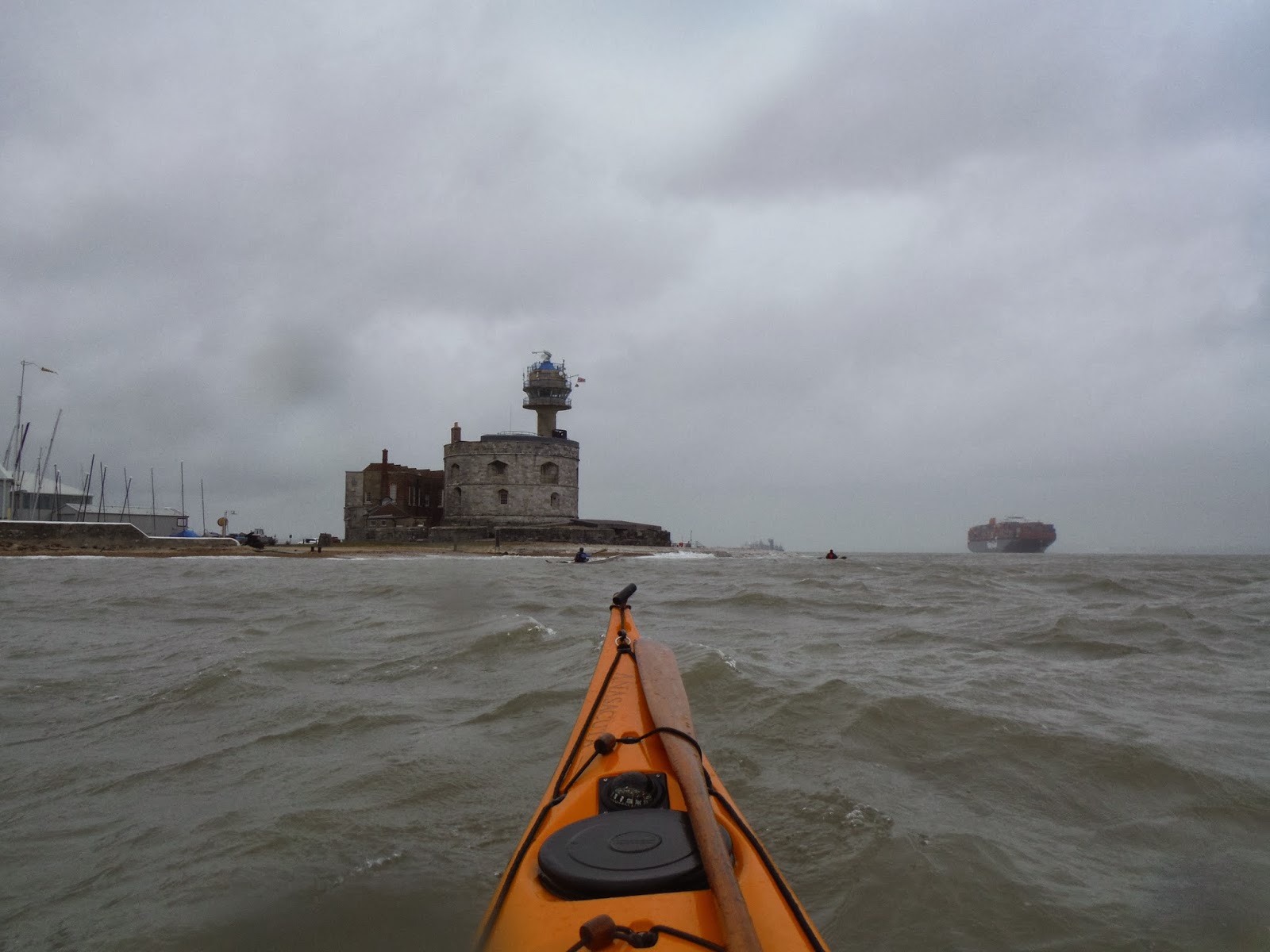 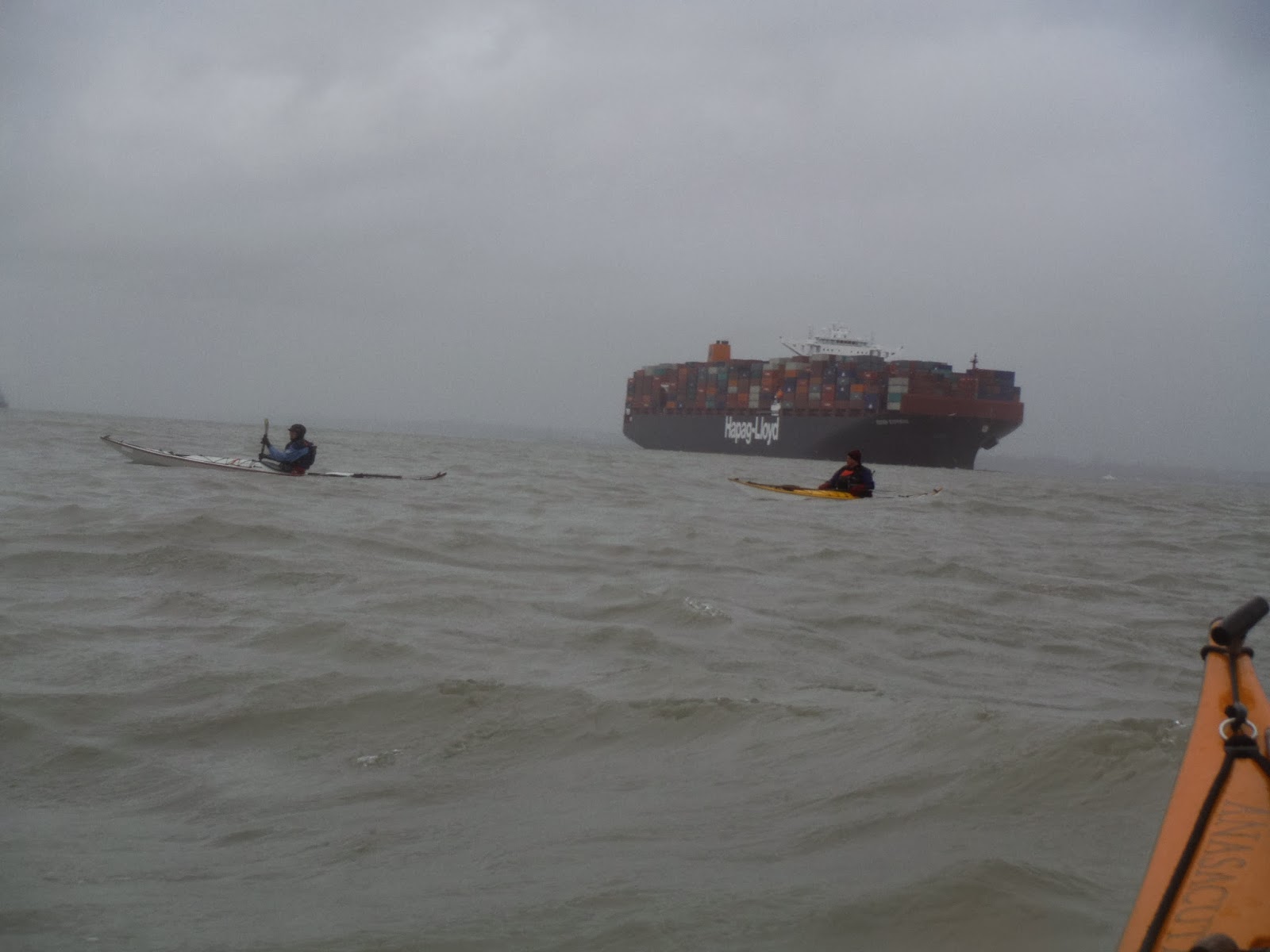 The way back we had a forecast of F5-6 gusting 8, maybe even 41kt so just into F9, more in our faces than side on, we hoped to make ground upwind between the gusts. Shipping meant that we had to make the quickest crossing from Black Jack to Reach rather than the optimum for us so ended up downwind of where we wanted to be. 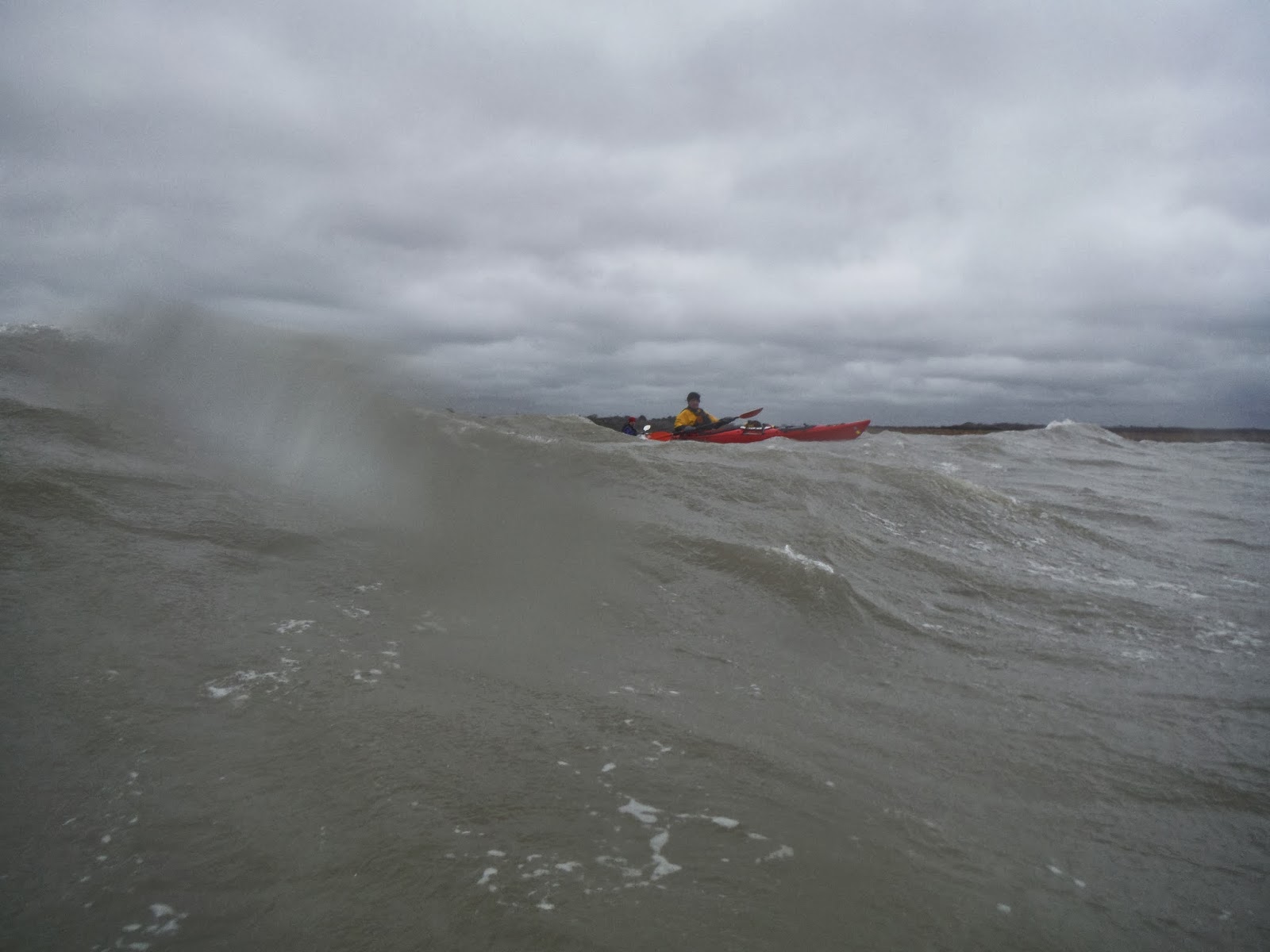 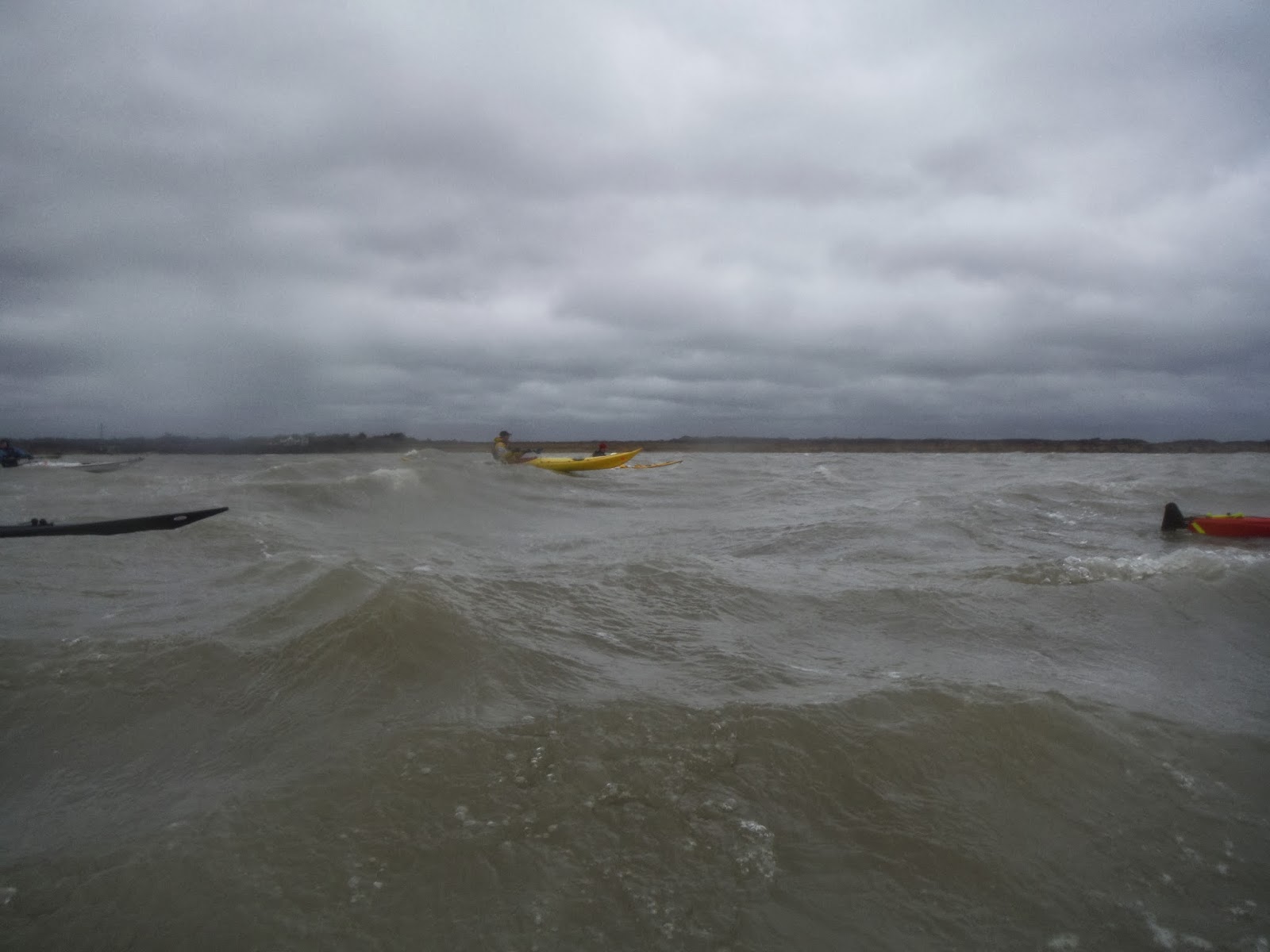 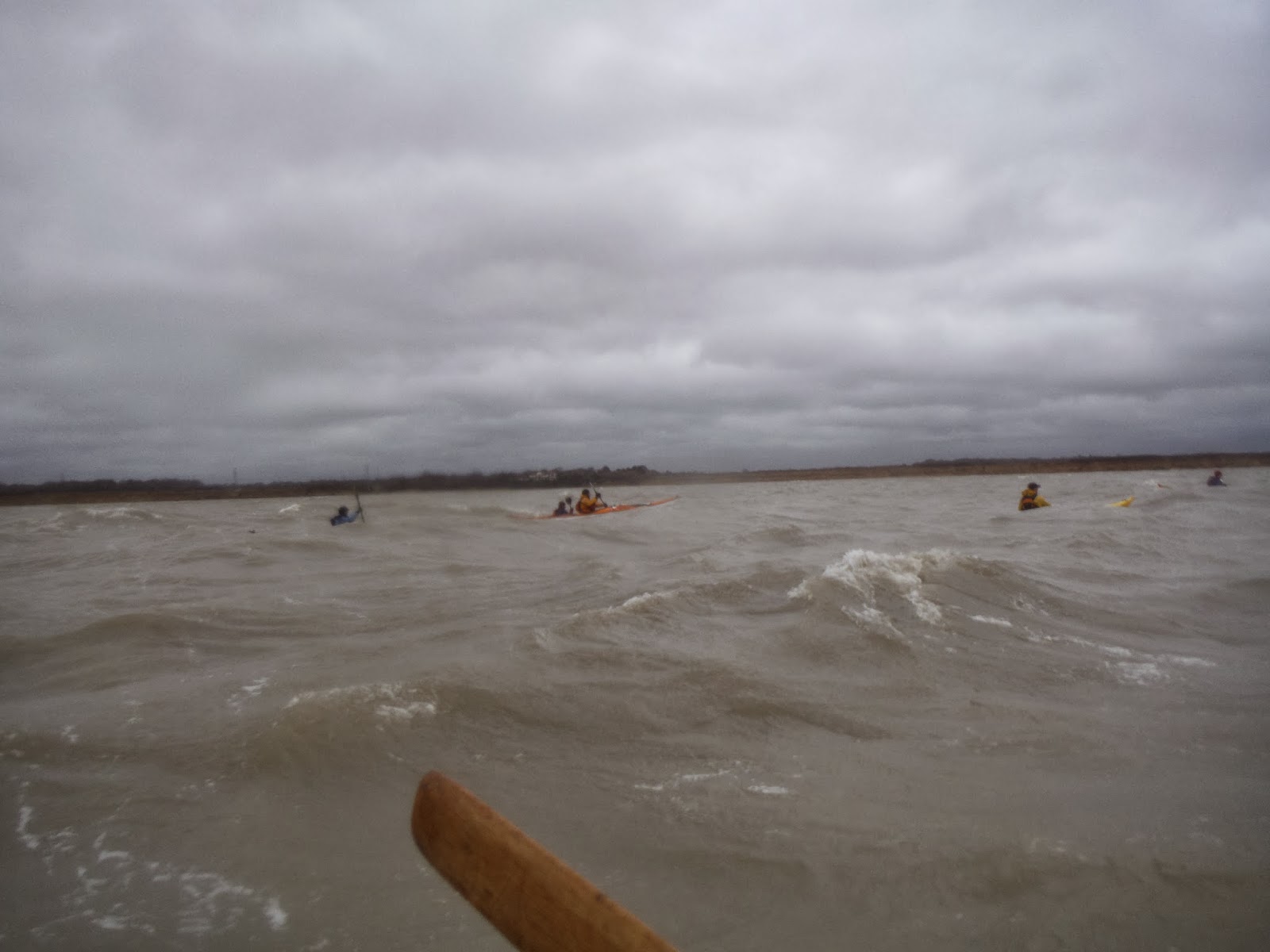 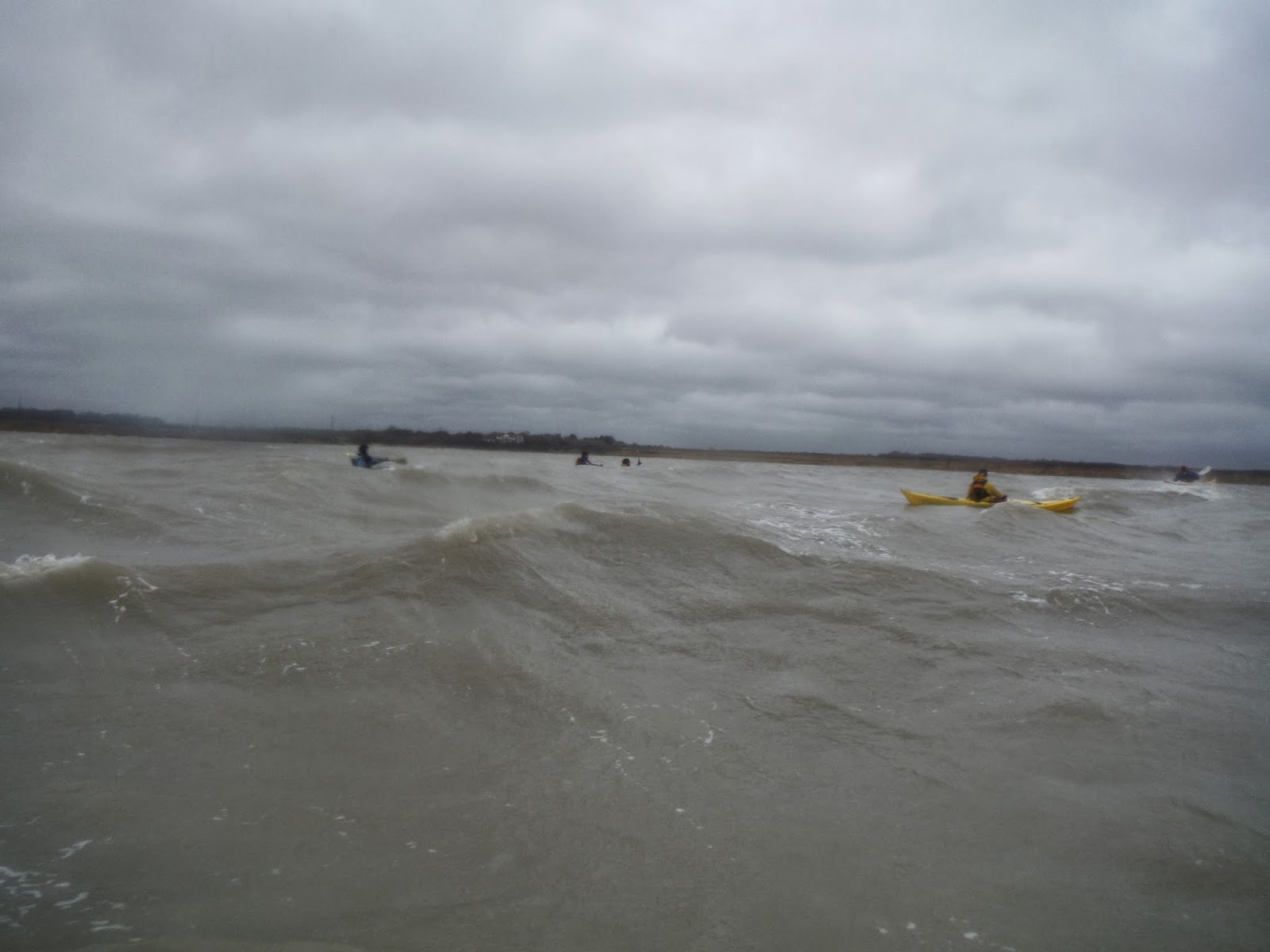 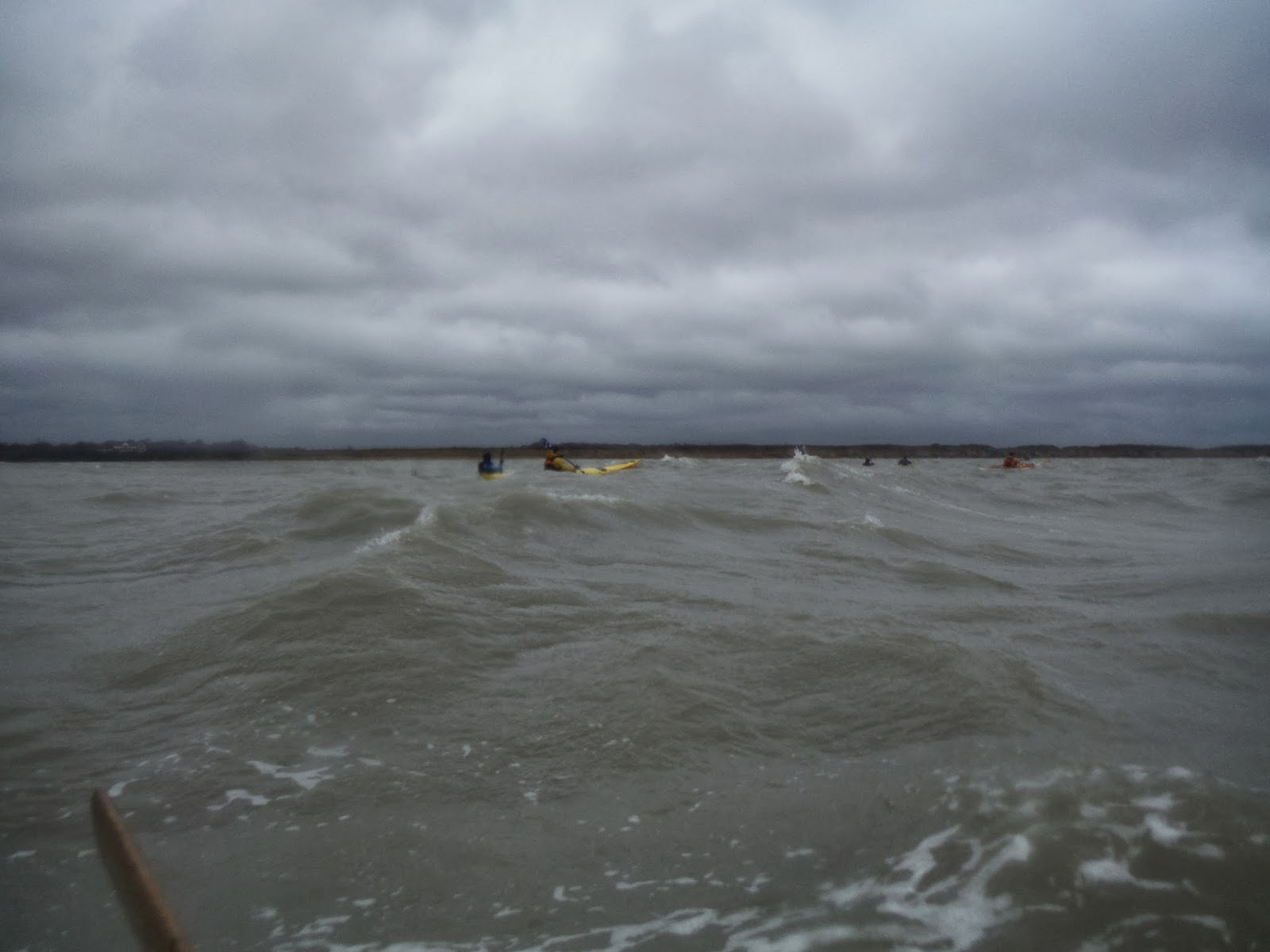 Once again it was more F7-8 than forecast and although we did make up ground in the F6 lulls, we struggled to make progress into the wind. Being too far out of the main tidal flow didn't help. We eventually beached at Hillhead and decided to call it a day. We could have made it back, it would have taken us 2-3 hours for the remaining 4.5 miles upwind, but a lift from a friendly sightsee-er and a shuttle completed our day out. 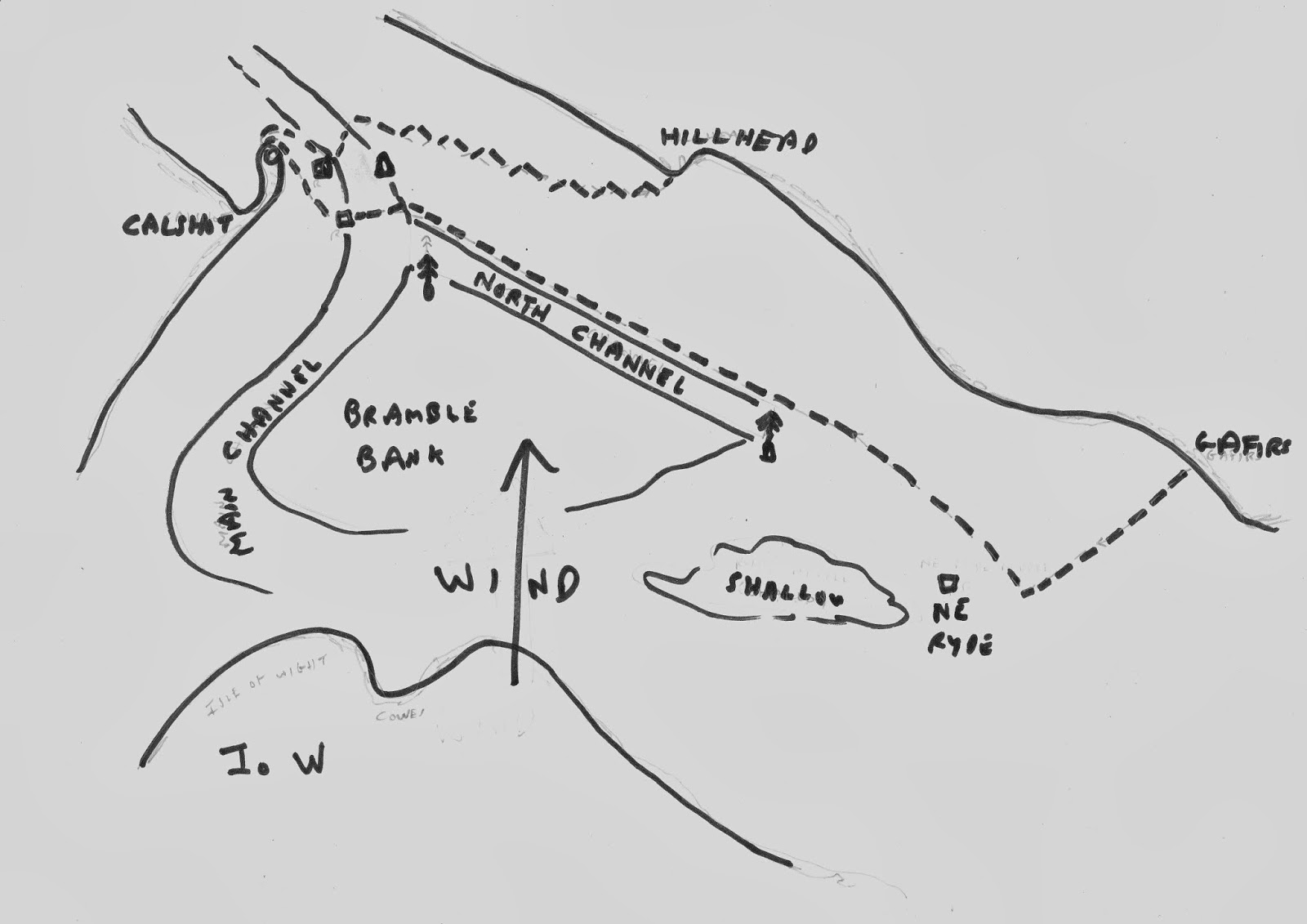 It was not a gusty day, the wind blew pretty steadily and pretty hard. I had expected F4 on the way out and F5-6 on the way back with the odd swirling stronger eddy. The Met. office define gusts as sustained windspeed for 3 seconds, but the wind had obviously not read this definition.
(later found prolonged bouts of F9 recorded on Bramblemet during our paddle back)
Posted by Peter Bisset at 12:07 1 comment: