Already as warm as summer? 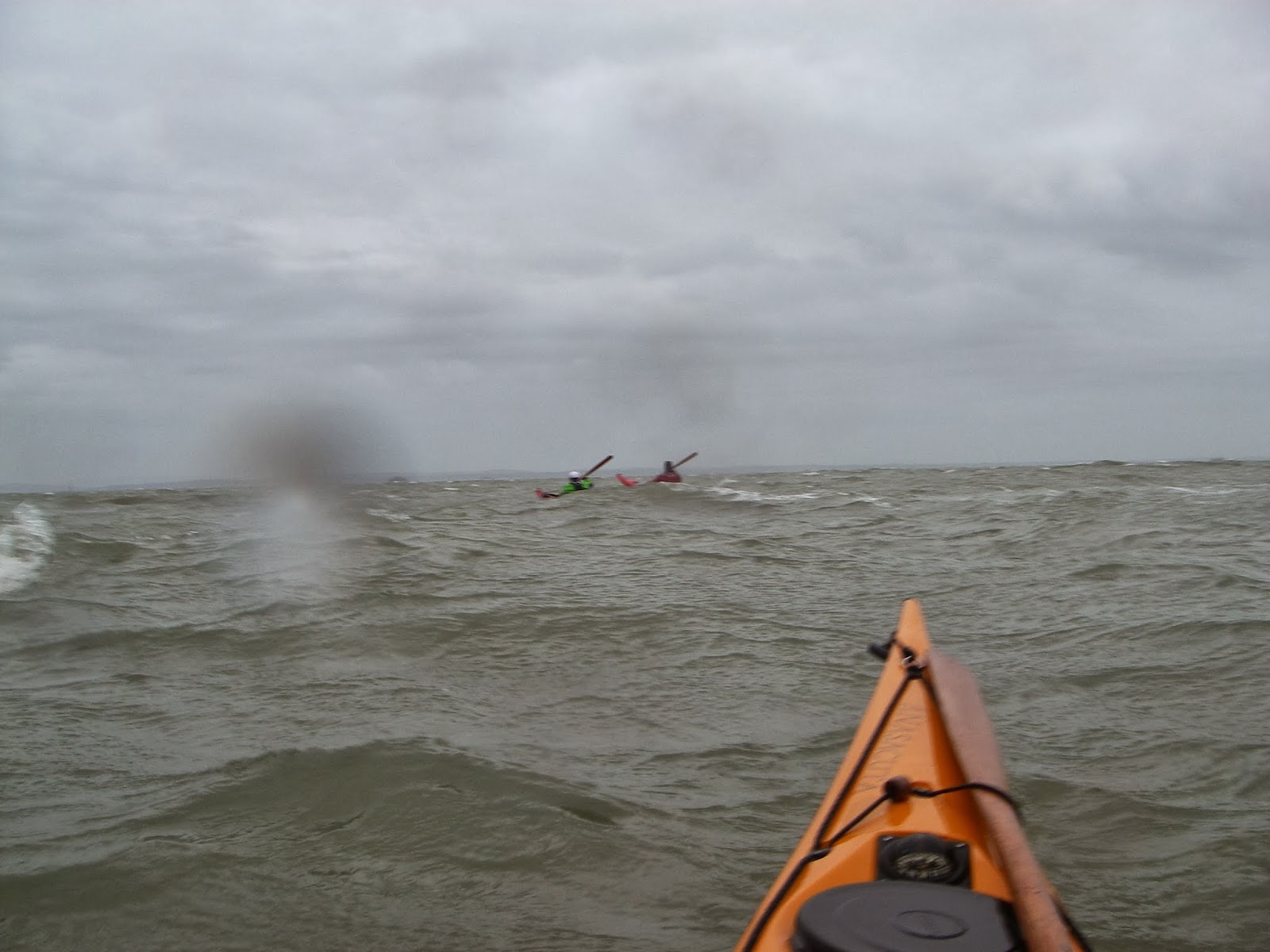 Today, felt as warm as many a summer day. Pretty odd for mid-February! Must have been getting on for 15C and the water was warm as well. Just as well since the warmth was courtesy of a steady F6  southerly with more vigorous gusts. 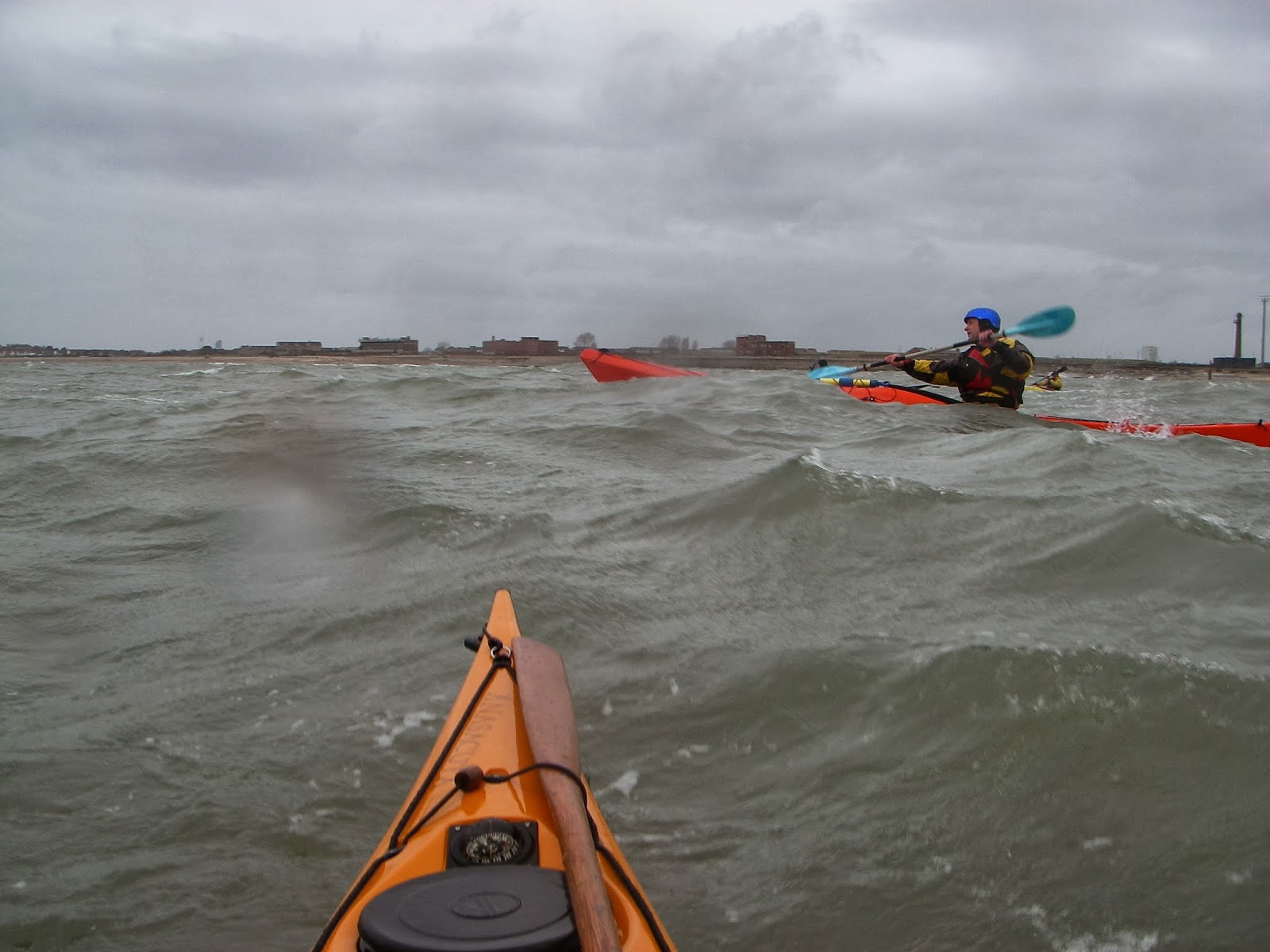 Too tiring to go far, we played in the waves, paddling upwind and uptide and surfing back. Exhaustion set in after 2 hours, nice to go out and get wet. 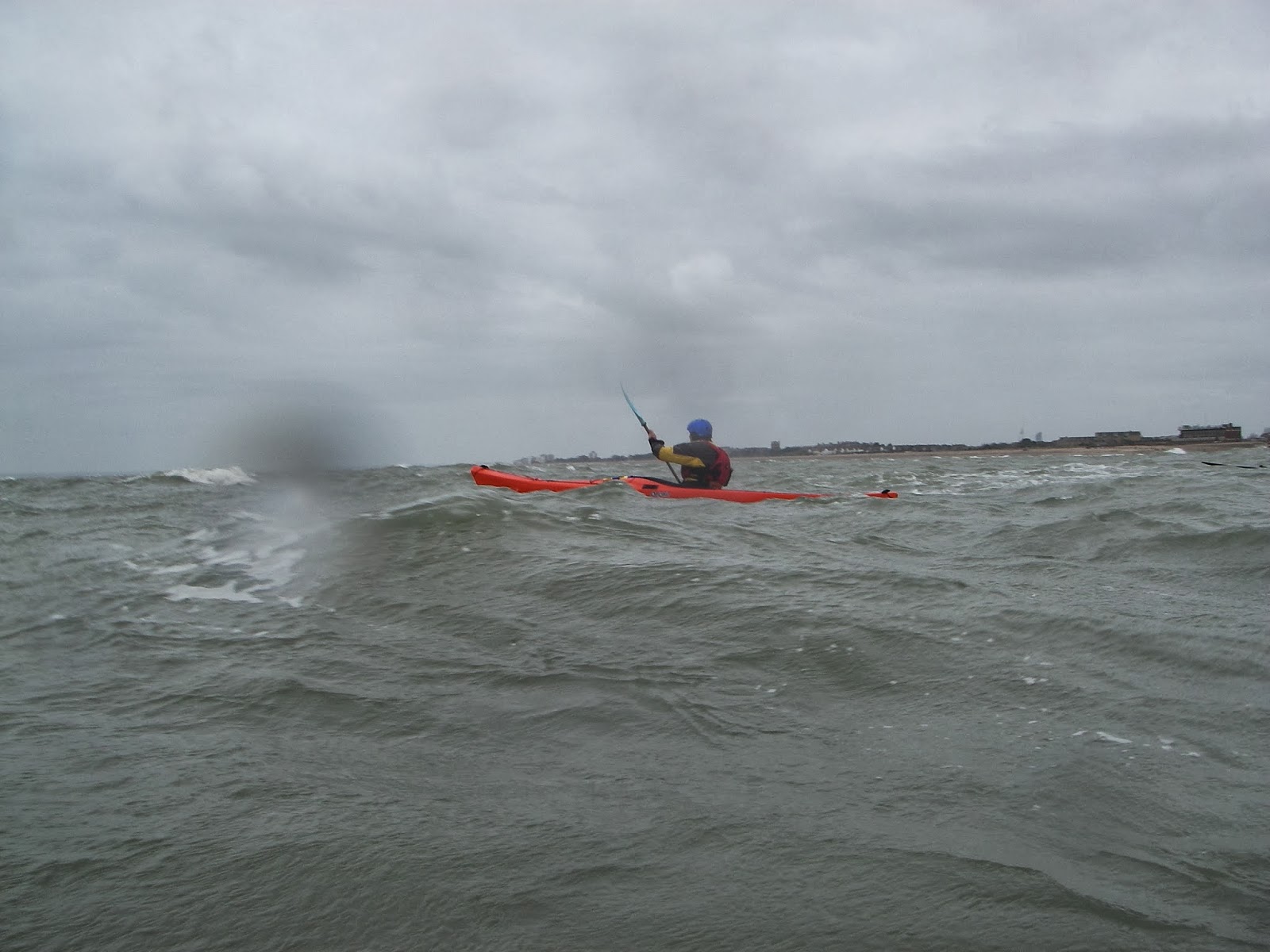 Cabin fever, occasioned by restricted kayaking due to stormy weather at sea and sewerage contamination of sheltered waters, led me to walking the Downs this spring.

At the start of the 1970s I was an agricultural student at UCNW Bangor. One of the questions in the final exams was: Compare The Grass Crop, Davies (1952) and some other scientific tome hot off the press. A question to scupper most students. No-one would have noticed the dusty and faded Grass Crop on the library shelves; however, they should have glanced at the other, title and author long forgotten; it was a set book. By lucky chance, a tumble resulting in a month or so in plaster had led to me taking time off mountaineering in my final year. I could manage to cycle with my lower leg cast from Beaumaris to Bangor, crutches strapped to the cross-bar and hobble into the library. It was even greater luck that a moment of boredom had led me to reading Davies, serendipity setting me up for a good degree.

The sward, the livestock which graze it and the soil that anchors and nourishes it forms a Trinity (his words). As head of the Grassland Research Institute, Davies was advocating grassland improvement and ley farming where appropriate, but believed in herb-rich seed mixtures with maybe a smidgeon of phosphate fertiliser to encourage the nitrogen fixing legumes. Perhaps allowing the farmer to add a beast or two per acre making a better living for the family whose children went to the local schools, whose MF135 had the wrong side of 4,000 hours on the clock, whose grandchildren would want the land to be in good heart when they inherited. The other book could see that farmers were sitting on a goldmine, only the right varieties and vast quantities of fertiliser stood between them and prosperity. Plough, fertilise and reseed, if it doesn't work plough deeper and add more fertiliser. If the soil is so damaged that unless or even if there is not a 'r' in the month your livestock sink up to their hocks, keep them inside all year, buy a forage harvester and zero graze. If the resultant slurry pit leaks into a local stream it is an unforeseeable act of God. With the right accent from public school your children will be mining the golden streets of the Square Mile not worrying about working the farm. Anyway, technology and lobbying for subsidies will always find solutions as problems arise.

The examiner clearly wanted praise of efficient modern farming, summarised as 'make the land work for you' not the dusty old long term approach advocated by Davies which might be summarised as 'improve -but tread carefully and do no harm'. I obliged in my answer. After all, dust bowls and disastrous land degradation (Ethiopian famine was on the horizon) occurred in far off places where people were foolish or greedy about their farming, not in Great Britain. Yet walking the land the last few weeks has given me pause for thought.

Back in 1970 Garrett Hardin's Tragedy of the Commons (1968) had a certain credence. The idea that unbridled access to common resources would inevitably lead to their degradation as each individual free rider acted in their own interests and not those of the wider society appeared to be unassailable logic. The Enclosure Acts and our system of private land ownership seemed so well adapted to long term land husbandry. Since then I worked for 30 years in rural Africa, study after study has shown that common access to resources is always accompanied by regulation mechanisms and social sanctions ensuring management for the good of all. The exceptions I've seen are where extreme social division backed by political, financial and finally brute force allows the few to take everything leaving the rest destitute. Back home we are suffering the 'tragedy of privately owned resources'. Land managed solely for making the land owner rich is making us all poorer.

On today's walk drifts of sand, silt or clay clog the lower ends of fields, footpaths, streams, roads and rivers. Flood waters extend in murky amoebae on any flat patch. Higher up the wildlife rich chalk meadows of soaring larks have become desert-bare expanses of broken chalk and flints. Does this McFlurry of chalk indicate that we are a Nation in good heart?

Posted by Peter Bisset at 13:04 No comments: