Three weeks in Argyll and Bute 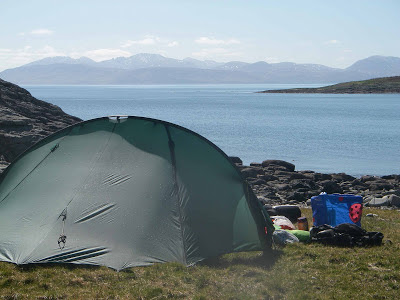 Just back from a 3 week paddle on my own. Despite the pictures, somehow the sun brings the camera out, the weather was pretty poor. Day after day of winds force 5-7 and many days were lost on shore. I say lost, but it gave time for exploration on foot. However, plans for exploring the Cumbrae islands, Arran, Gigha etc. had to be abandoned with only 1 or 2 hour weather windows for open crossings on even the good days. 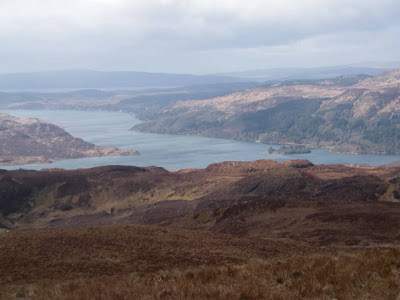 Not just hiking in the hills, but poking about interesting areas, the south end of Bute, Inchmarnock and the rocks and crags of oak woodland around Loch Sween. So much wildlife; otters, pine marten, ospreys, and ruins telling of life prior to the clearances or dating back to the neolithic. 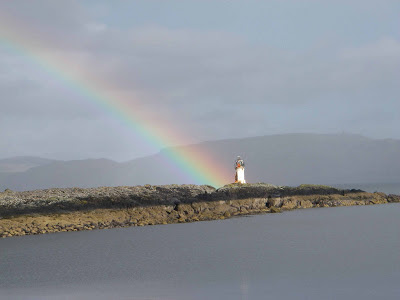 Where there is rain there are rainbows. I tried digging for the pot of gold under this light without success. 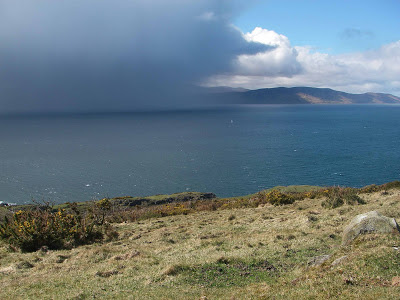 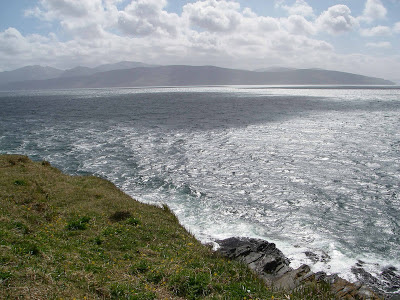 but the west, south-west or north-west wind, 5-7, managed to blow for 4 days at a time without drawing breath. The sheer power of the elements, where does all that wind go? 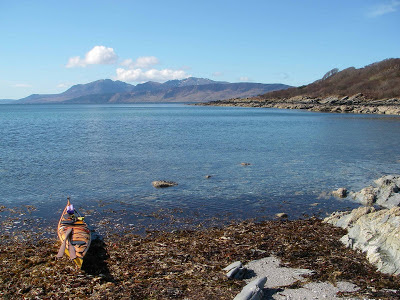 Eventually the wind must ease. 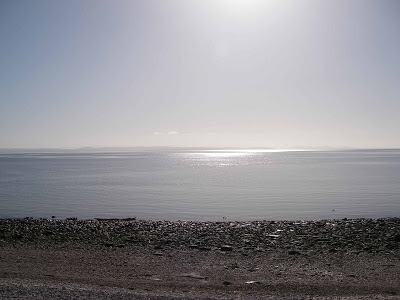 This day it was calm until 09.00 so a 05.30 start enabled the 5 mile crossing from Inchmarnock to Kintyre on a glassy sea. Only porpoises and gannets disturbing the water. Talking of gannets, I discovered that they sleep on the water. A white football floating on the sea far from land turned out to be a dead bird. The yellowish neck indicating a gannet. I lifted it out onto my lap for a better look. Strange, very strange, it was still warm, must just have died. The next second a head appeared from under the wings. They are a large and powerful bird so we quickly agreed to part company, it took to the air from my front hatch and made a slow circle at head height for a closer look at its 'friend' before gaining height. 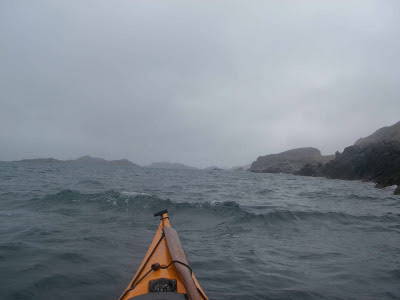 The coast of the Sound of Jura from Rubha na Cille to Carsaig bay is an eerie and forbidding shore in misty conditions. 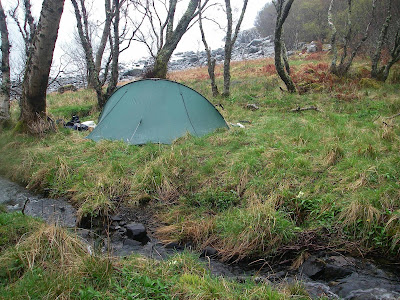 No midges, so shelter could be sought for the tent, but this spot was slug city. Why would they want to crawl into your drysuit at night? 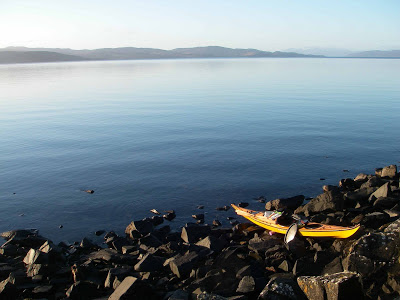 Not the last, but the first picture I took. How I enjoyed my first day on the water, little thinking that it would be the only calm and sunny day of the trip.

Driving south at the end of the trip after 5-6C for day after day and frost by night, rain mixed with sleet, the temperature rose rapidly to 21C in Glasgow. Time to take off the thermal vest that I realised had not left my back for 3 weeks. A tribute to my Typhoon drysuit and Paramo waterproofs, sometimes slightly damp, but never a need to take off my vest!

Here is my route