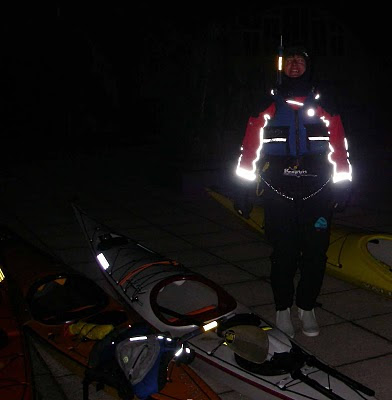 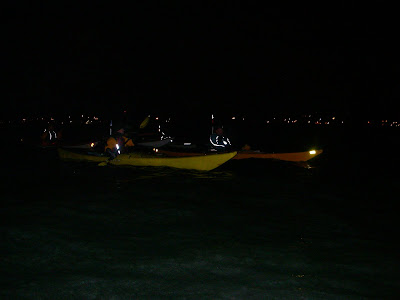 The nights are already growing shorter, but still dark enough. 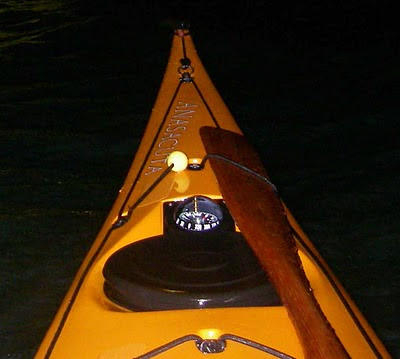 Where will the boats take us in the coming year?
Posted by Peter Bisset at 14:24 No comments: 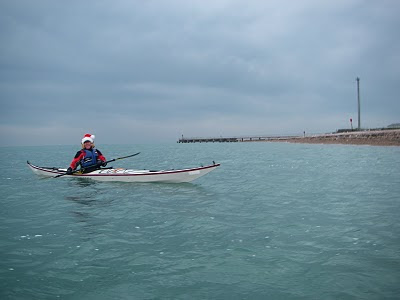 Snowy, frosty, weather at Eastney; warm enough on the water, 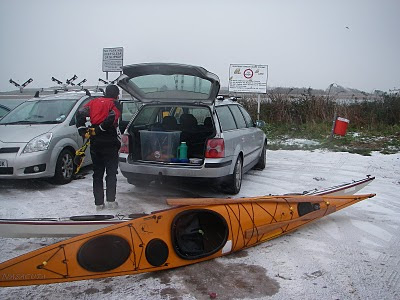 but cold sorting out the boats. At least the salty water draining from the boats helped de-ice the carpark.

Posted by Peter Bisset at 17:15 No comments:

Winter Paddling, Fog and a Hovercraft 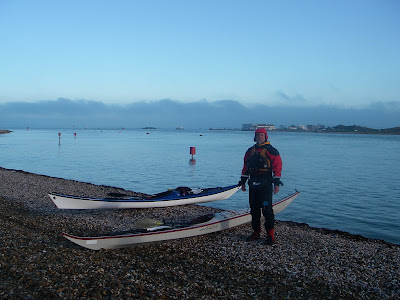 A window in the bad weather allowed us to paddle across the Solent from Eastney to Ryde on Sunday. Winds were light, temperatures below freezing in the fog, but pleasant when the sun poked through. Perfect tide, launching near HW and catching the powerful flow westbound and setting off back with the gathering eastbound flow, having lunched over slack water, HW +2. 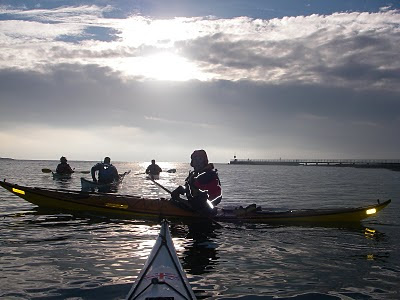 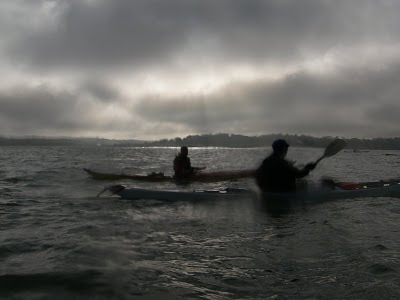 Banks of fog were rolling slowly ESE around the Solent, with Southampton and Portsmouth on intermittent 'fog routine'. Such a bank enveloped us near Horse Sand Fort, once the fort was found we waited in its eddy; the tide runs strongly over the shallow water and the wake of unseen ships sometimes gave surfable standing waves. We were waiting for an invisible outbound ship to pass before crossing the main channel, moving at minimum operating speed, it regularly updated its position to Southampton VTS on Ch.12, and seemed to take forever to clear our course. From time to time we had glimpses of what appeared to be the ship, but it didn't move; not surprising, since it turned out to be No Man's Land Fort on the Isle of Wight side of the channel!  Eventually the ship reported itself east of the forts and we could set off, as we crossed the main channel, the sun came out and we saw the ship, showing us it's stern and making about 6kt away from us. 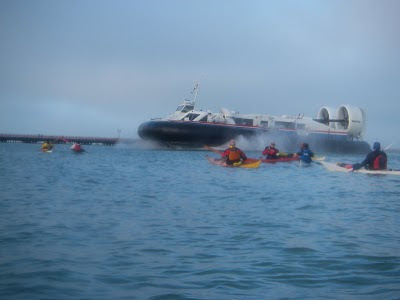 Near Ryde we had to wait for the hovercraft from Southsea to go ahead. This is the Solent Express, GH2142, the larger of the two hovercraft operating the only scheduled hovercraft service in the world. In service since 2007, carrying up to 130 passengers and weighing 75 t., it can operate at 65kt but does not exceed 45kt in the Solent. Once you hear it start up, and it can easily be heard across the Solent in calm weather, you have about 7 minutes if you are on the far side or 3 minutes if you are in the middle, to consider your position. Unlike other shipping it doesn't necessarily stick to the deep water channels, but it keeps a sharp watch and, at night, if it knows we are paddling nearby, will ask for an update on our position. The service has an incredibly good safety record, with no incidents except one in 1972 when force 9 winds coupled with wind against the ebb tide in the Swashway,  caused a craft to capsize with a loss of 5 lives. Despite this, we have often wondered if the best option when faced with collision would be to capsize and wait as long as possible before rolling up. You might not even notice it flying overhead, or rather 'overhull', as the pressure it exerts is very low.
Posted by Peter Bisset at 11:11 No comments:

Snow in Petersfield at Last 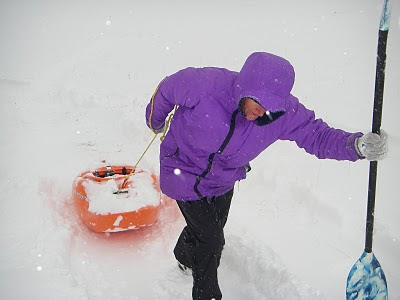 Petersfield was the last place in the country to get it, but it snowed heavily last night. Liz, Steve and myself made the now traditional trek to Butser Hill. Swopping the A. acuta for a playboat, no BA or spraydeck required, but hard work on the way up. 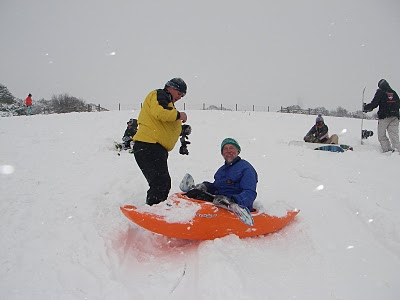 We joined the sledges and snowboards at the top,

had fun on the way down, 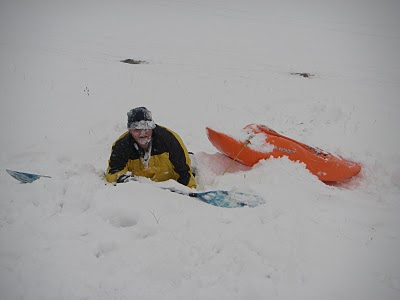 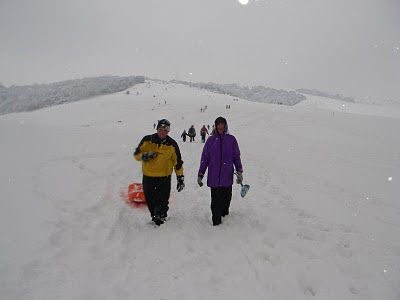 and then the long walk home as light faded.
Posted by Peter Bisset at 15:47 No comments: