Chilly on the Thames 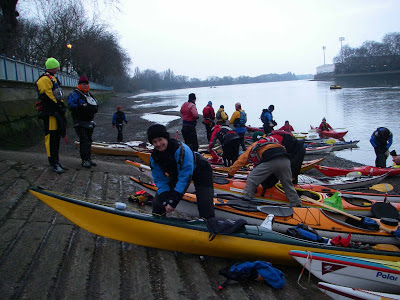 Launching at Putney, 3C and the odd snow flurry... 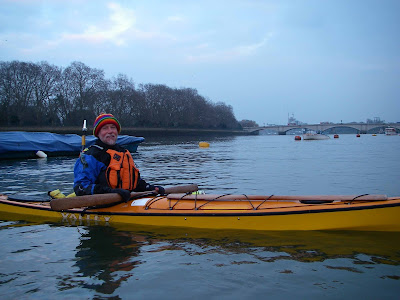 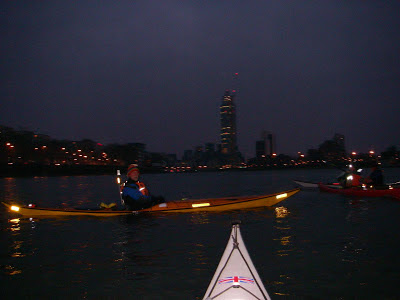 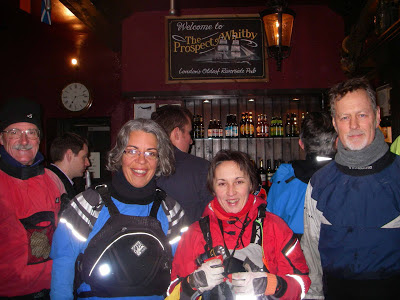 Waiting for the tide to turn in the 'Prospect'... 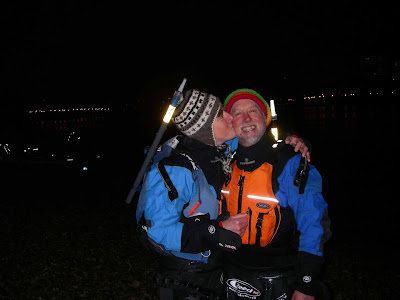 and the reward for a romantic night out on the river.
Posted by Peter Bisset at 15:53 No comments:

Nice weather in the Lakes 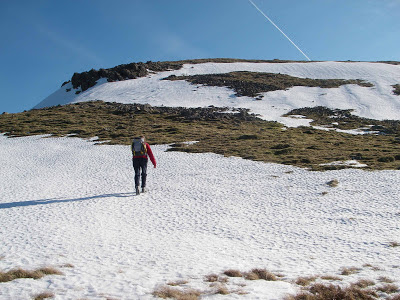 We were lucky to escape the cold winds across the winter sea for a few sunny days in Lakeland. 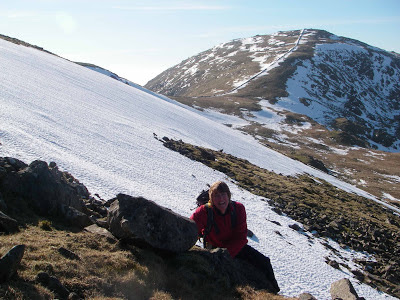 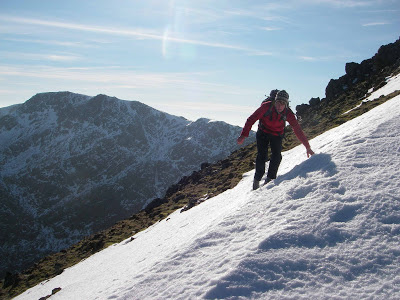 Lazy improvidence meant that we had left the ice axes in the car...most of our route was over the rocky patches, but a few snow slopes, old, refrozen several times and rock hard, blocked our progress. No-one had been along with an ice axe and left handy steps behind, so it was back to the Flintstone option. A hundred thousand years of using stone tools means that we are pretty good at this. There are two disadvantages of relying on a stone tool; geology might mean that there are no suitable sharp hand sized rocks nearby. No problems here, but on sandstone hills it could be a problem. The second is that without a handle it is very hard to cut level steps and impossible to reach down-slope to cut down hill. A gradually rising course is the only option open. 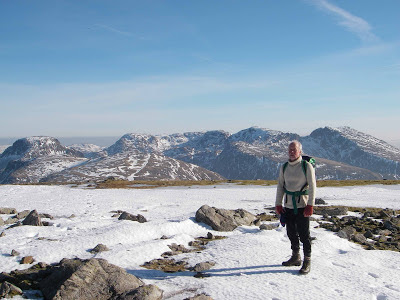 Pillar looking across to Scafell, the only cloud in the blue sky being the remains of aircraft vapour trails. The path traversing down to the Pillar Rock was impossible to find, none of the cornices had steps cut down them. Does no-one go that way these days? Once down in the valley, we found the bottom of the path was also overgrown and just about invisible. Where have all the rock climbers gone? 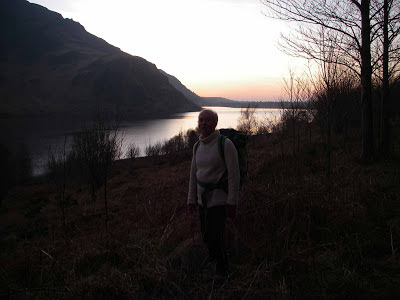 Maybe it is the long walk down Ennerdale, certainly it was almost dark by the time we reached the car.
Posted by Peter Bisset at 11:58 No comments: