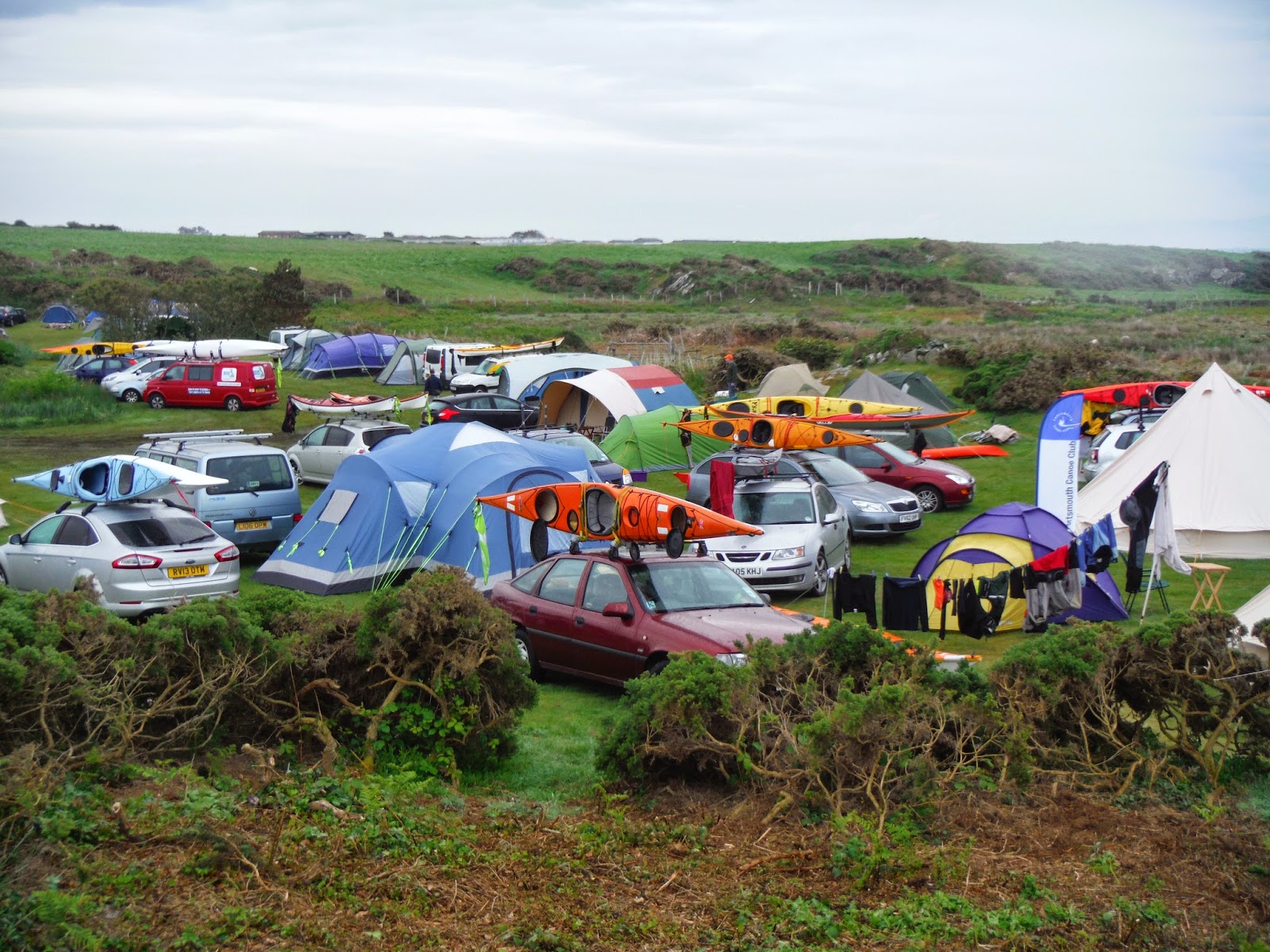 People came and went during the week, but 27 club members took part, who needs Glastonbury? we were enjoying the festival atmosphere at the  'Alternative Outdoors' campsite. 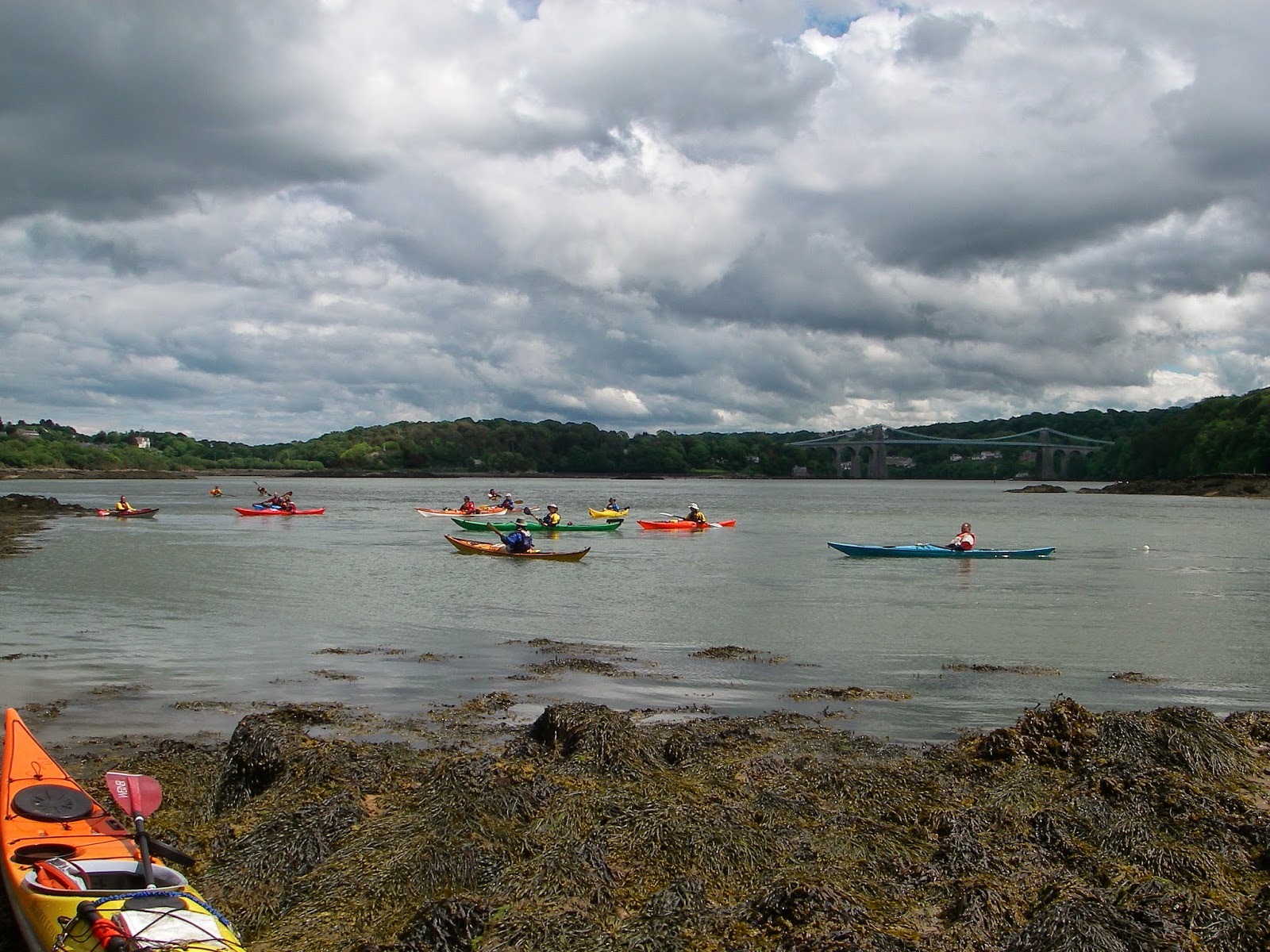 We took in the Straits, 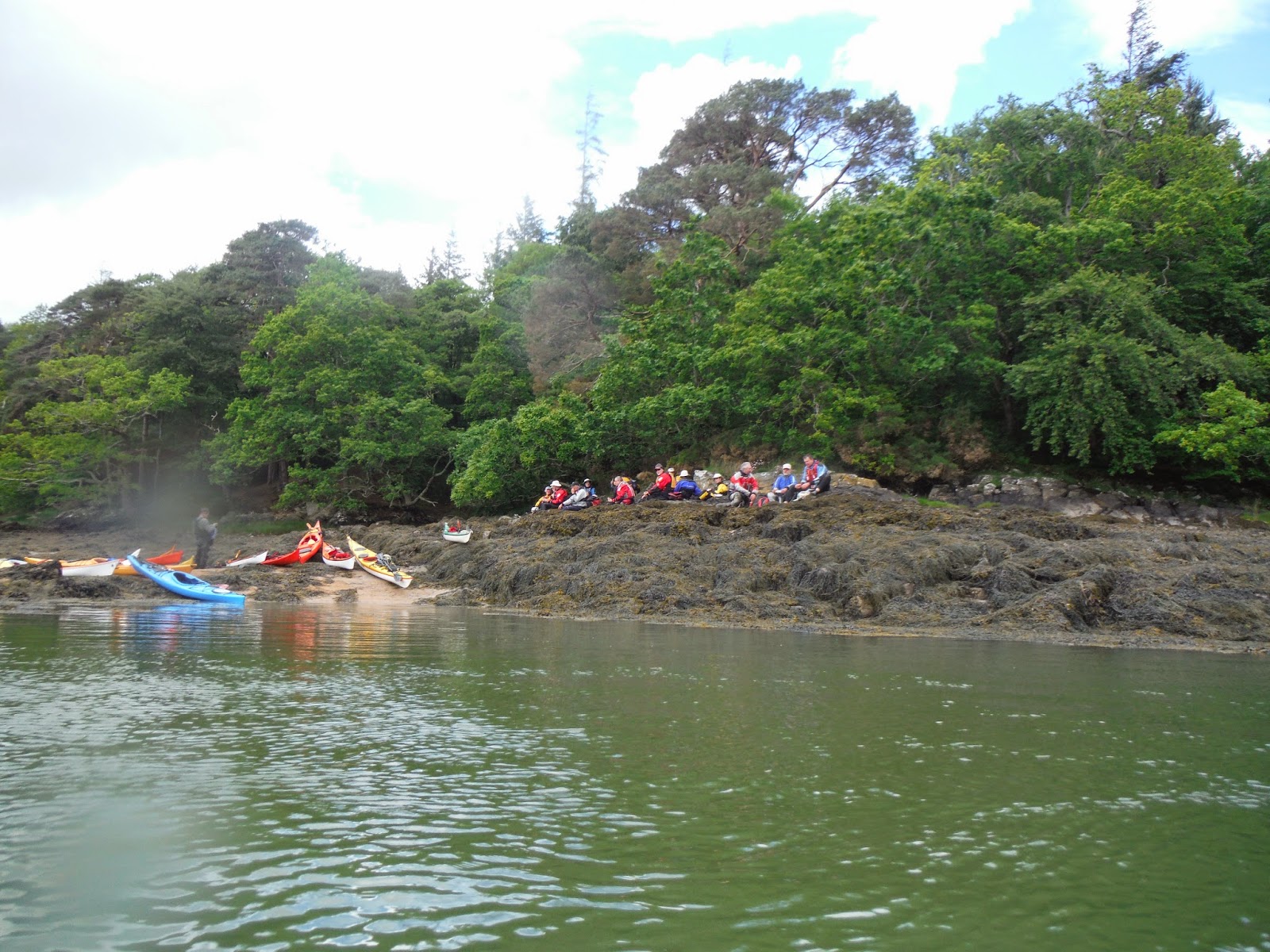 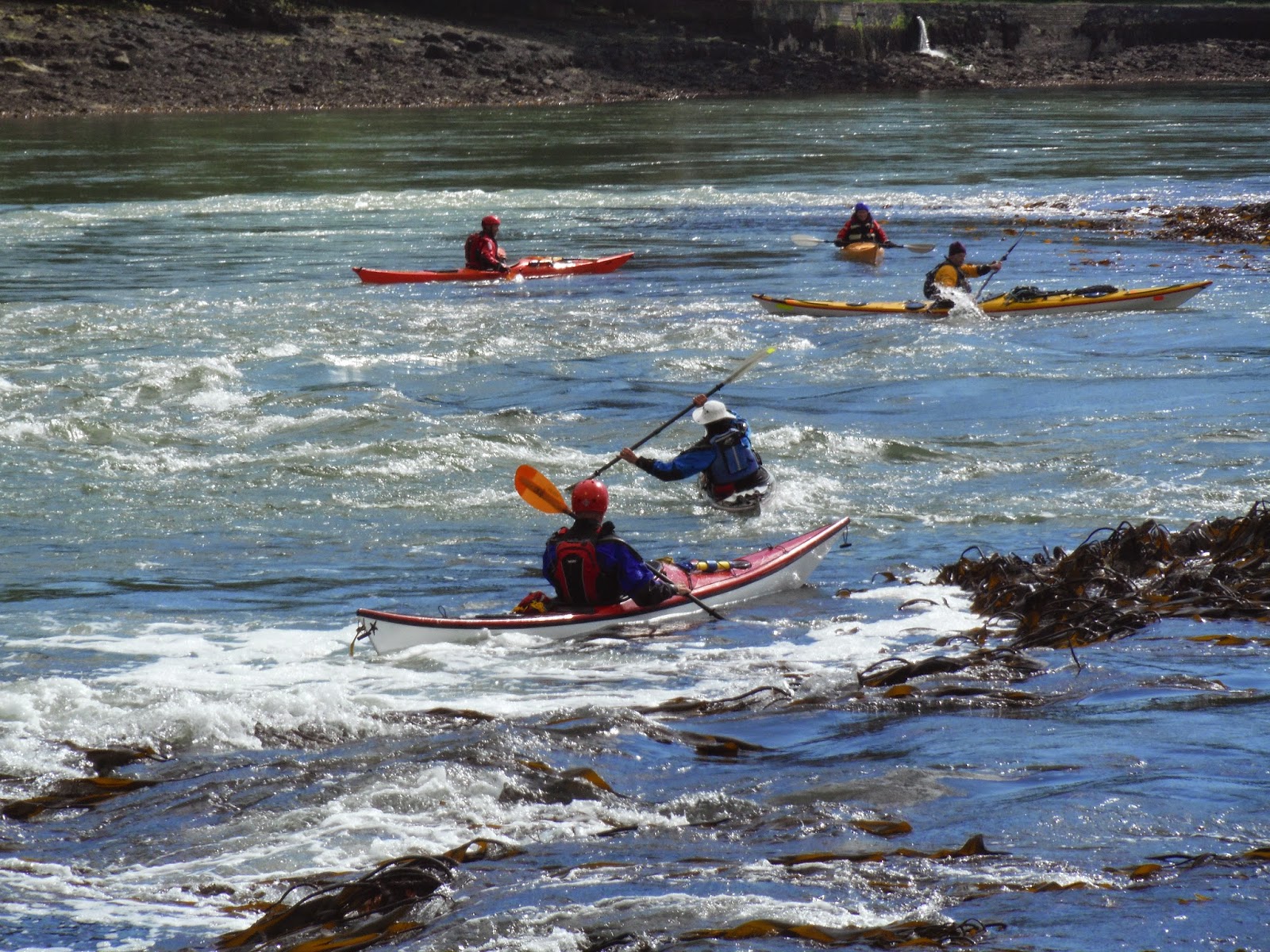 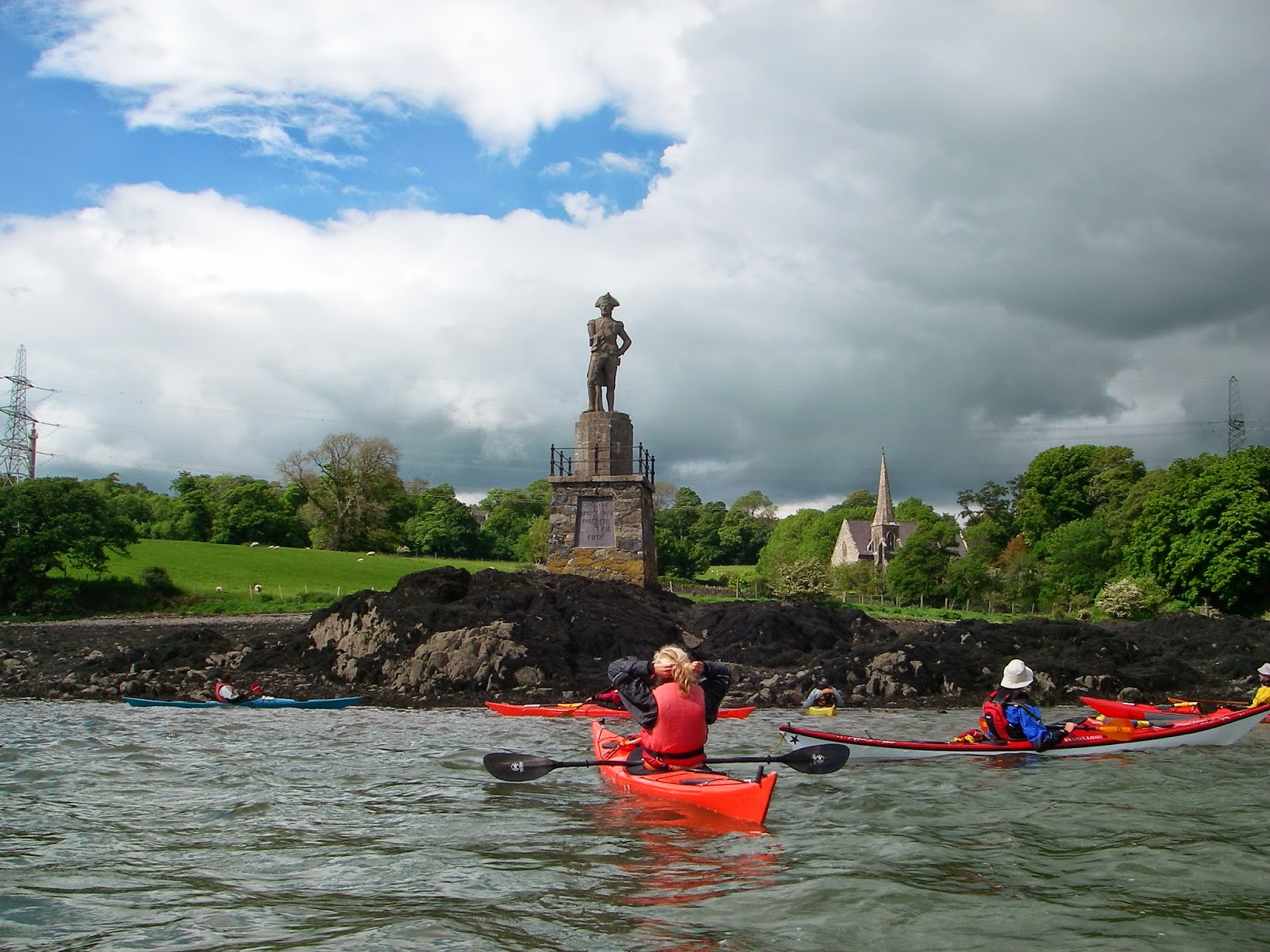 and admired the landmarks. Here is Nelson, reputed to be Anglesey's least visited monument as it is only visible from the sea. 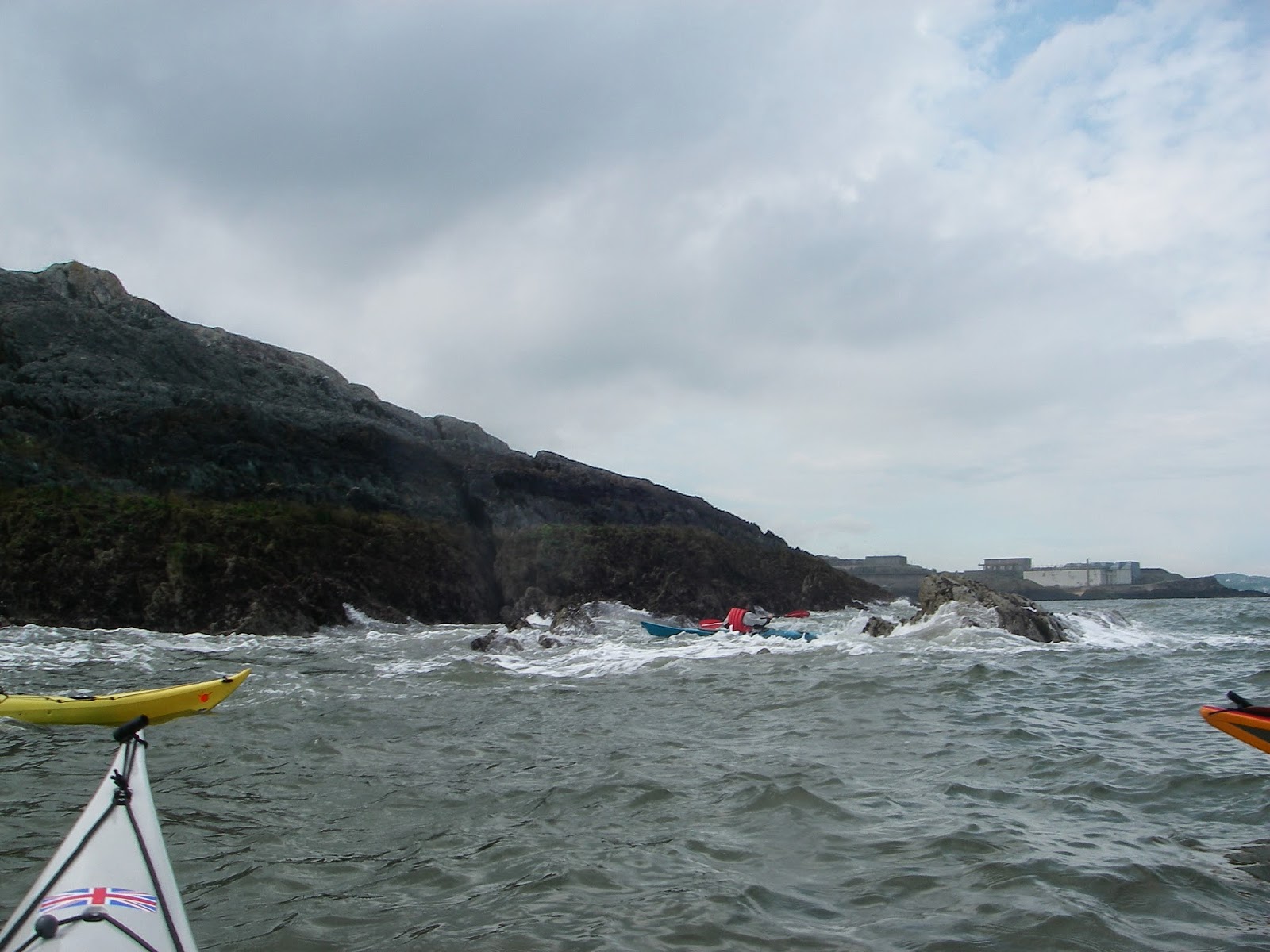 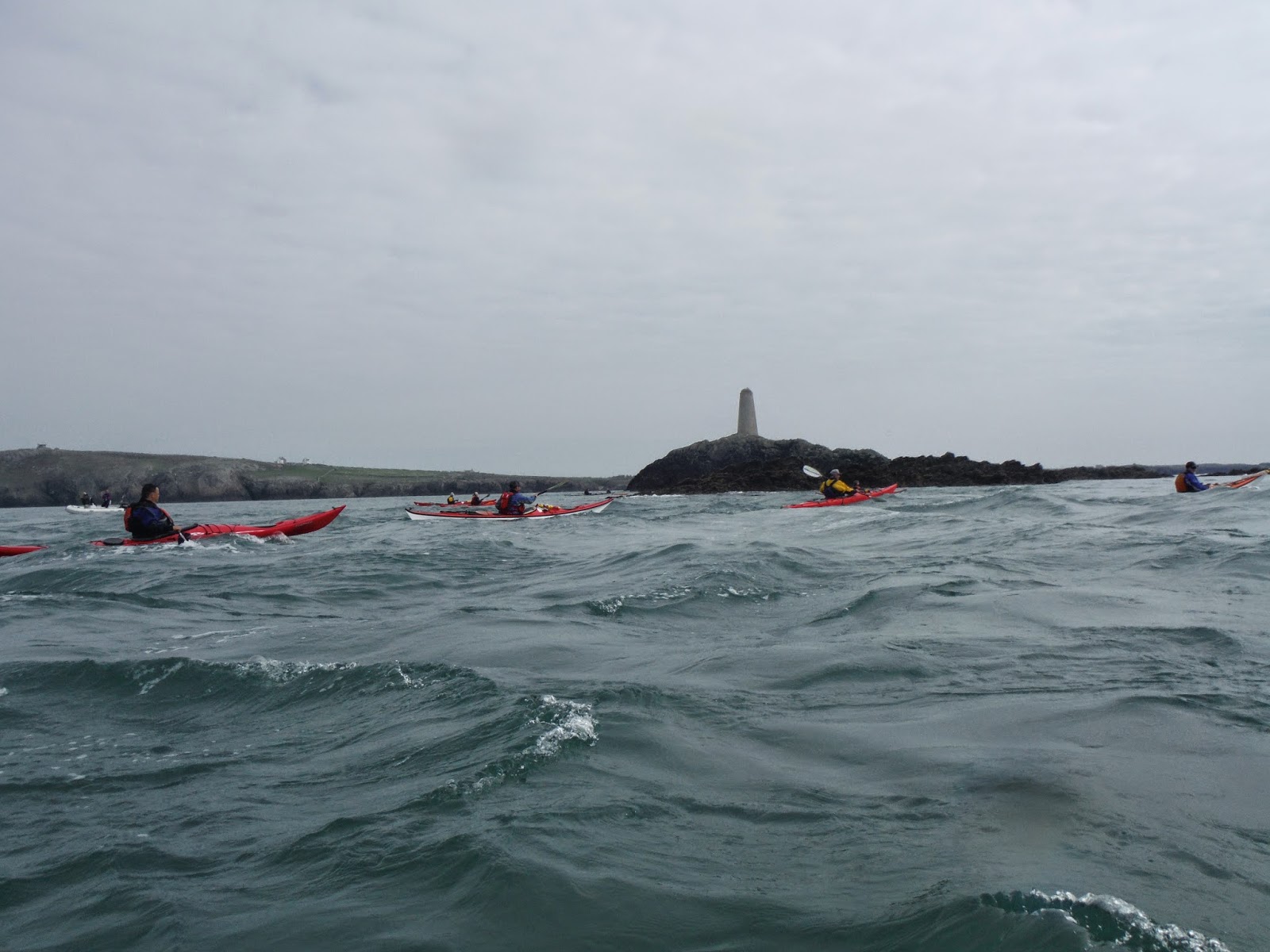 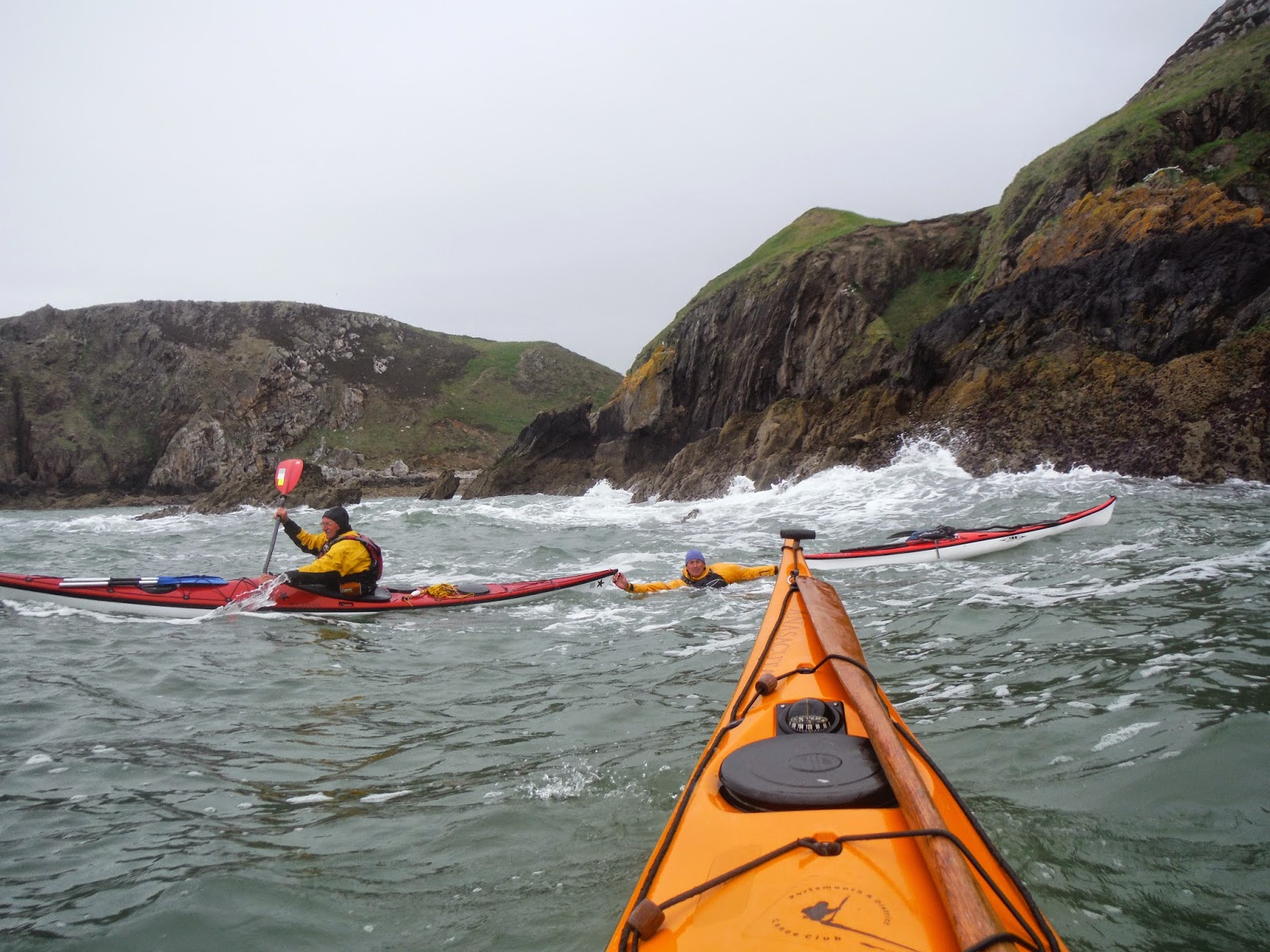 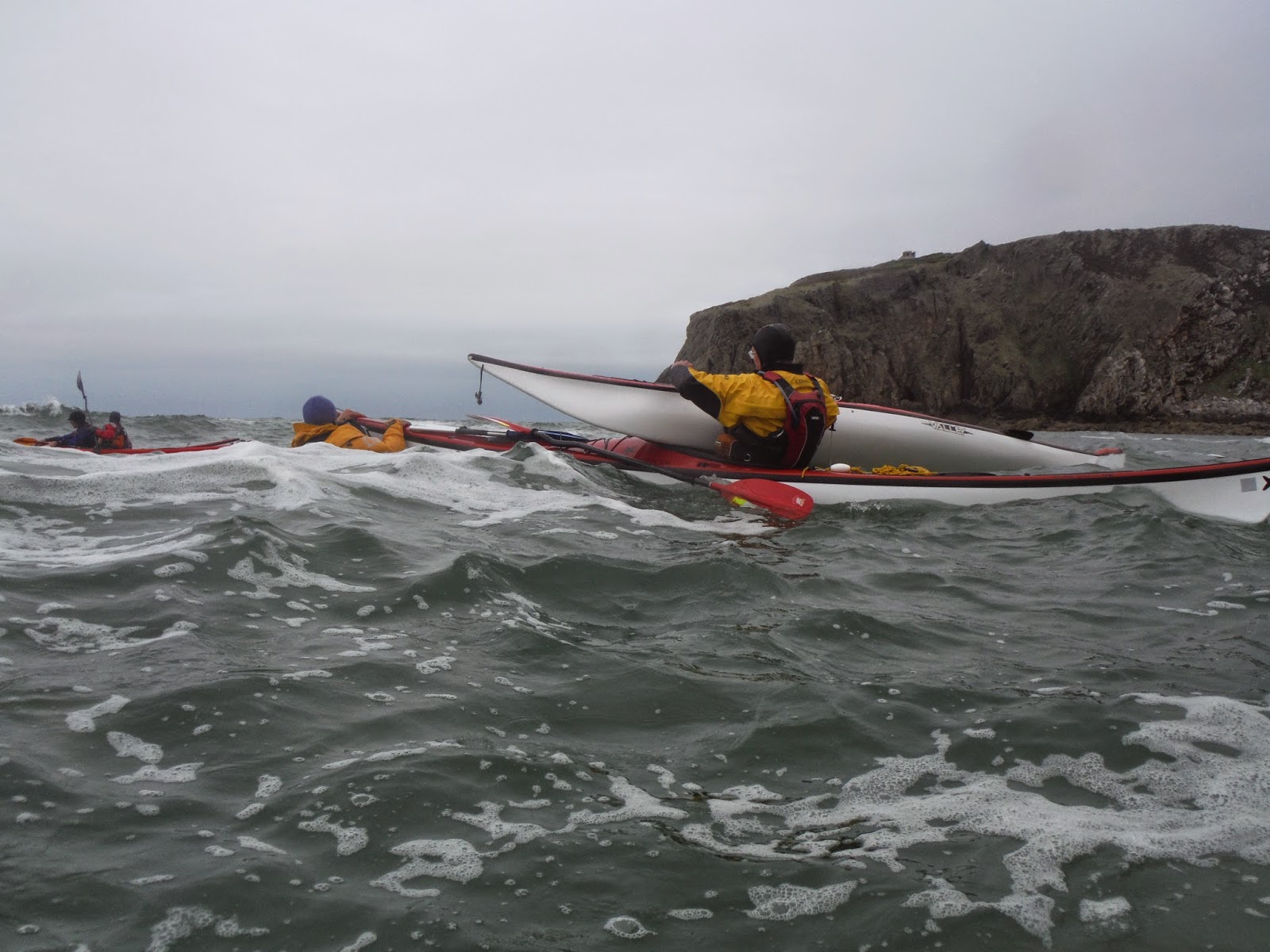 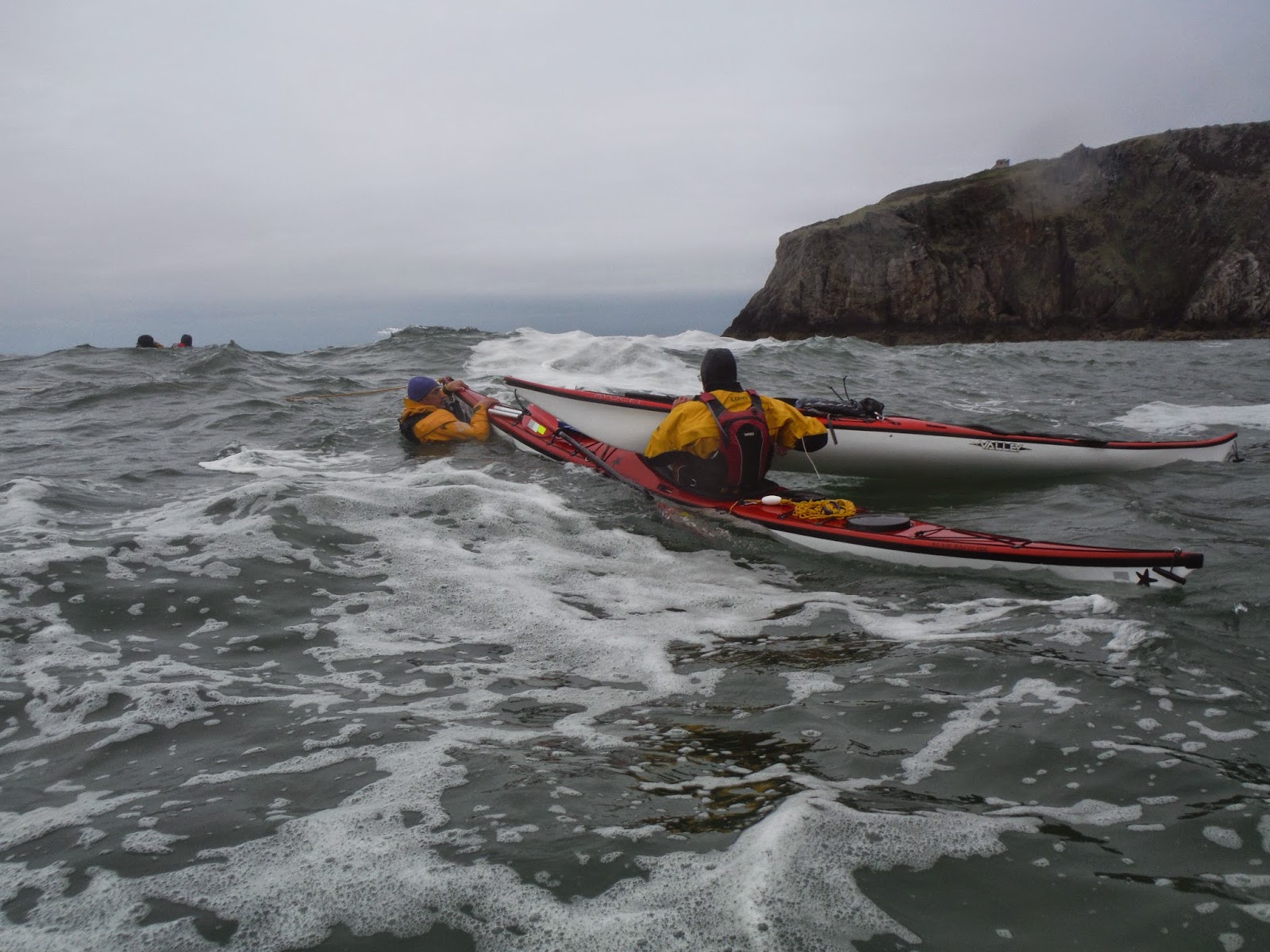 (this one was in play with Nick Cunliffe) 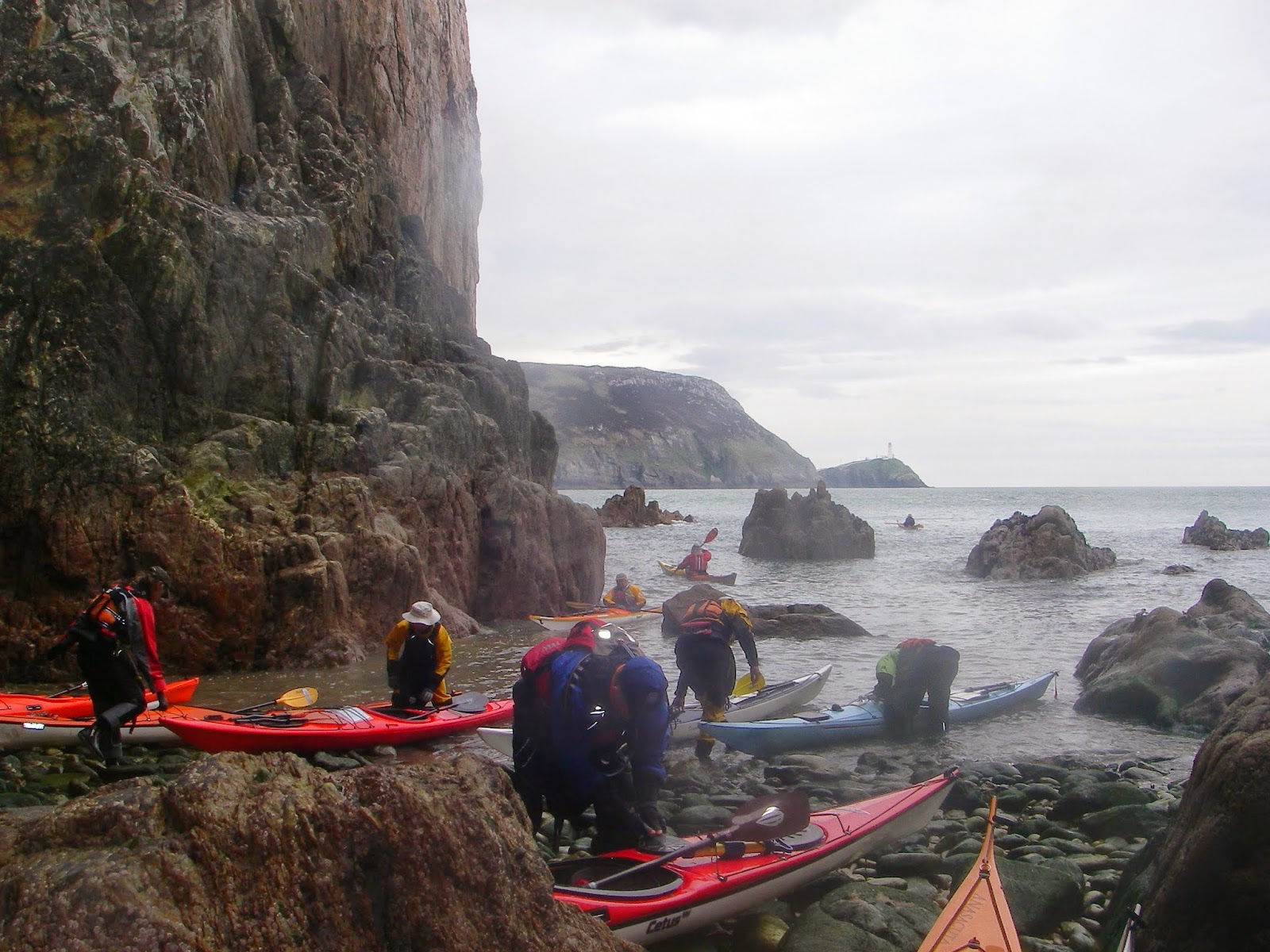 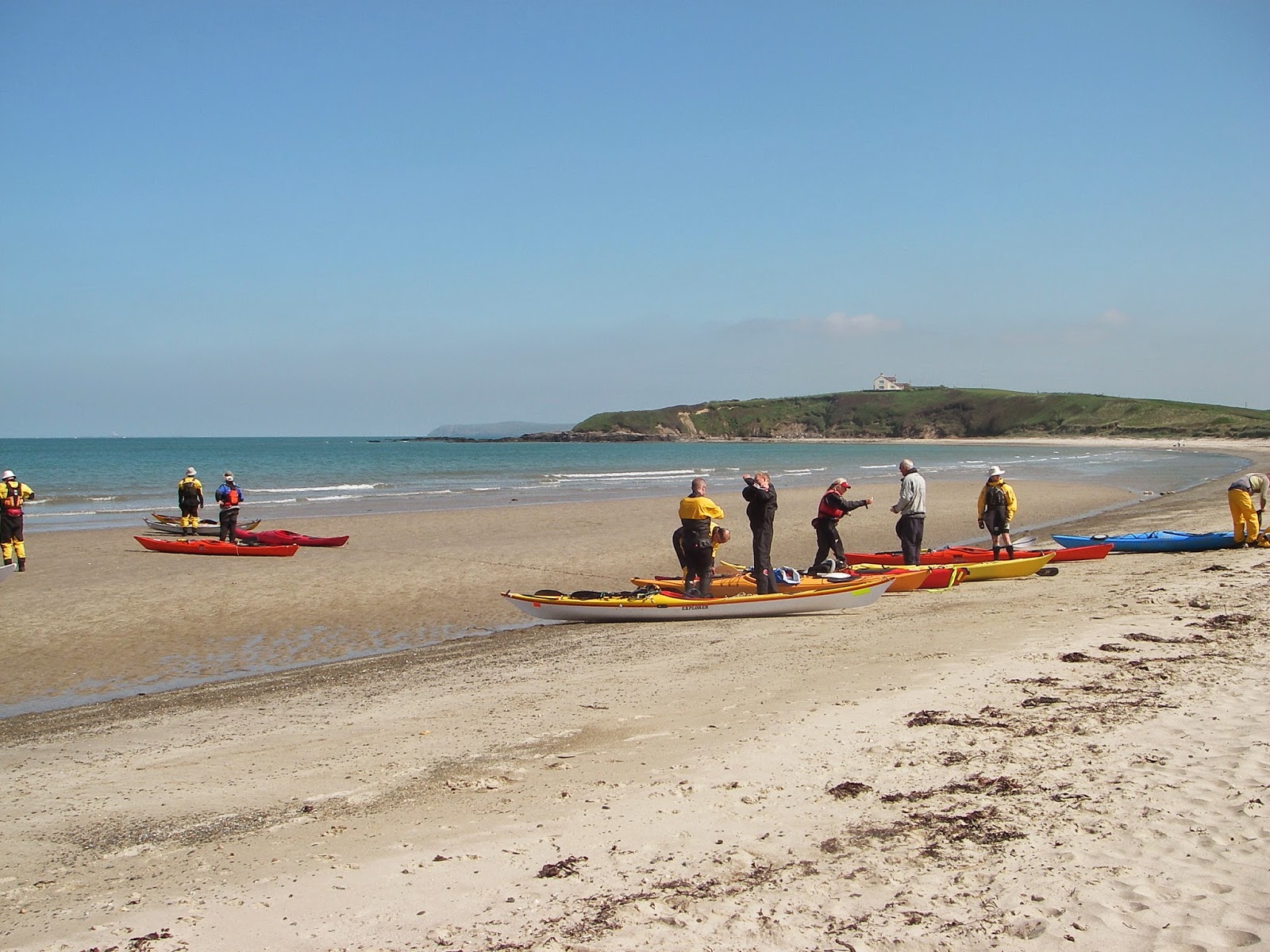 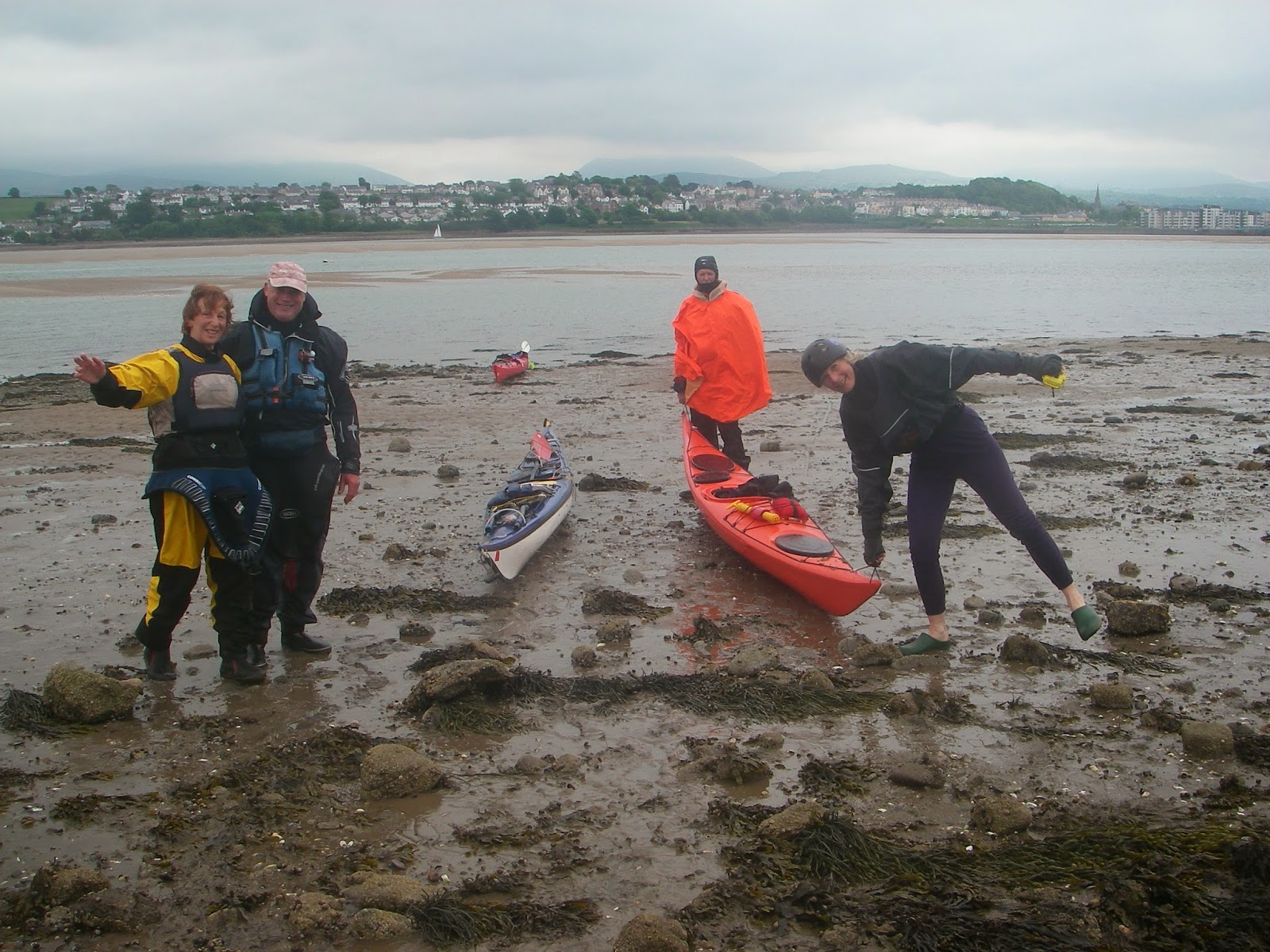 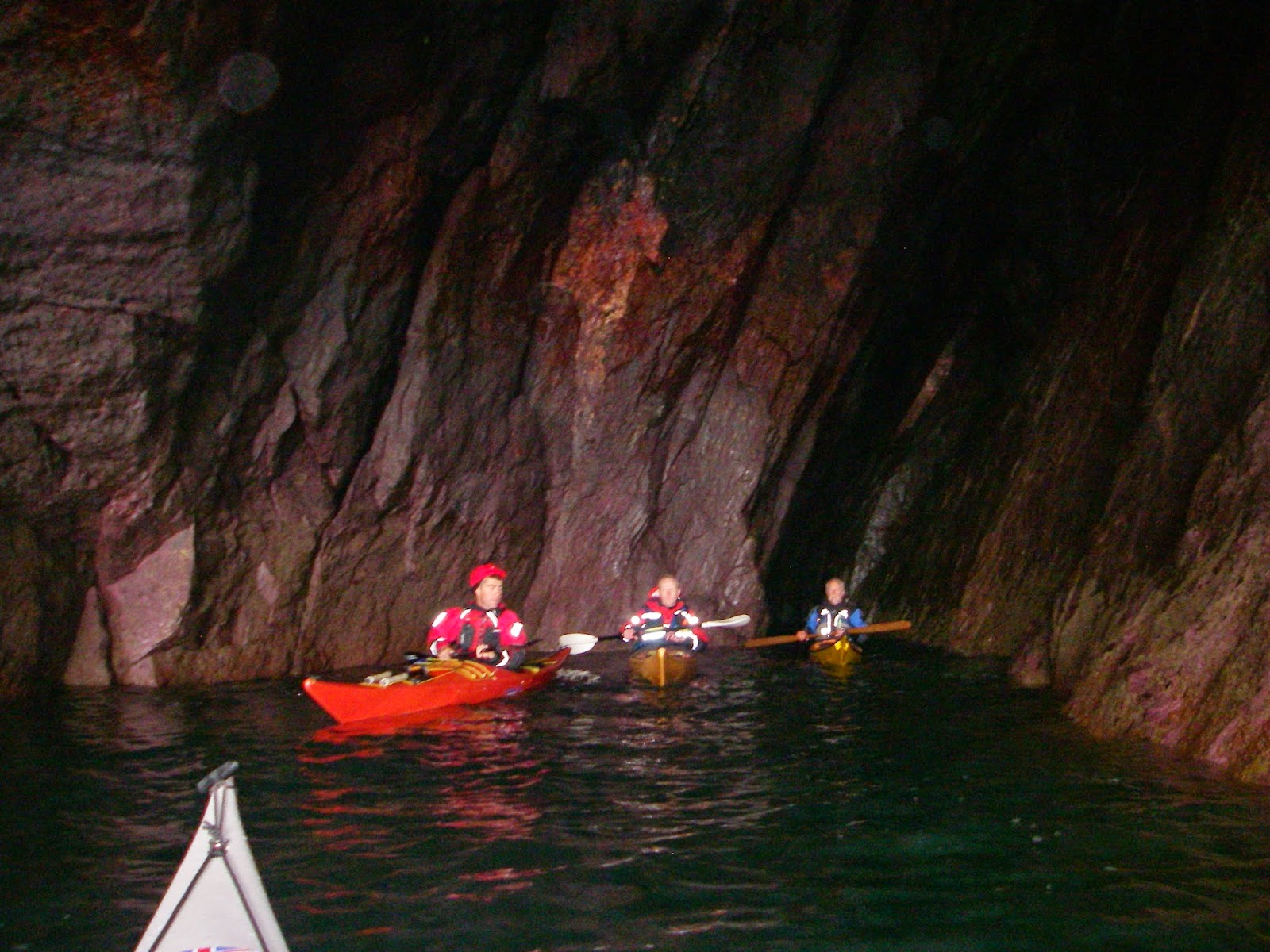 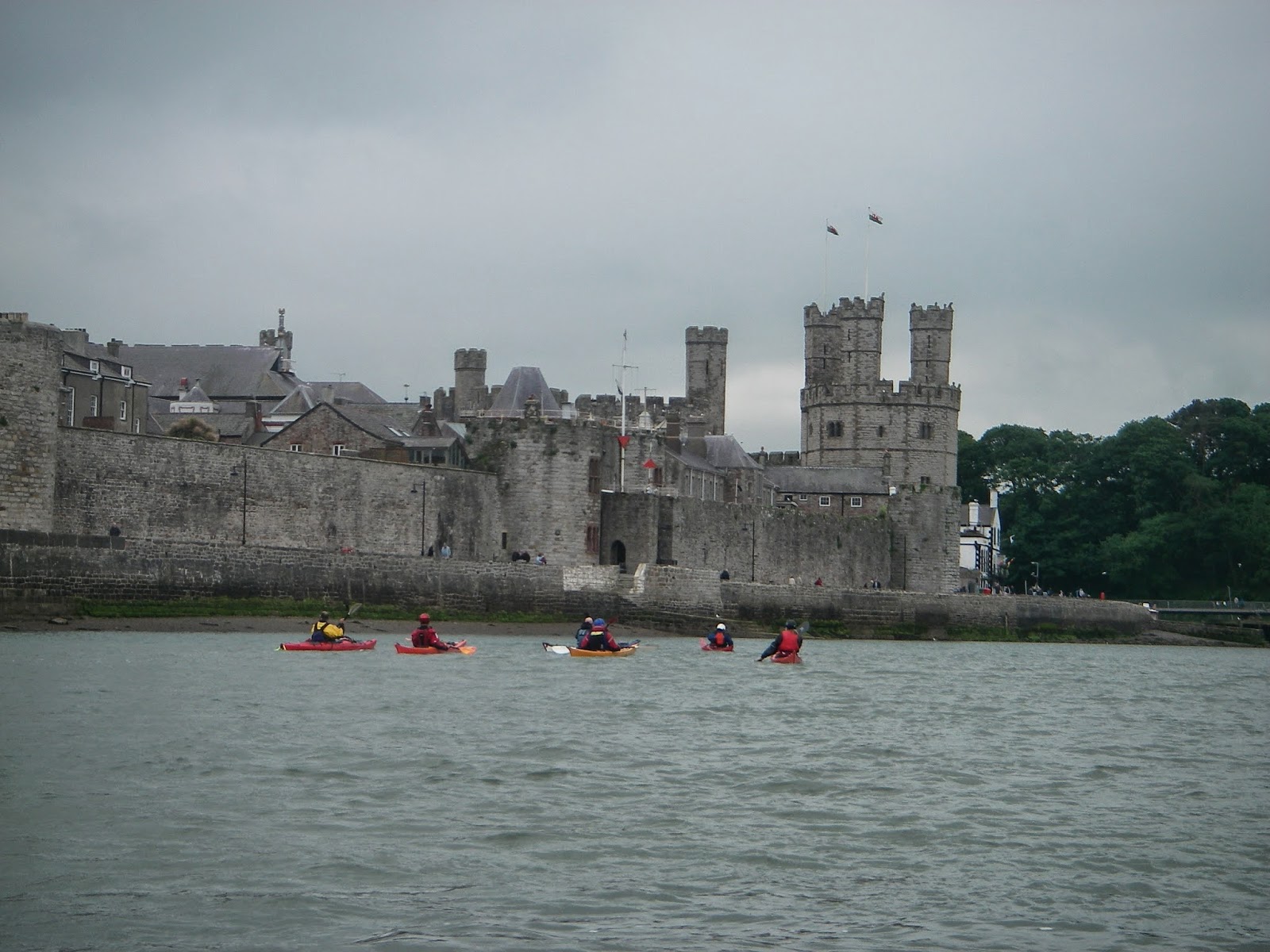 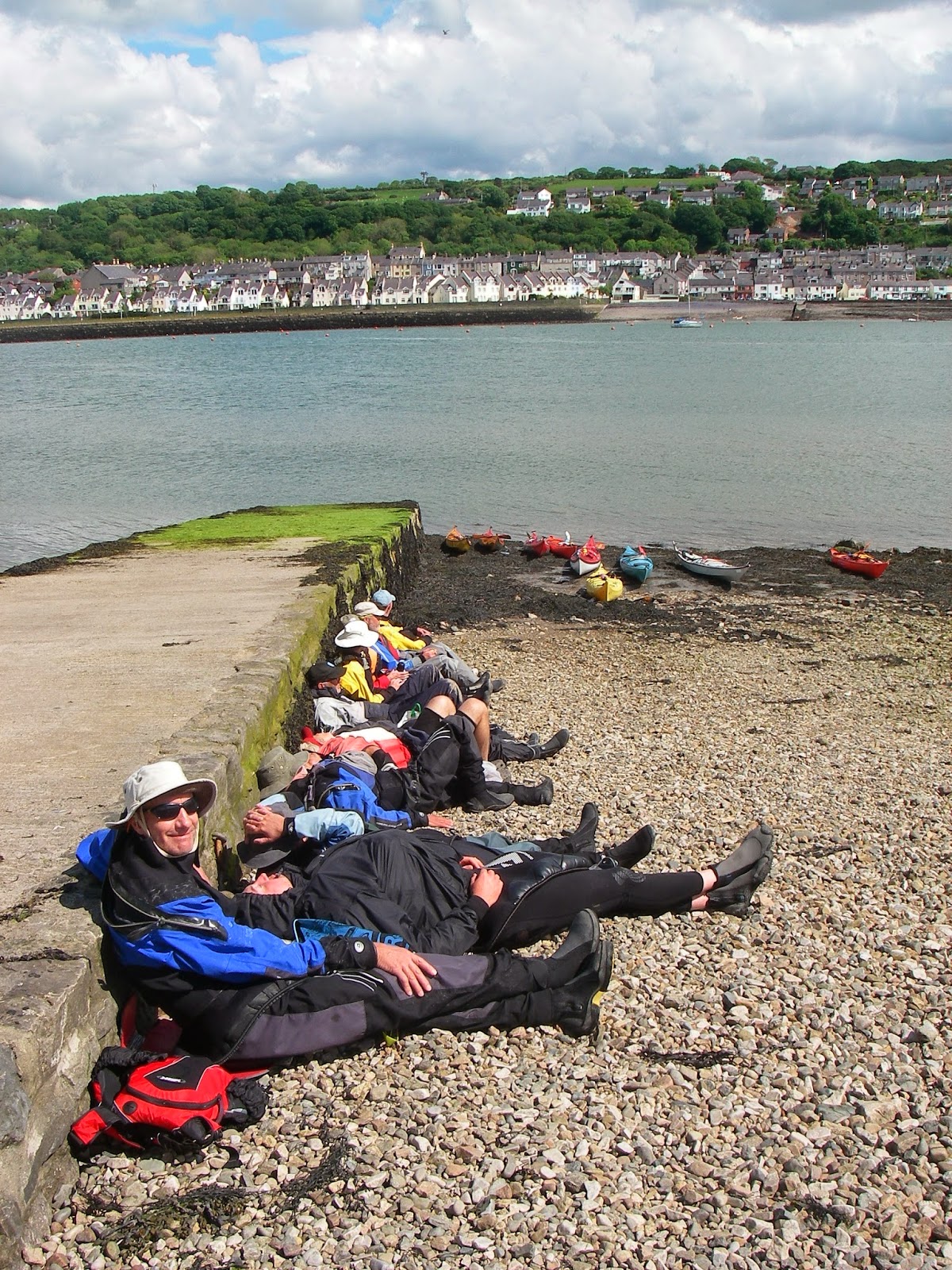 Some of the party were finding the non-stop paddling tiring... 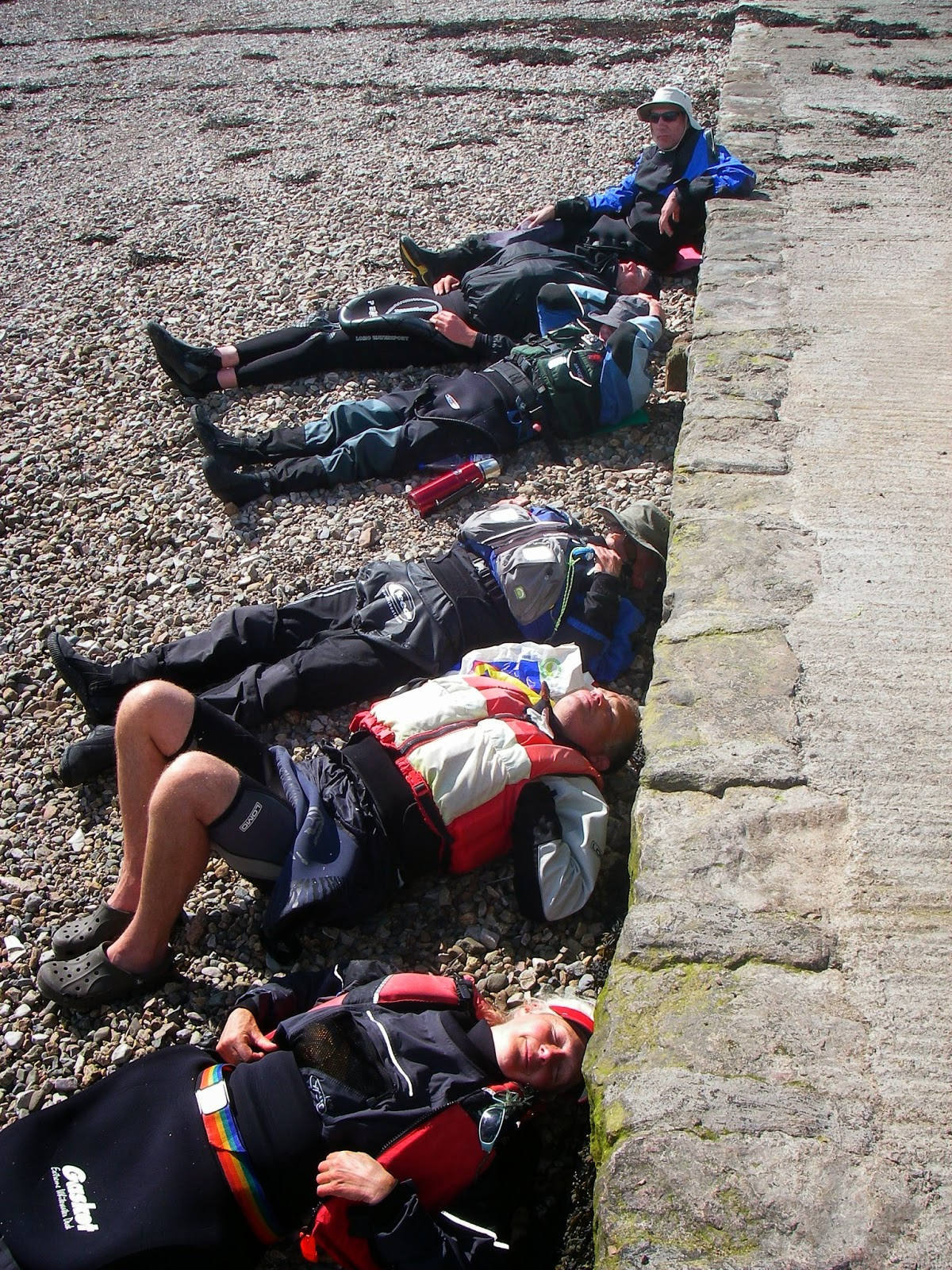 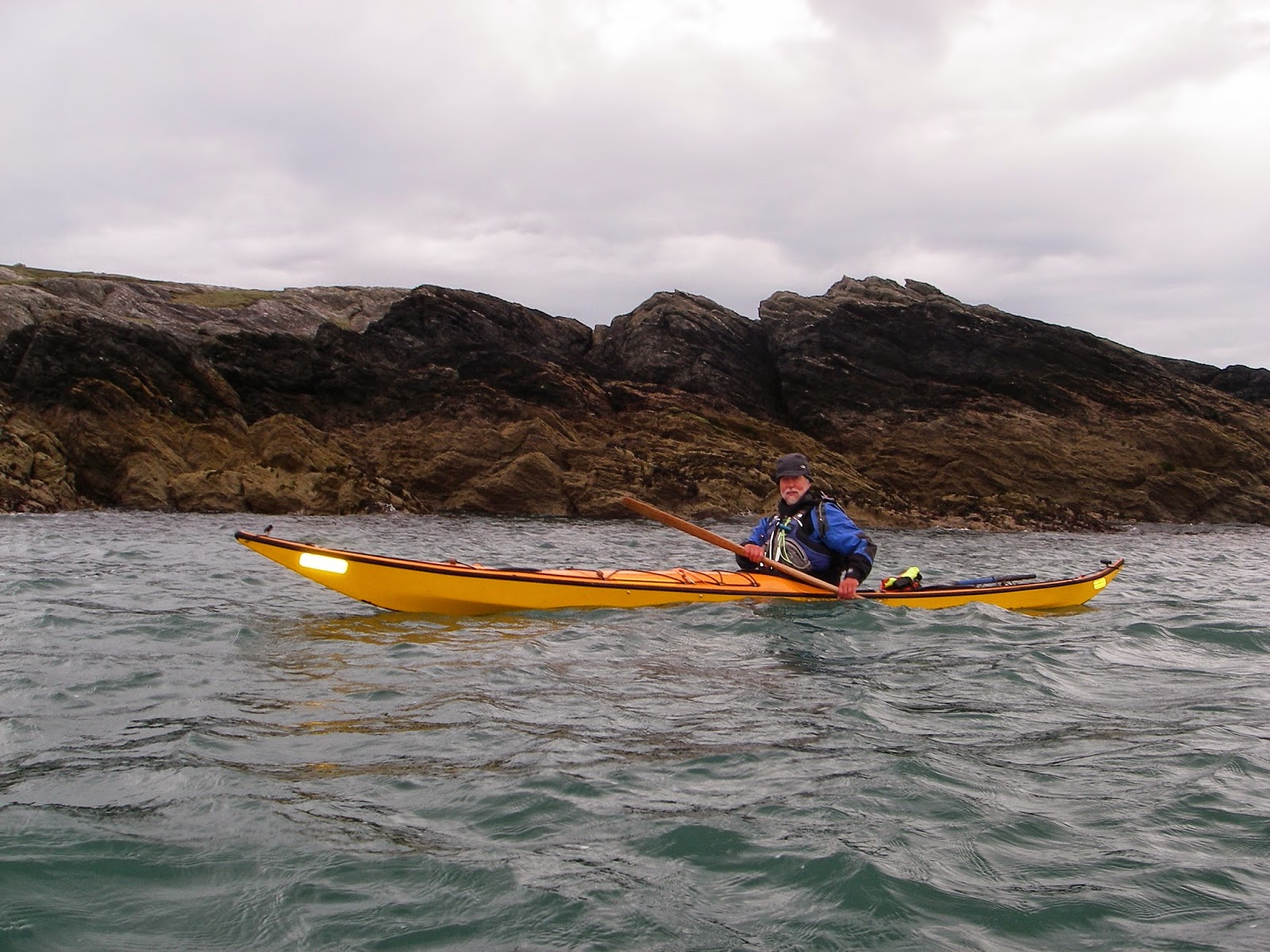 but the leader was always up for more! Hang on -who was that in the centre of the last picture? Surely not me.
Posted by Peter Bisset at 11:49 No comments: 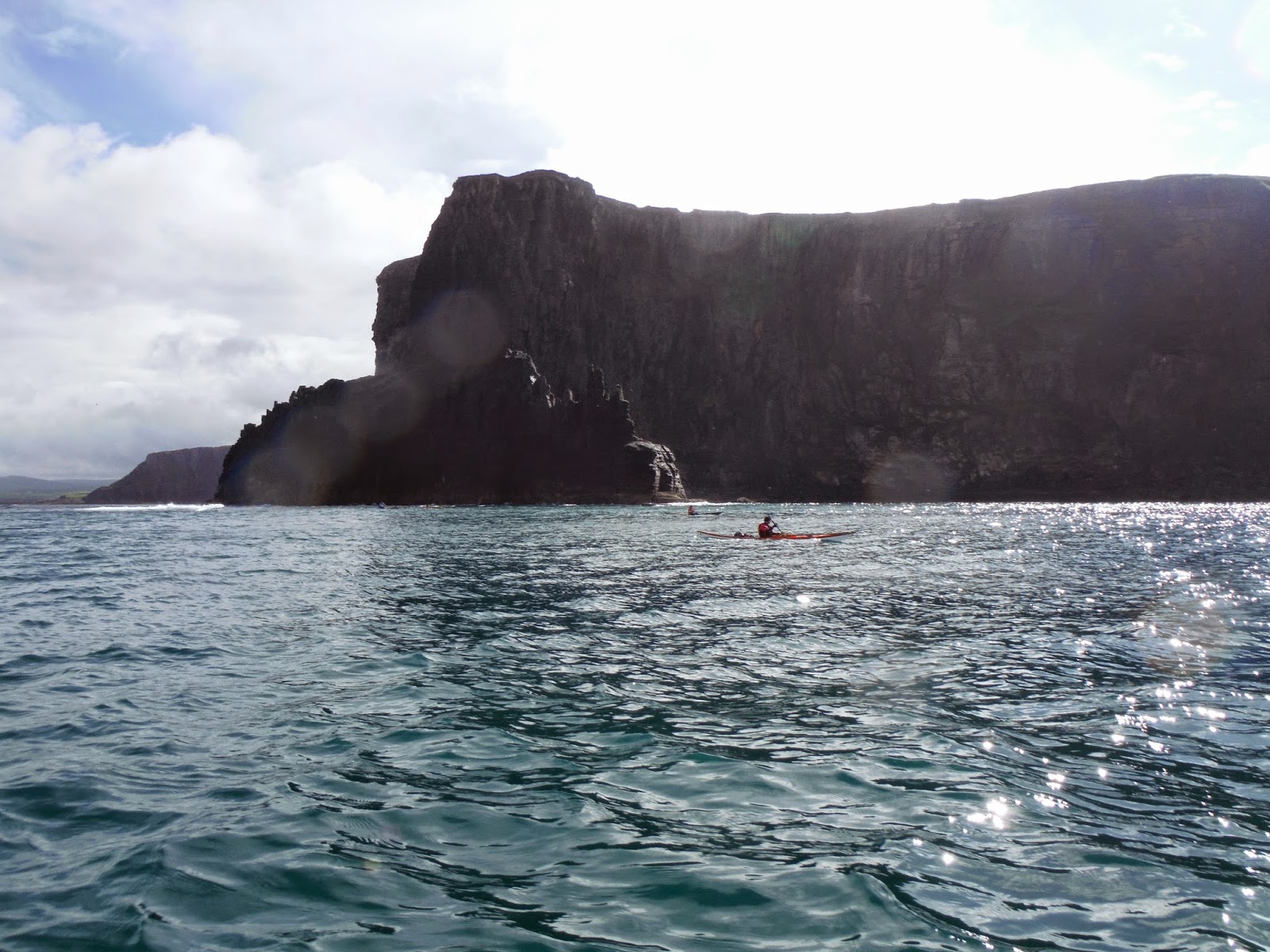 The euro-team of 3 French, 1 Italian and 2 Brits started from Doolin  and the cliffs of Moher. Up above the 'Moher Experience' with its stunningly out of place motorway style toll booths and fenced off cliff is a place to avoid. Far better walk along the 'free' cliffs from Hags Head instead. Down on the water it is still a fine place to paddle. Guillemots, puffins, ledges teaming with bird life. 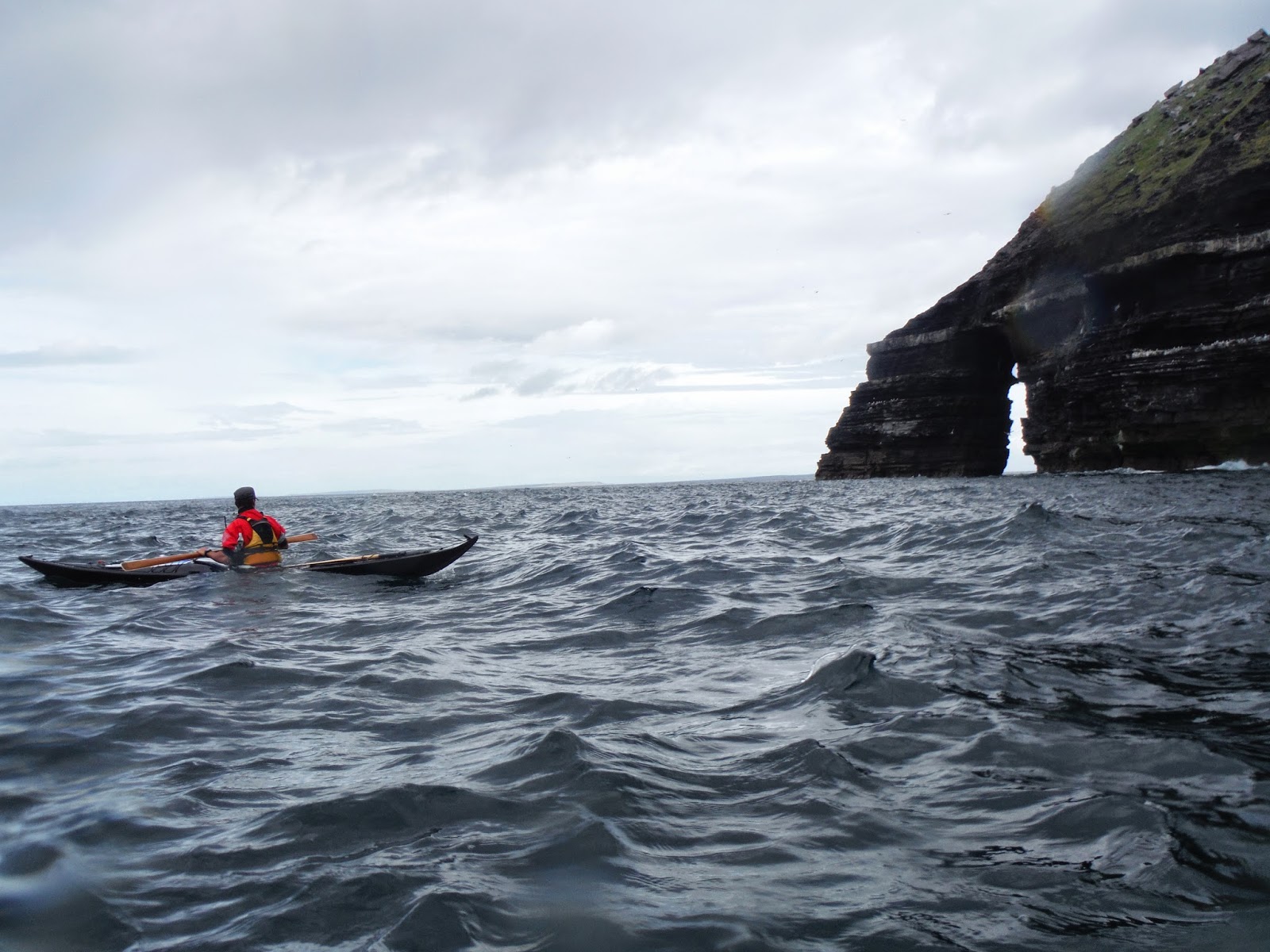 Hags Head is the most exposed section of the cliffs with its multiple arches and choppy water. 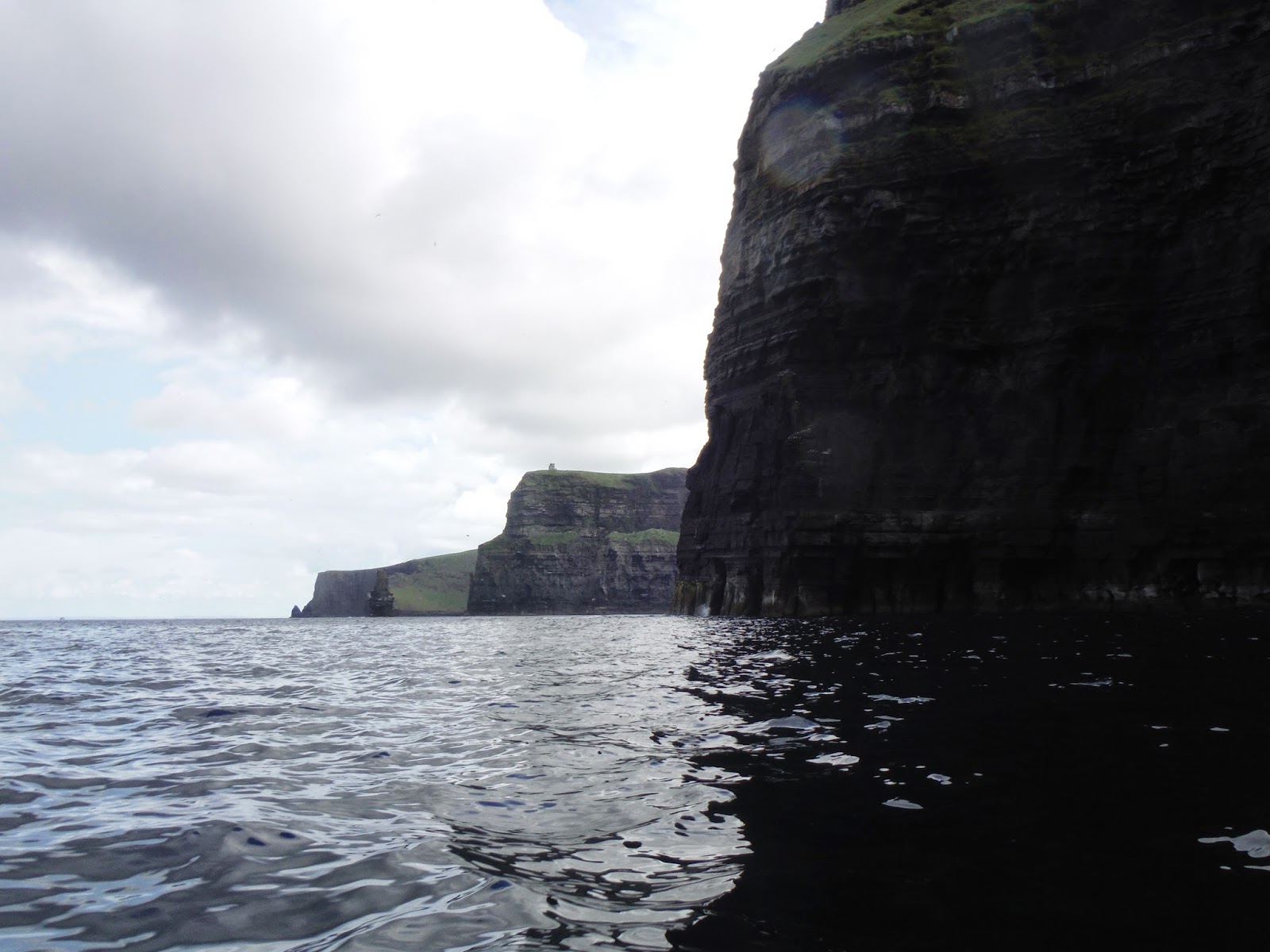 Looking back along the line of cliffs as we set course for Inisheer, the first of the Aran islands... 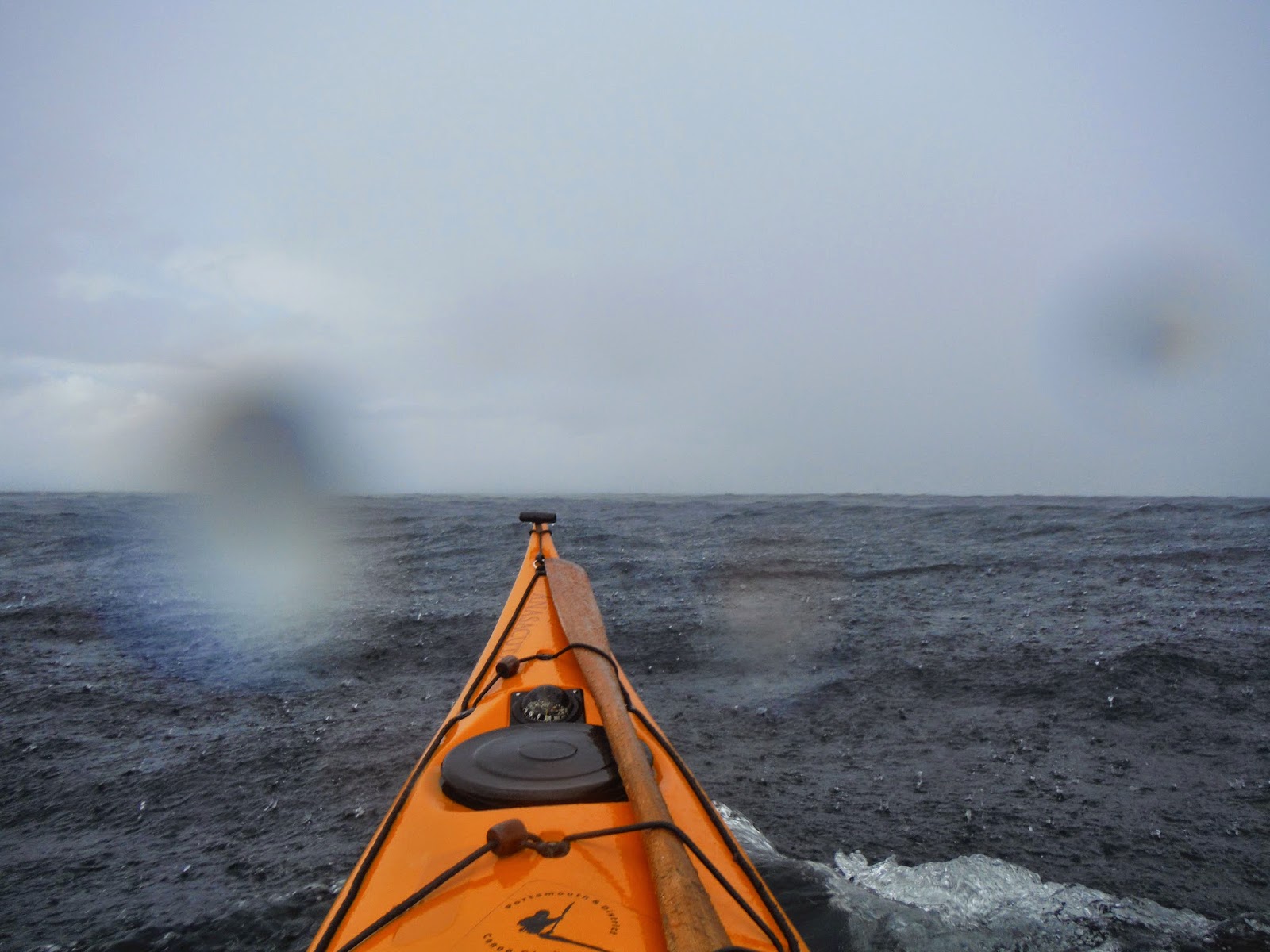 Much of our 8 mile crossing was in heavy rain keeping on a heading of 330. Glimpses of our target the lighthouse at the southern end of the island reassured us that tidal flow was negligible. No shipping, and I was very pleased when a storm petrel flew alongside, the first time I'd seen this bird in daylight. 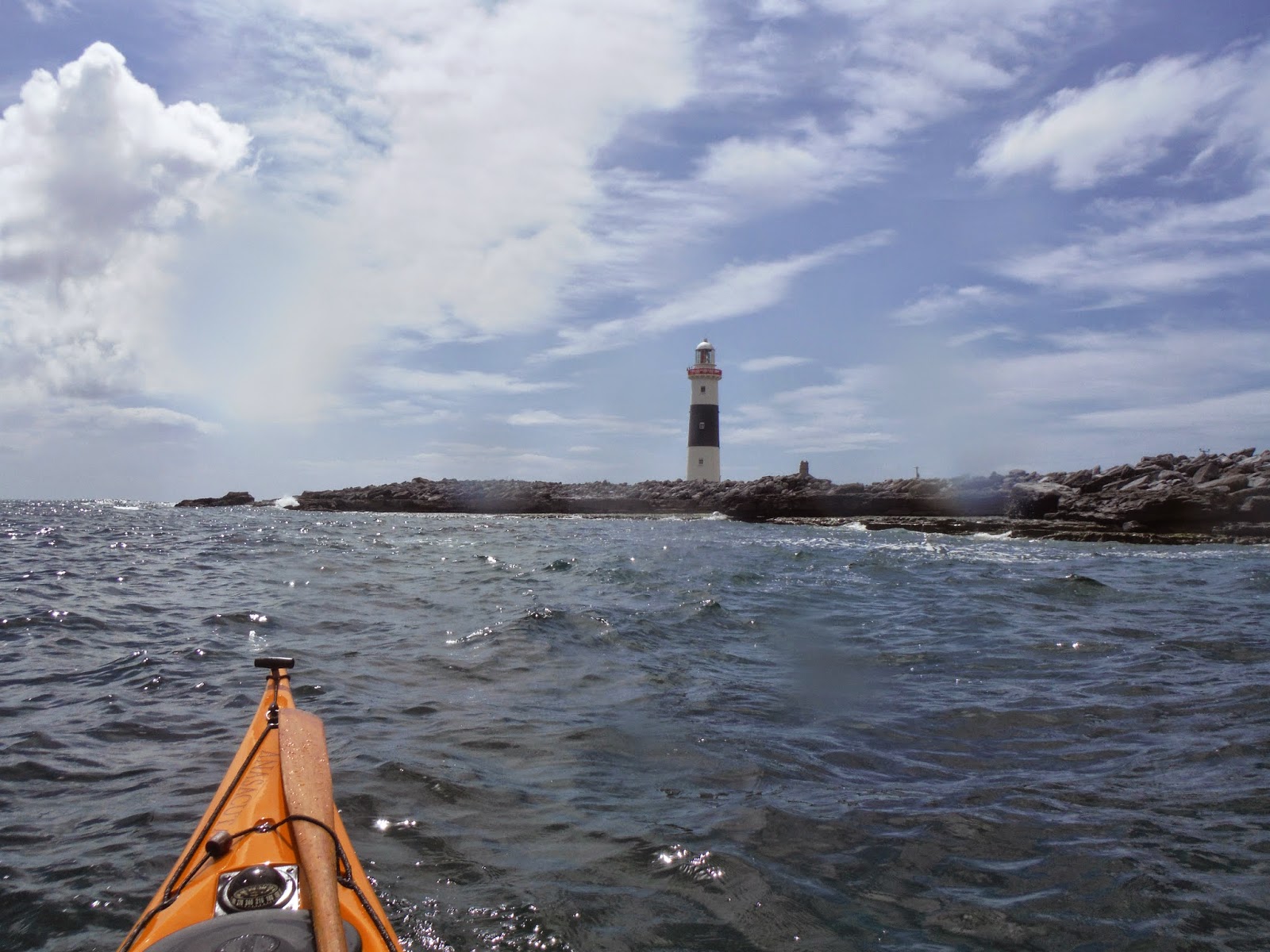 Sure enough we were right on target until, all to the good, tide near the island started sweeping us north along the coast to our proposed campsite. 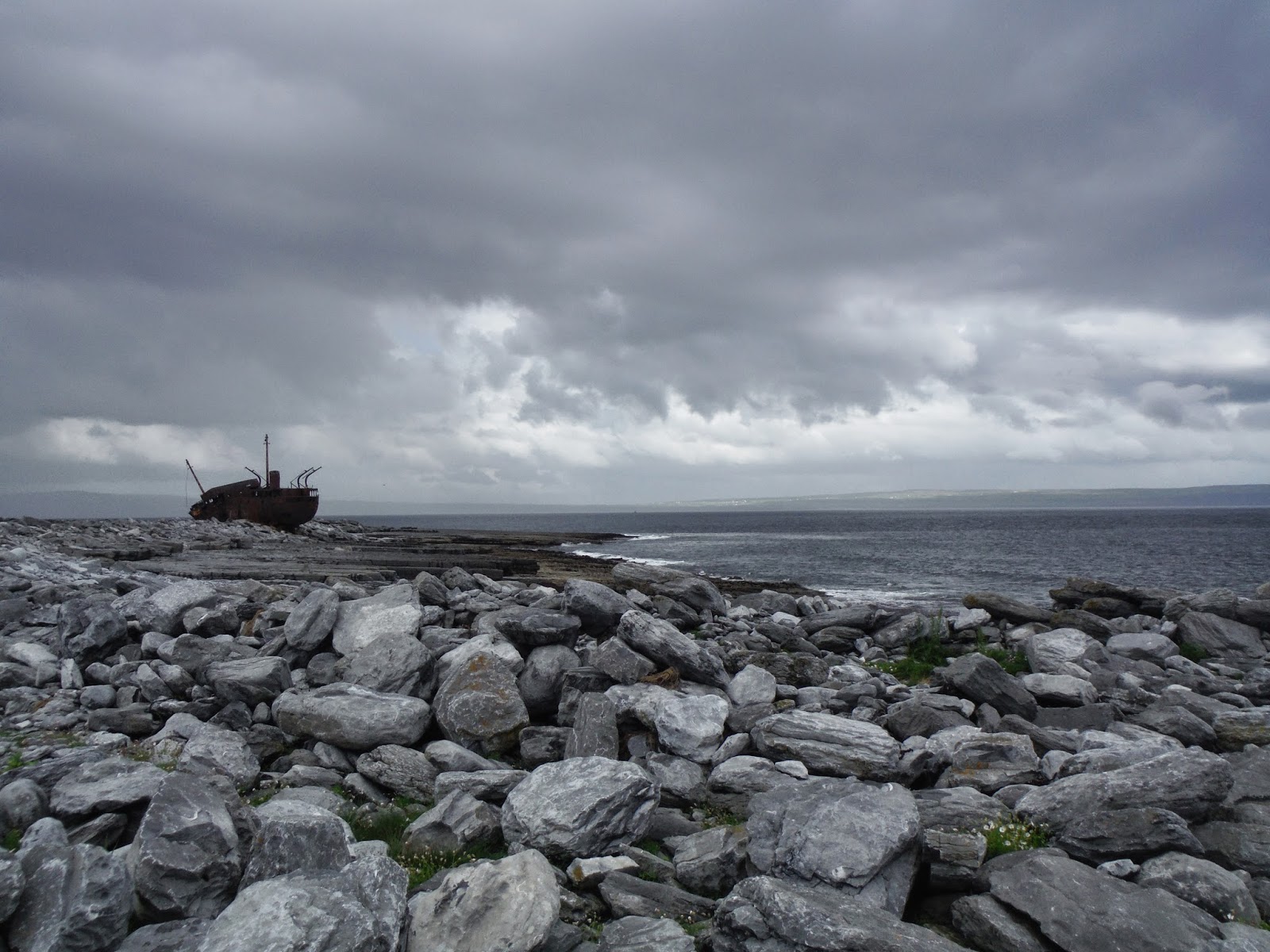 This winter's extreme storms have reworked the entire coast, the rocks looking as if they were quarried yesterday and deliberately bulldozed into position. 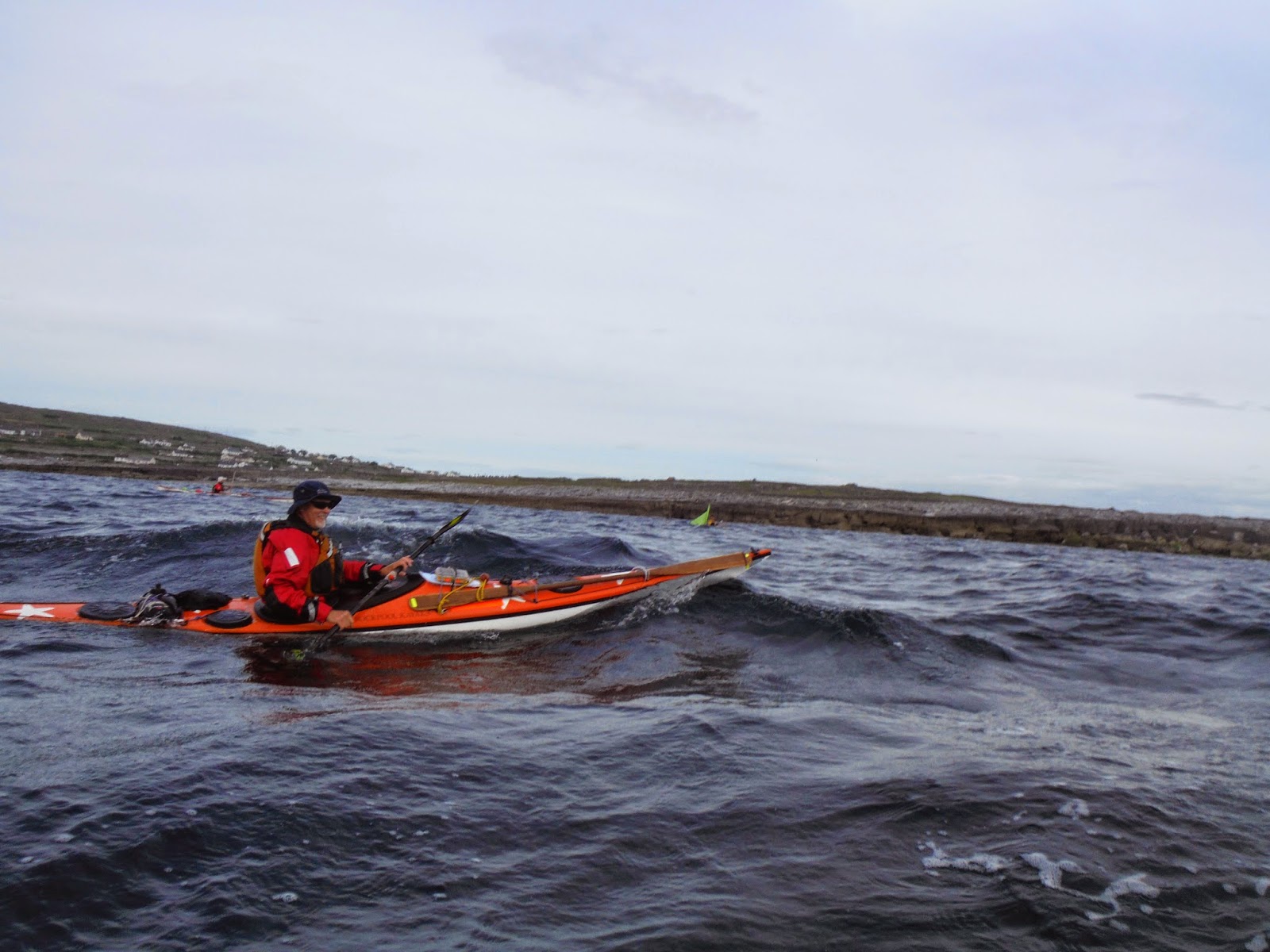 Next day we enjoyed a following wind and sea along the sheltered side of the islands, the 'outside' was too swell swept today. 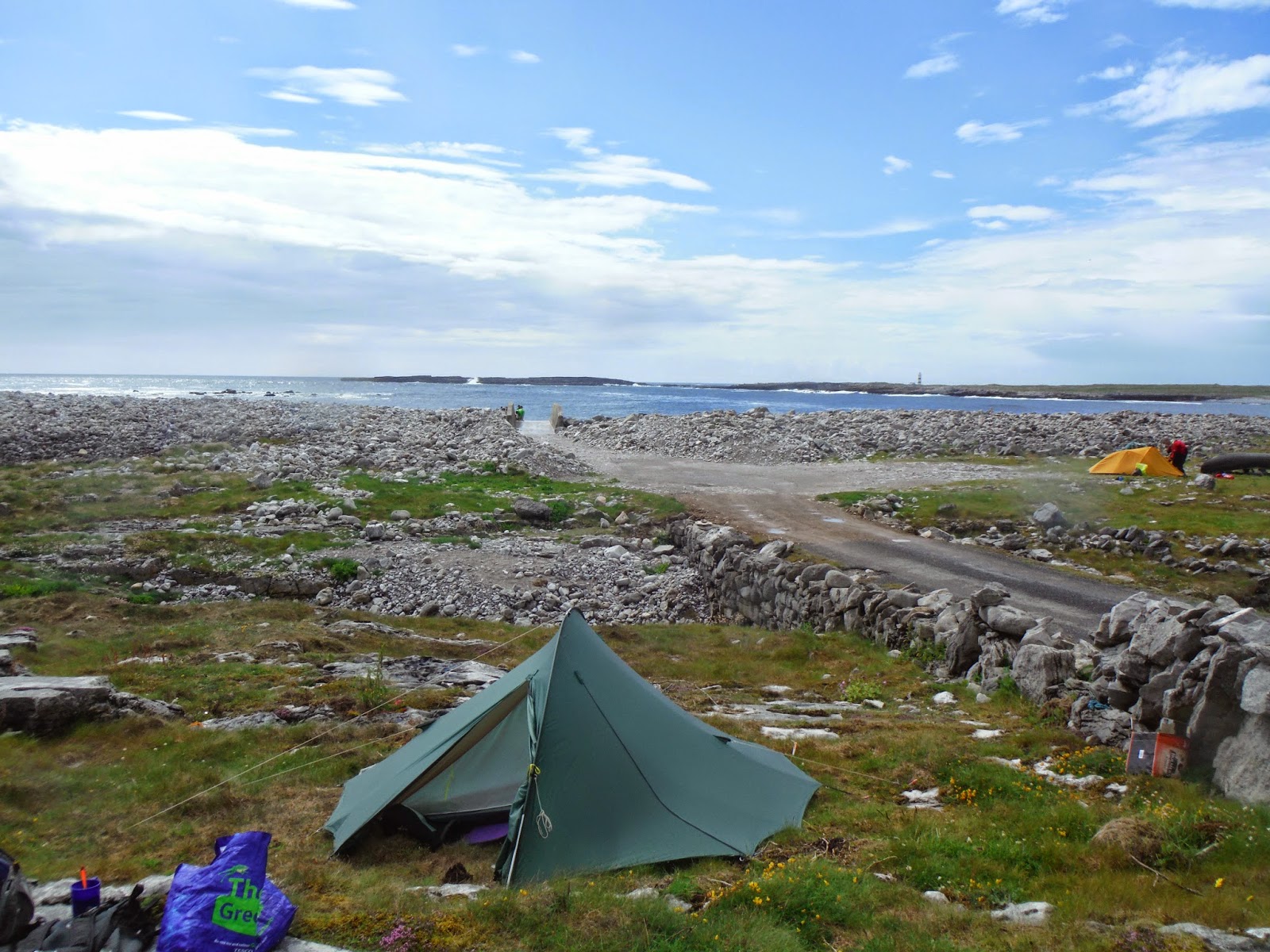 Camping amidst the reworked shore on Inishmore. 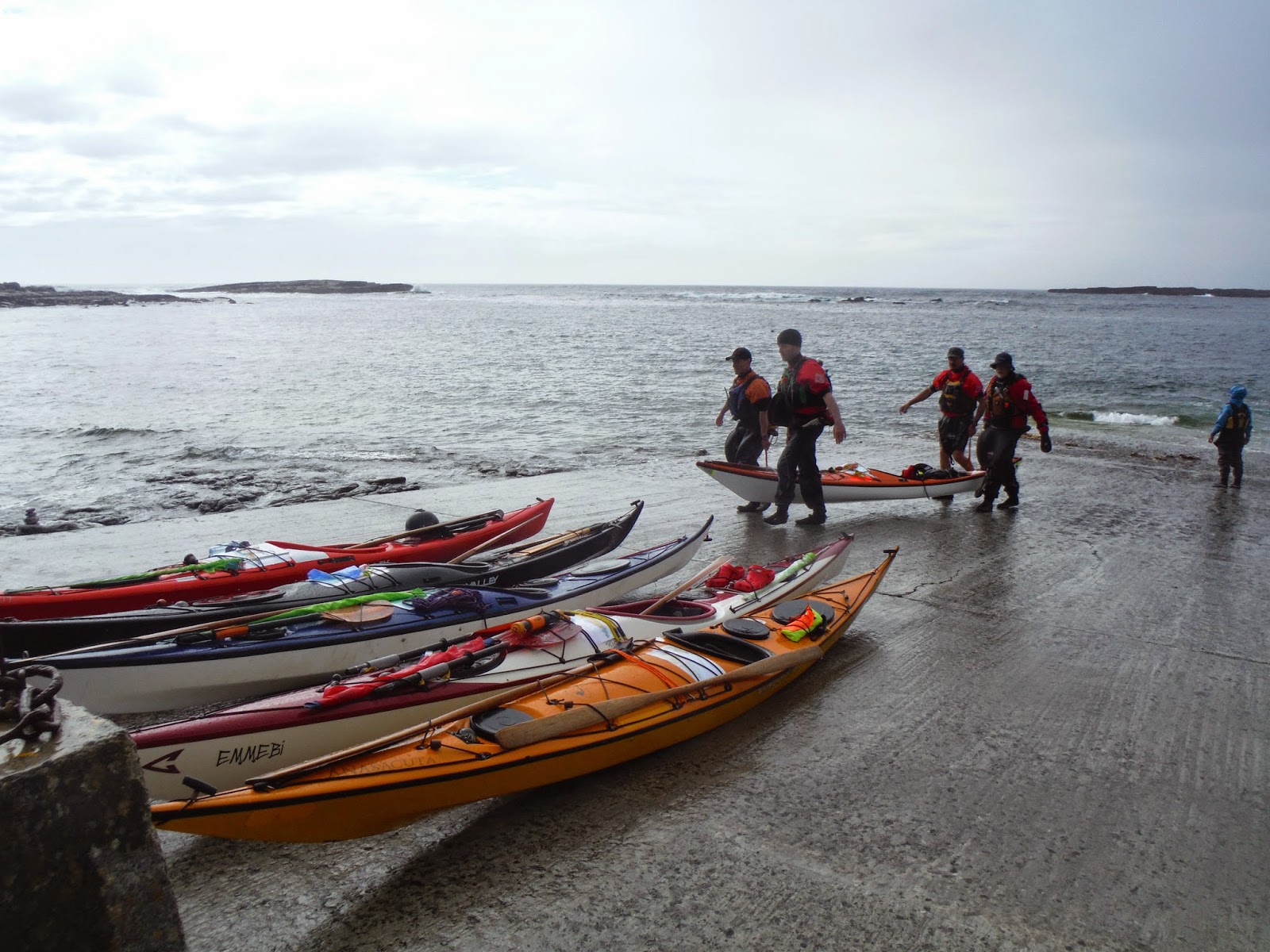 Our boats were overweight with wine and cheese, unusually I came back heavier than when I started on the trip. 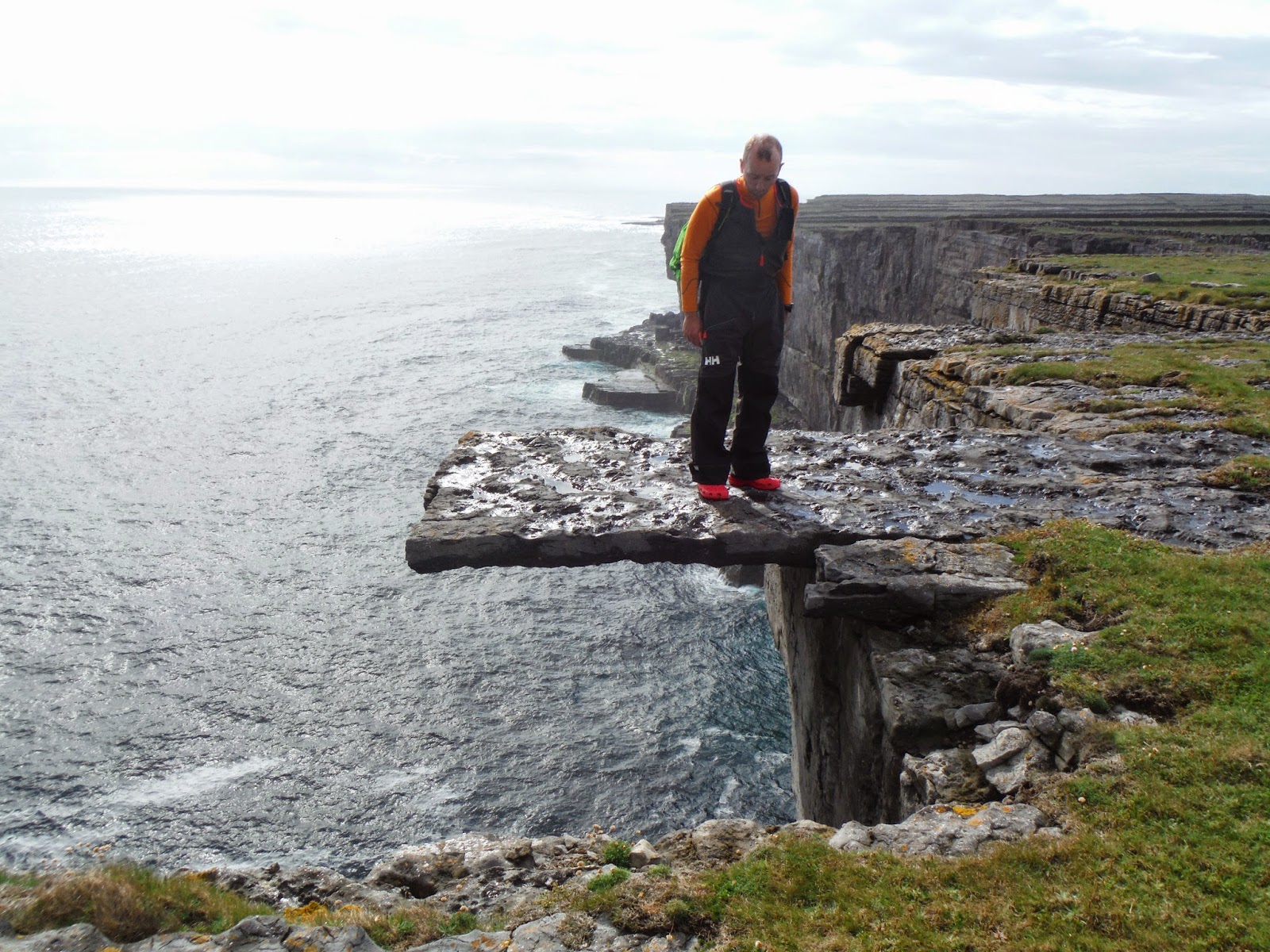 Testing the strength of an oversize Garibaldi biscuit some giant had left behind from his picnic as we followed the cliff edge on Inishmore. 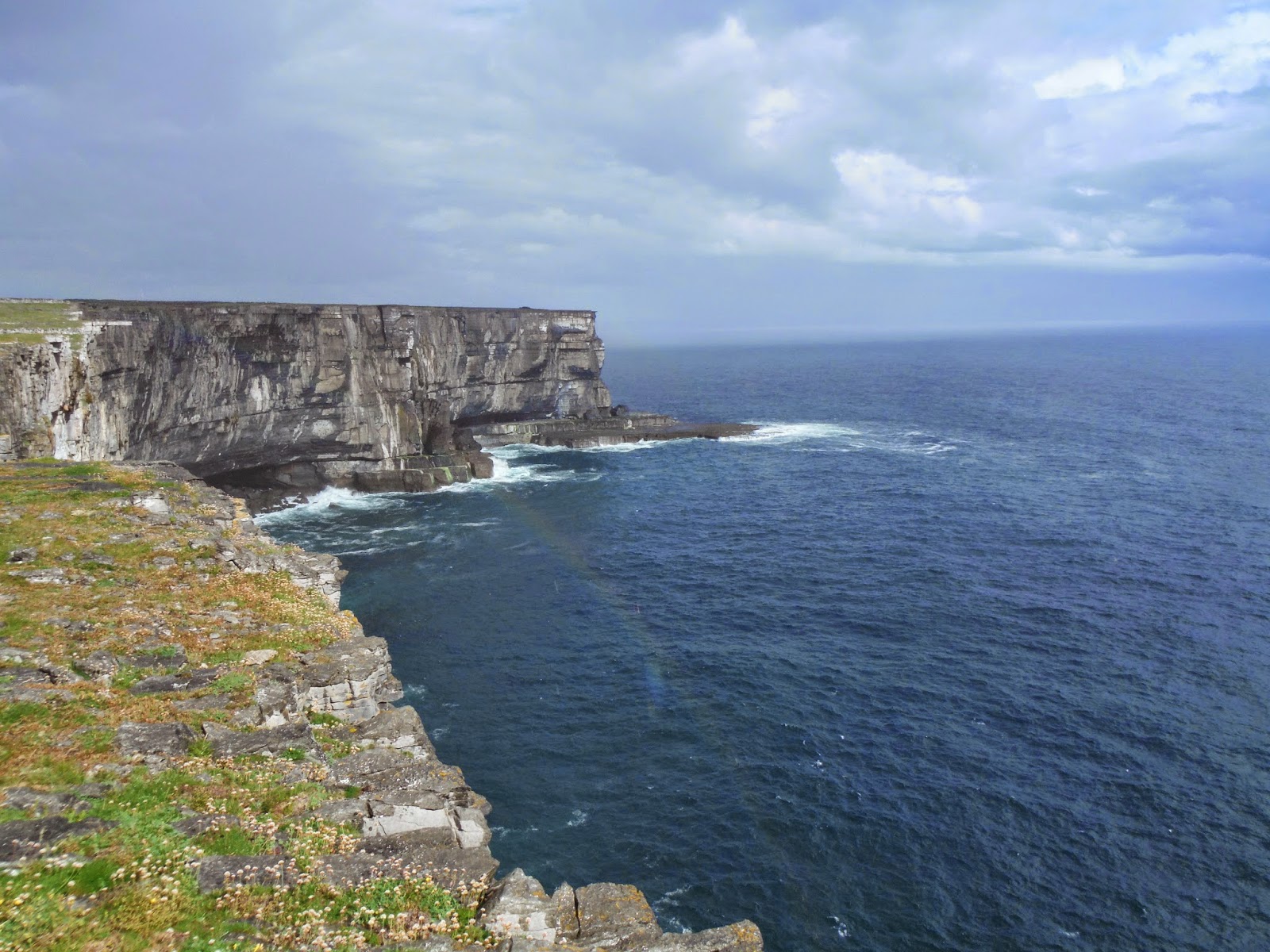 The overhanging 'biscuit' can be seen on the left. 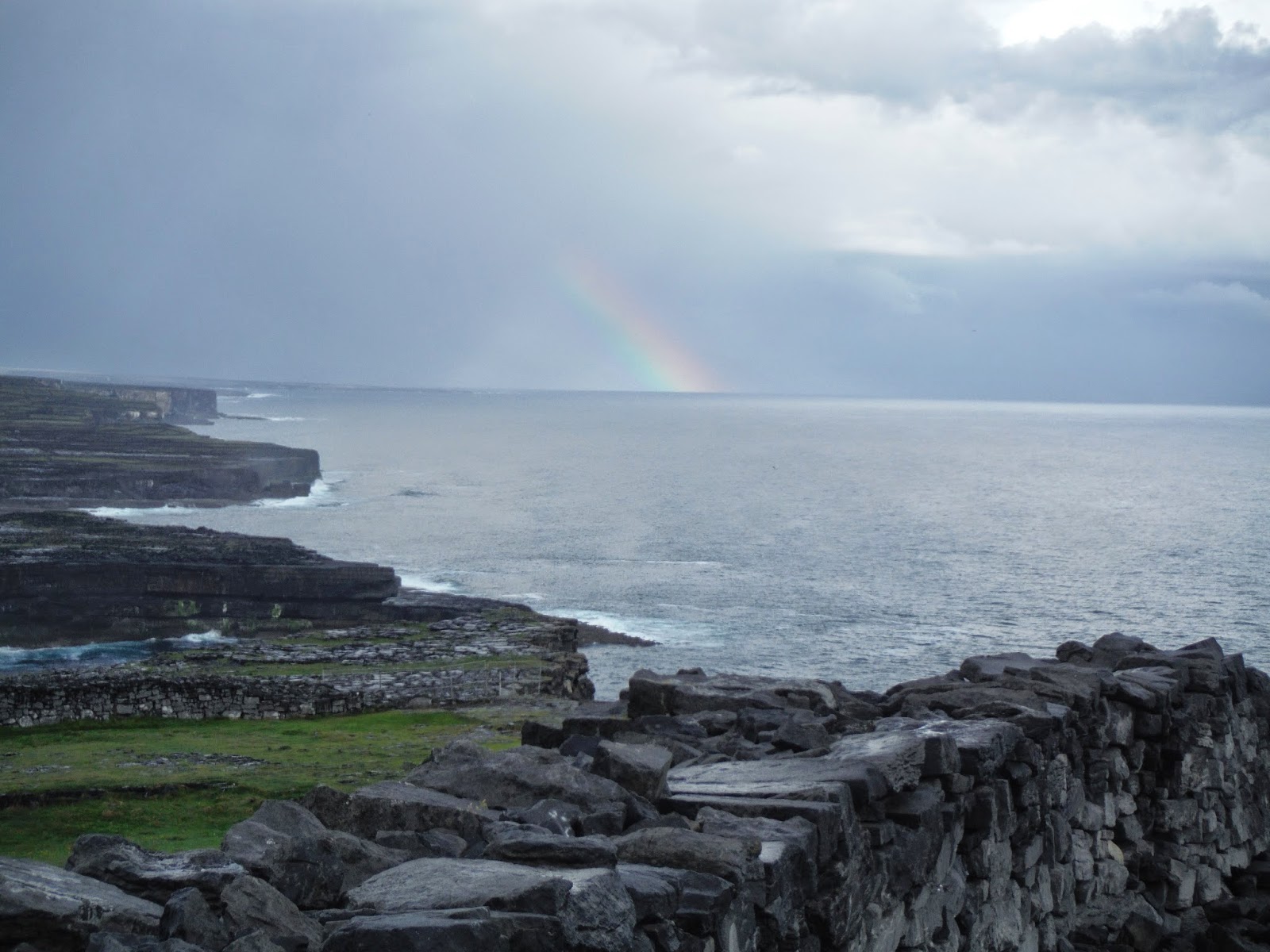 A sign of good weather tomorrow, or more sunshine and squalls?
Posted by Peter Bisset at 11:16 1 comment: