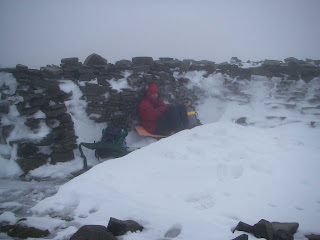 Some father-son bonding traversing Cross Fell, led to 4 hours in thick cloud walking on refrozen slush. On the way down a party of 4 walkers came in from a strange angle and seemed very pleased to see us. They were even more pleased to hear that we believed that we knew where we were going, they having made an unexpected tour of Upper Teesdale after some navigational errors. We came out of the cloud 200m away, but in parallel with the path. In the days of the 'one inch' OS this would have been good navigation and we could have patted ourselves on the back, but with a modern 1:25,000 map and compass, we could have done slightly better. The GPS user must really miss out on the self-congratulation at finding the summit or coming out of the cloud just right. 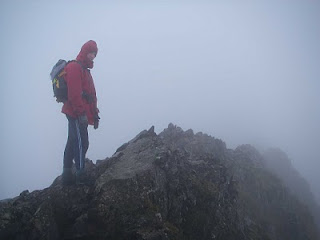 Later on we met classic conditions in North Wales, 5 hours in thick cloud around the Snowdon horseshoe. No navigational problems, and not too much ice, 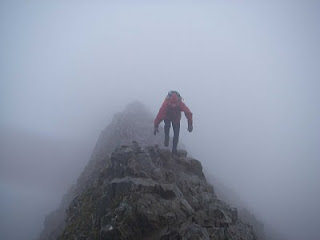 but gale force gusts slowed progress. It was pitch dark before we arrived back at Pen-y-pass, and no torches.

Posted by Peter Bisset at 09:58 No comments:

Back on the water 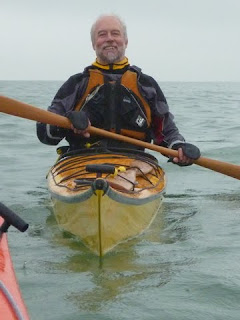 The long break in posts was because work reared its ugly head and I was away in warmer climes for 3 months. Instead of a gentle introduction, month by month, it was straight into cold water. 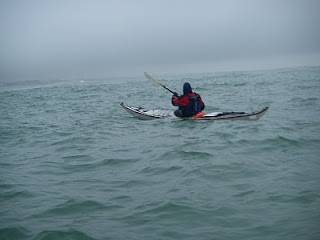 Paddling in a wintery scene off Hayling Island. 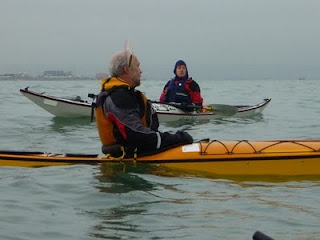 There was a clean swell, which encouraged waiting around, paddle parked in its usual place. 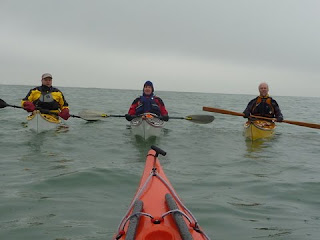 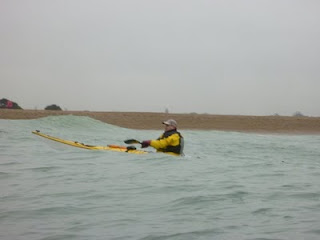 Steve waiting for a ride as the waves curled along the beach.

Posted by Peter Bisset at 09:50 No comments: