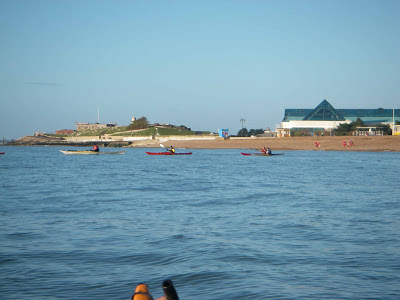 Bright sunshine as we left Southsea, dodging the 1000 Santas and Santarettes doing a charity fun run from The Pyramids. A few pursued us as far as the sea, click on the photo to see the red dots in more detail. 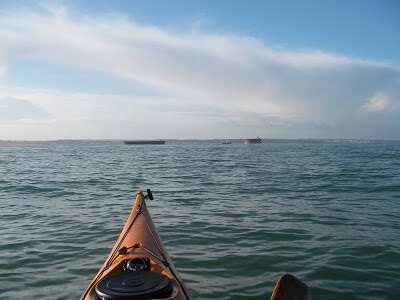 Crossing between the forts we saw a place not to be, between an ocean going tug and its barge, but we were well astern. 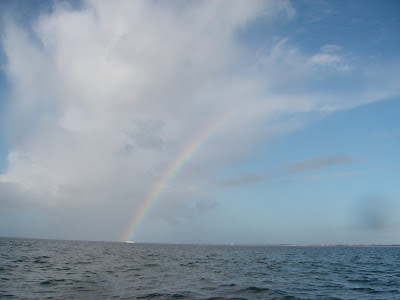 And a rainbow, promise of good weather as we approached Ryde for lunch? The inshore forecast said 5-6, but it was 2-3. We came across a large tree awash, complete with branches and roots, and gave QHM a call on the VHF to advise shipping. We heard of its westbound progress with the tide, past the hovercraft and fast cats, past Fishbourne and the ferries and on towards Cowes throughout the afternoon on the radio. 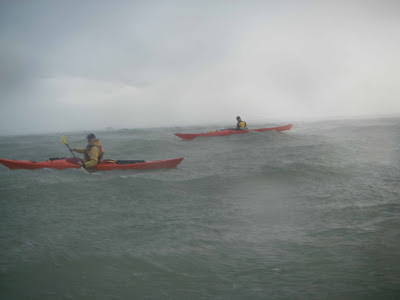 Then the 6 materialised in a vicious squall coming out of nowhere, but mostly from behind. 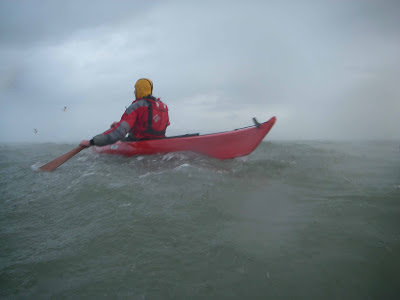 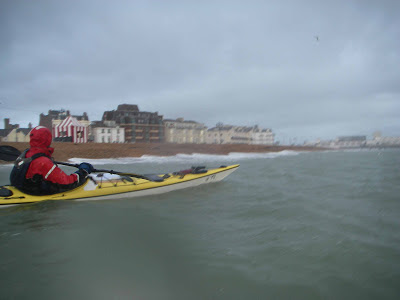 Back to Southsea for a bumpy atterrissage.
Posted by Peter Bisset at 20:42 No comments:

Once again the start of winter 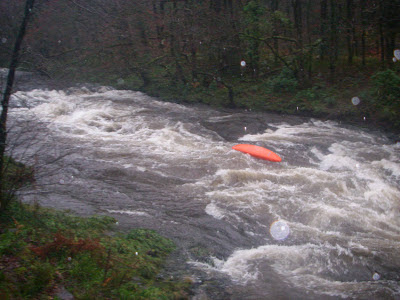 Winter, time for our annual forays into freshwater. Last weekend there was plenty of water. 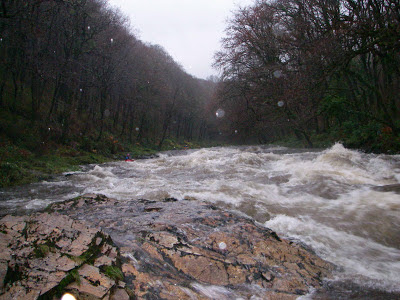 Liz lines up for the second part of the 'Triple' on the Dart. Unexpectedly warm water, as tropical air mixing with the cold gave us torrential downpours. 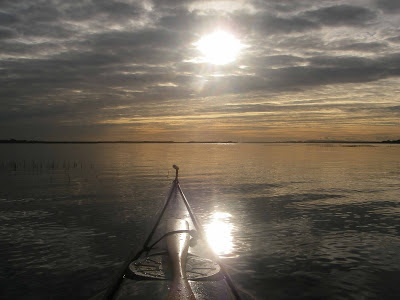 Meanwhile, how tranquil the sea can be, our own personal beam of sunshine in a wintery sky. 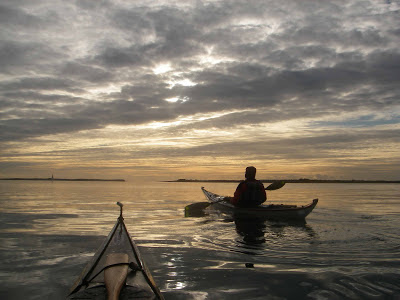 Not a breath of wind on the 2nd day of December as we paddle towards the entrance of Chichester Harbour and the open sea. Chilly, only 3 degrees air temperature and 5 degree water. Once into the open sea, our fingers rejoiced at the jump to 10 degree water. There was even a wave, or rather several waves, peaking here and there as their patterns crossed in the shallow waters of the West Winner. We spent sometime chasing the waves, they proved completely unpredictable. Once, just once, I happened to be in exactly the right spot and found myself surfing down a huge wave face, 5 seconds later and it had vanished again, never to reappear.
Posted by Peter Bisset at 09:54 1 comment: