A few days based in Saltburn 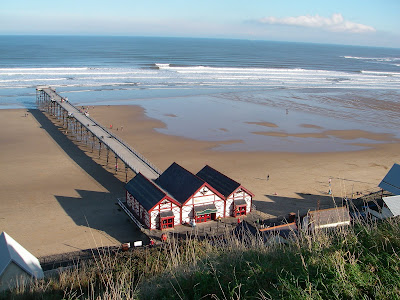 Wednesday morning was bright and sunny at Saltburn. However, the swell was on the large side, and, despite having our helmets in the car, we decided against tackling it. Magic seaweed had it at 9' and Windguru 8'. 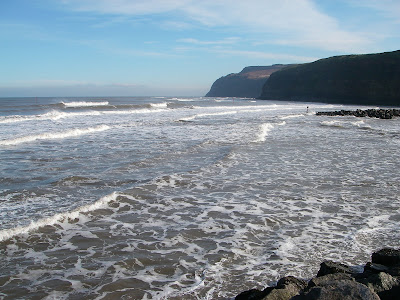 We drove along to Skinningrove, thinking there might be a deep channel out through the waves, but it was closed out with 3m waves dumping a long way out. 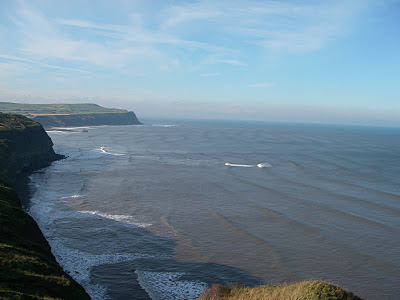 From 200m up on the cliffs between Skinningrove and Boulby, the scale of the swell is obvious, with sets breaking over 1/2 nm out to sea. We met the Rainsleys later in the week, at sea, under Whitby light house; they had also decided against launching on this section of coast on 'Big Wednesday'. 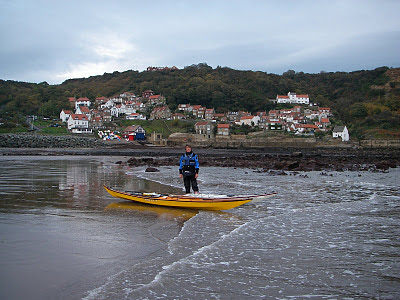 Thursday was overcast and threatening, but launching at Runswick Bay posed no problems. 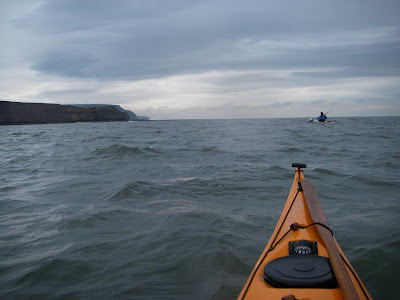 The swell was down to 4', but even so we had to stay well offshore to avoid the well spaced larger breaking sets. The cliffs are 100-200m high. The pilot predicts weak tidal flows along this coast, but at one stage when we should have had maybe 0.5kt with us, it was like paddling through treacle even with the F3 tailwind. We shot back against the wind. Complicated eddies along the coast. 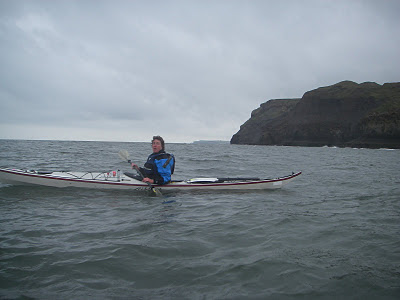 We heard a rumble, and a then crash, as a substantial cliff fall left a cloud of dust blowing along the beach. There were a few fossil hunters on the beaches after yesterday's swell, so we paddled in a close as we dared, hoping not to see a casualty. No-one seemed to be around, so it had not been set off by an incautious geological hammer. 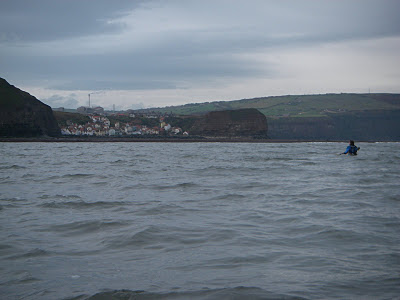 Staithes is a picture post card village, despite the Boulby potash mine behind it. Surf was breaking over the reefs on either side, but a narrow deep water channel leads straight into the harbour. 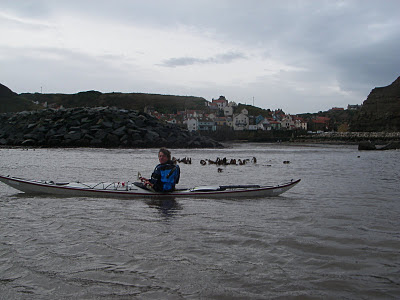