A rare sight: pintail ducks on the river 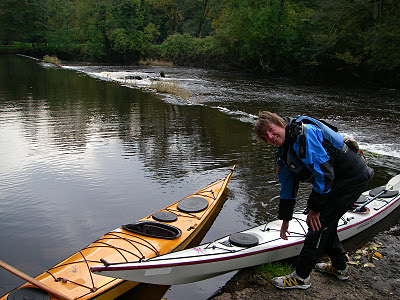 Stormy at the weekend, so we launched from this weir, a stones throw from my parents' home. 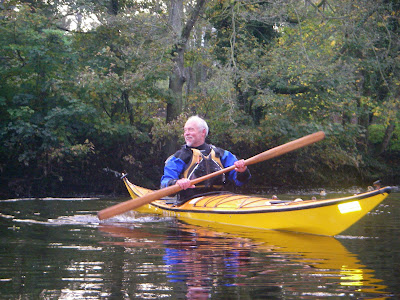 Autumn colours, laughing as I let my stern be carried backwards out over the weir. Why do I have to flirt with the possibility of an embarrassing exit from the photo? 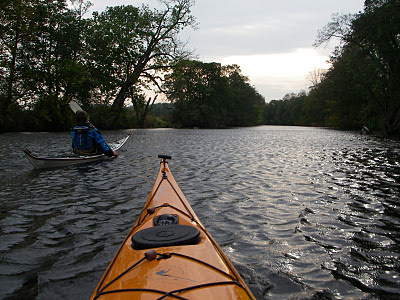 Then up river into the tide, 'current' as I believe it is called in freshwater. 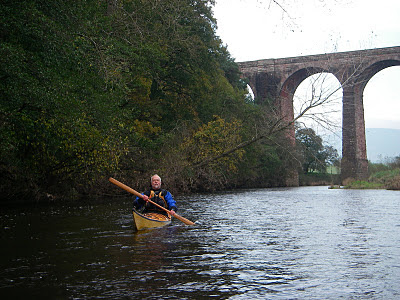 The viaduct is the normal Summer limit of navigation, and even then a bump and a scrabble up over a couple of gravel runs. Now with more water and boats that can make way uptide much faster than our playboats, we could master the rapids, even if it was mm by mm at times, and paddle beyond the Ormsides. 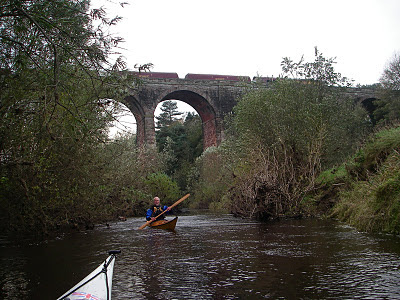 Here making use of the side channel believed to have been cut by the Romans as they improved the navigation as far as their fort at Verteris (now Brough). 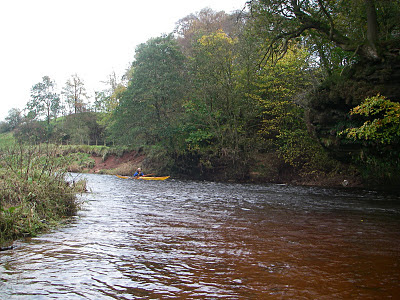 Dark was falling as we slid home downtide and downwind, practising breaking in and breaking out. 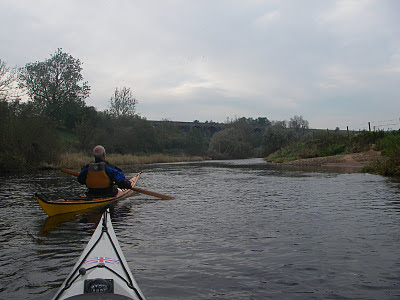 Was that dark head swimming across the river an otter?
Postscript: Friday 17th February 2012 we watched 2 otters, female plus 3/4 grown cub, making their way in and out of the water for 2 miles along the banks here as dusk was falling. A magical stalking session.
Posted by Peter Bisset at 19:50