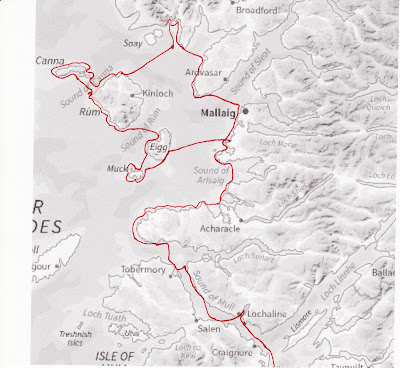 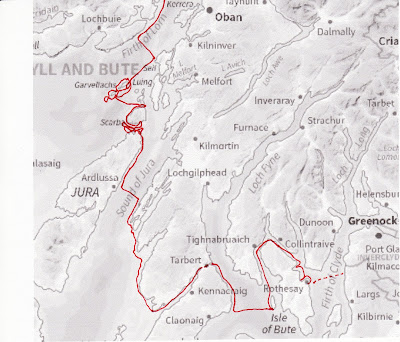 Fair and settled weather meant open crossing were no problem and I was able to play around the Garvellachs, Grey Dogs and Corryvreckan. My plan was to take in the Mull of Kintyre but deteriorating weather and named storm 'Hector' forced the viking option of portage at Tarbert. Then the not so sheltered waters off Bute led me to the safe option of paddling via the Kyles and catching the ferry rather than a paddle across the Clyde. I had hoped to return via Ailsa Craig -next time?
Posted by Peter Bisset at 10:33