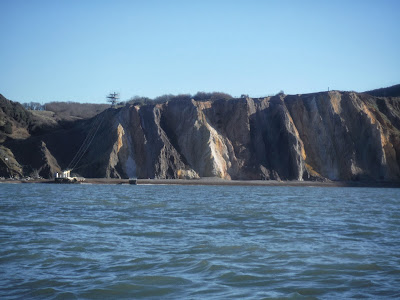 Saturday dawned unbelievably blue after day following day of grey and storm. We set off towards the Needles, Alum Bay looking bright with freshly eroded white and ochre cliffs. 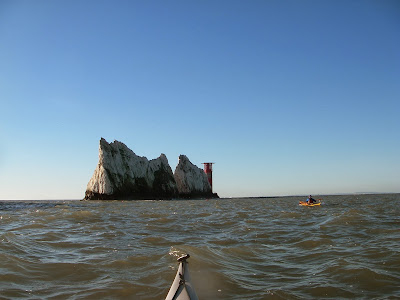 The sea was still brown, churned up by the storms as we approached our target. 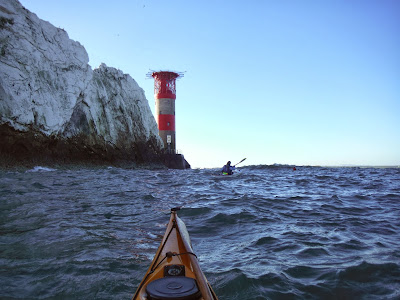 The lighthouse was attracting the swell and we had to skirt the breaking seas over the wreck. 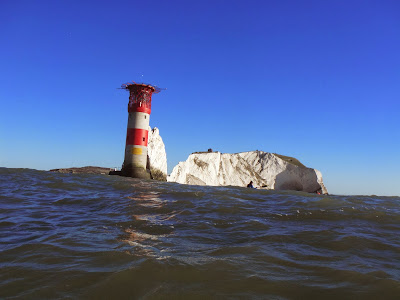 What a blue sky! Often in summer the vapour trails of aircraft spoil the sky, but not today. 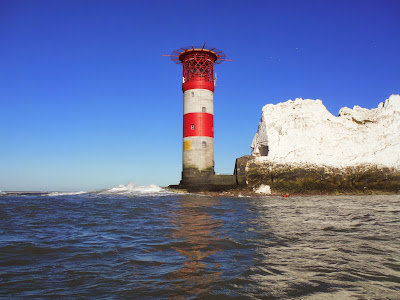 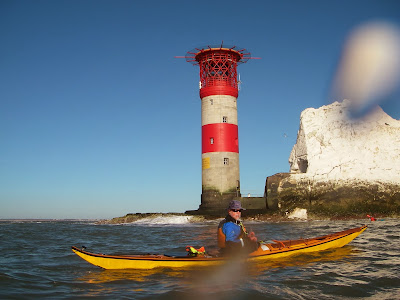 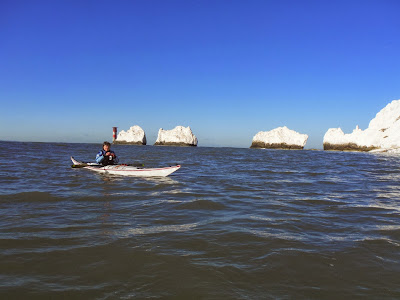 Beyond the Needles the sea was calmer but the swell made Scratchell's Bay unattractive for a controlled landing. Another group of about 8 paddlers had landed so there would have been someone to catch us, but we were looking for solitude and paddled back across the shipping channel into the Shingles. 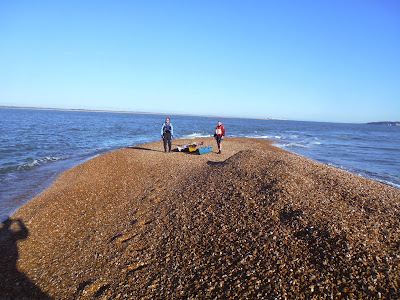 The Shingles, a mile or two SW of Hurst Castle is a strange patch of sea, with breaking waves far out to sea, unpredictable currents and shallows. The un-nerving noise of invisible shifting shingle a few metres under your keel. The storms had raised a couple of the banks to well above the HW mark and we manage to catch a breaking wave up onto a flattened beach. 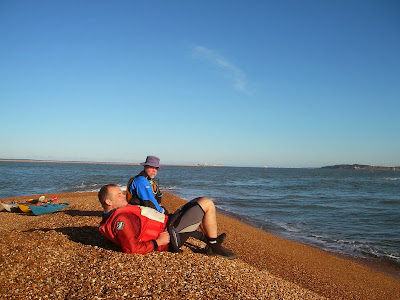 Lords of all we surveyed, probably the only human visitors our island will have before the natural ebb and flow wash it away again in a few days. 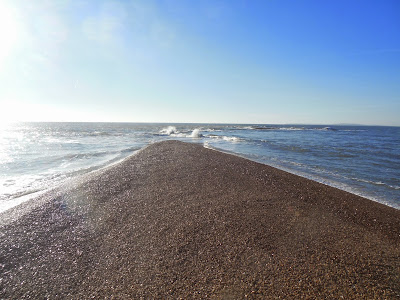 The full extent of our domain borrowed from the sea. 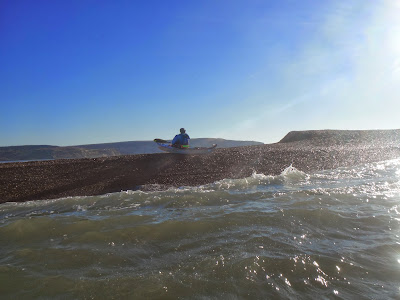 When the time came to leave the sea had covered our landing spot so Liz demonstrated the backwards seal launch to avoid the skeg-jamming fine shingle. 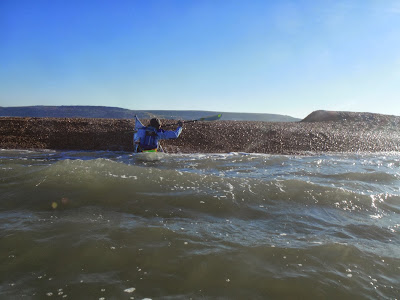 It wasn't as easy as it looked, the flood tide was swirling past at a rate, tugging the stern sideways necessitating leaning hard downstream. 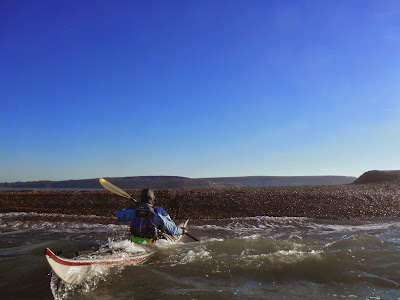 Capsize averted it only remained to paddle home. Despite the calm seas, Hurst Castle put up some enjoyable standing waves and breakers as we powered through with the tide. Could you have a nicer day?
Posted by Peter Bisset at 21:04