Winter Weather on the Thames 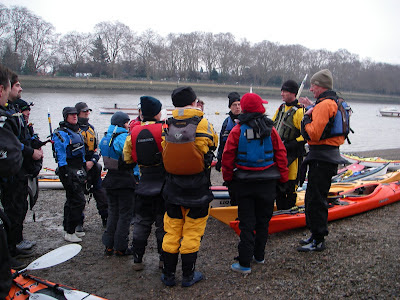 The briefing by the trip leader prior to our paddle from Putney to Wapping and back. Be careful what you wish for. . . . just a week ago I was lamenting the lack of Winter, and here it was, cold hands, cold feet. 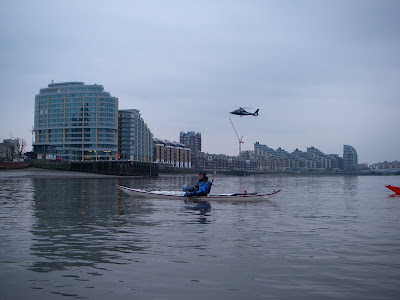 Down the Thames under a wintry sky.
So, so cold loading the boats and slipping out of the drysuits. Mid winter madness? or was that what was afflicting everyone except us, watching Celebrity Whatever and missing out on the snow and the river. Now there was just the drive home!
Posted by Peter Bisset at 13:50