Look, and marvel at your own eyes 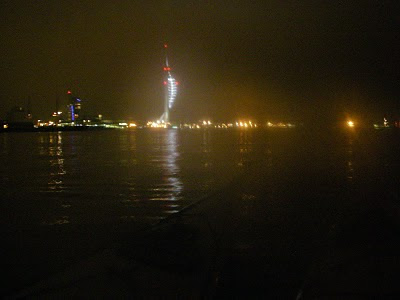 Paddling in Portsmouth Harbour last night, a dark misty night with virtually no wind, we reflected on the marvel of the human eye. The physical change in f-stop by the opening and closing of the iris, coupled with complex chemistry makes an almost seamless transition from the darkness of the water to the brightness of the skyline. To our eyes, the kayak decks in the foreground were just as light and clear as the Spinnaker Tower. 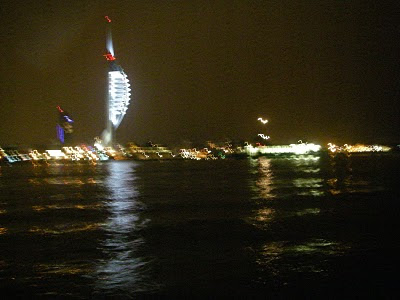 Then there is the image stabilisation, a mixture of saccades and micro-saccades, moving the eyes in controlled but very rapid jerks, coupled with 'smooth pursuit', keeps things perfectly still. For the first photo I was rafted up to try and keep still for the camera, fast as the digital exposure is. Then in the second, the faintest ripple from the Gosport ferry and the camera gives up, not so the eyes.
Posted by Peter Bisset at 10:04